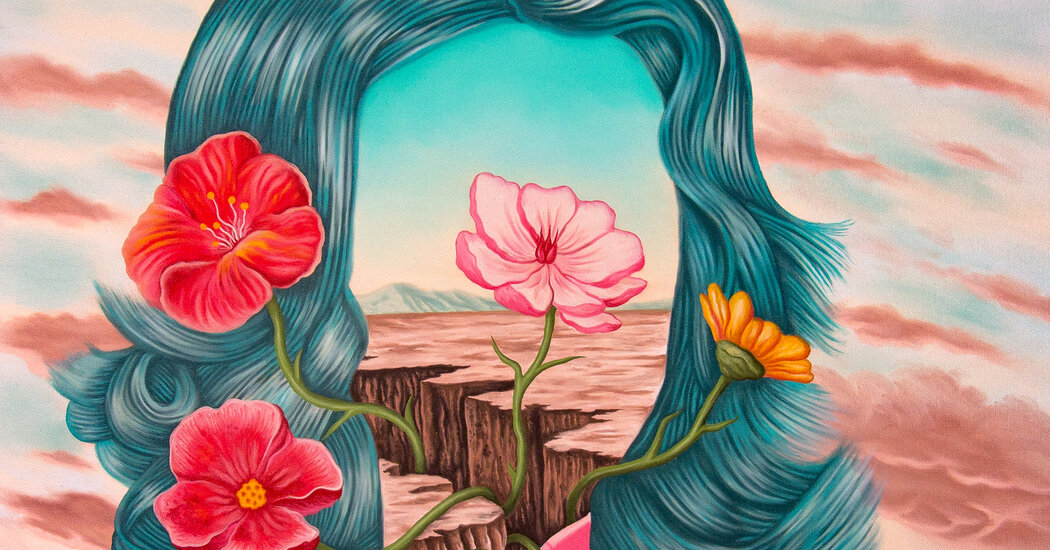 JUIZ DE FORA, Brazil — My first encounter with ketamine did not go well.

A lifelong depressive — I picked up the habit of despairing sadness in early adulthood and it remained faithfully with me — I’d turned to a more experimental form of treatment: ketamine infusions, in which a kindly anesthesiologist funnels the drug into a sad person’s veins for around 50 minutes and hopes it perks her up.

Forty-five minutes into my first session, I rather anxiously asked my partner, who was in the room with me, if our 3-year-old daughter was fine. He decided it was the perfect time for a joke. Our daughter, he answered, was safe at home — and as a matter of fact she was already a very independent 15-year-old.

I panicked. While under the strong, dissociative effect of the drug, patients sometimes enter what’s called the “k-hole,” when the sense of time and space is distorted or eliminated. In that state of oblivion, I found it entirely plausible that my daughter was not a toddler anymore, but a strong-willed teenager. I became very distressed. My heart accelerated. The anesthesiologist hurriedly ended the session as my partner said, “I’m kidding, sorry! She’s still 3!”

It was an inauspicious start, but I was determined to make the best of it. Ketamine, long used as an anesthetic but better known as an illegal party drug and, of course, horse tranquilizer, has in recent years been gaining traction as an antidepressant. People have written enthusiastic accounts of their experiences — and researchers and psychiatrists, in a cascade of studies, have pointed to its possible benefits, not least the speed with which it can alleviate symptoms. Today, hundreds of clinics around the world provide infusions to people who have found little, if any, improvement with other treatments.

That’s where I come in. Over the years, apart from the good old psychotropic medications, I have also tried several types of talk therapy, meditation, acupuncture, singing lessons, bungee jumping and transcranial magnetic stimulation. (I still have sweet memories of the woodpecker sounds tapped into my brain.) Nothing worked. So I was ready to jump at the horse tranquilizer. As an expert in psychological distress, and in the spirit of scientific inquiry, I’m here to share my findings.

In August, I found myself at a low ebb: The pandemic was continuing its deadly course, Brazil was ruled by someone who claimed that vaccines could turn people into crocodiles, and I was confined at home with my often sick toddler. So I signed up for a course of infusions. Each session — there would be six in total — cost me 1,700 reais, around $300. It was very expensive, but it felt like a gamble worth taking. And besides, for an obsessive like me, it would be a shame not to complete the set.

Ketamine is not a classic psychedelic, but it can have a strong dissociative effect — people might feel detached from reality and from their own body. Under its influence, patients usually enjoy mild and agreeable feelings. I certainly had some of that. Sometimes I felt I was an elephant swimming under the sun, an extroverted octopus or a balloon slowly inflating. I repeatedly requested the presence of a dog. I also grew giant hands. This was all quite pleasant.

Other times, not so much. At the start of my second session, I blurted out a silly thought: “An infusion of ketamine is like taking a two-hour Uber trip with a clown.” (Luckily for me, the anesthesiologist didn’t seem offended.) But a few moments later my mind slipped, inevitably, to evil clowns — and that’s how our president, Jair Bolsonaro, appeared during one of my bad trips. His eyes were glazed, hair parted to the side, as he hovered happily over the pandemic dead. It was terrifying.

During these frightening moments, I often asked to “come back,” saying that the experience was “too difficult.” I pleaded for help. In my worst moments, I felt that I had to solve impossible temporal paradoxes to stay alive. (What if this session began before I was born? What if I’m permanently stuck in a ketamine loop?) My brain was filled with loud construction sounds and I felt like I was about to die.

Little by little, my body habituated to the drug, and the sessions became gentler. It was important to bring my own music — relaxing, uplifting songs. Nothing distorted or anxiety inducing (anything from Radiohead was off limits, believe me). The brain easily tuned into a nice song, which could guide the journey. When things were going to a dark place, I learned to say, “Change the song, please.” And back I went to a garden full of happy dogs.

But by the end, after six infusions over three weeks, I didn’t notice any easing of my depression. I still felt sad, dispirited and anxious; nothing had changed. So I called it off. Enough of giant hands and k-holes for me.

I wouldn’t deem it a failure, though — not even a terrible waste of money. Something important remained from my ketamine experience: For the first time I realized how powerfully depression is ingrained within my brain. I physically felt it — the black dog — acting inside my old neural wirings.

It was something concrete, physical, like ruts where traumas line up to bring me bad thoughts. That’s why it’s so easy to stay there, trapped by pain, and why it takes so much effort to escape. I understood that chronic depression might not respond to language and thoughts, that only a rewiring of the brain’s neural pathways might dislodge it.

Ketamine didn’t do the trick for me, sadly. But I’d be ready and waiting to try anything else the scientists have up their sleeves (psilocybin, anyone?). I have, at the very least, learned an important lesson: no jokes during hallucinogenic trips. And no clowns, either.