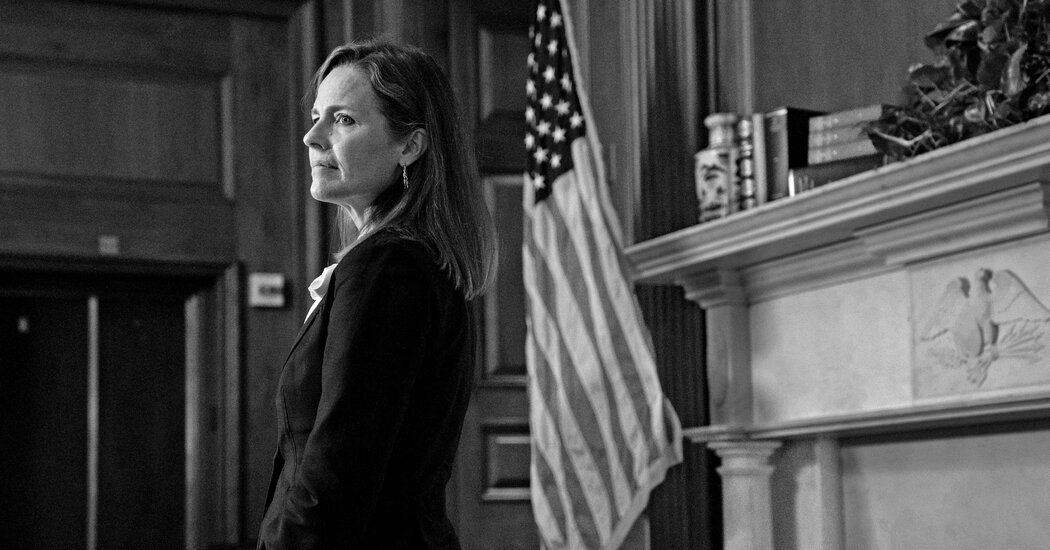 Amy Coney Barrett, President Trump’s nominee for the Supreme Court, has faced immense scrutiny of her religious beliefs, and we need to be vigilant against any religious bias or discrimination.

But I marvel at the hypocrisy of Republicans who are expressing shock and outrage over this, after the way the right has treated Muslims. President Trump responded to the alarm over Judge Barrett’s nomination by accusing Democrats of bias against Catholics and “basically fighting a major religion in our country.” This is rich from the man who is running against Joe Biden, a Catholic; who promoted a Muslim ban; and who told America, “I think Islam hates us.”

On Monday, the first day of the Senate hearings on Judge Barrett’s nomination, Josh Hawley of Missouri accused his Democratic colleagues on the Judiciary Committee of attacking Judge Barrett for being “too Catholic to be on the bench.” He is apparently living in the Twilight Zone, because this didn’t actually happen. Mr. Biden went out of his way to say Judge Barrett’s faith shouldn’t be considered a factor in her hearing.

I can’t help wondering: How would Republicans behave if Judge Barrett were a Democrat whose strongly held religious beliefs came from Islam instead of Catholicism?

We all know how it would go.

Republicans would demand she prove that she was not “working with our enemies.” That’s what Glenn Beck, the conservative radio host and conspiracy theorist, called for when Keith Ellison was elected as the first Muslim to Congress.

They’d probably use her faith to accuse her of hoping to create a “Shariah state” through judicial activism. That what conservative bloggers did in 2011 when Gov. Chris Christie of New Jersey nominated Sohail Mohammed, a Muslim originally from India, for a seat on the Superior Court of Passaic County.

If Judge Barrett wore a hijab, Jeanine Pirro, the Fox News host, would question whether her religious beliefs were in opposition to the Constitution. That’s the ugly accusation Ms. Pirro levied against Representative Ilhan Omar of Minnesota in 2019.

The scrutiny of Judge Barrett’ connections to the People of Praise religious community — which opposes abortion, gay rights and marriage equality, and which believes that men are leaders of their families — has been intense. It’s fair to debate whether that kind of scrutiny is reasonable, and concerns that Judge Barrett has faced bias because of her religious beliefs are understandable.

What is clear, though, is that if a little-known Muslim group made headlines in connection with the nomination of a justice, Republicans wouldn’t have the same concerns about religious bigotry.

For example, former People of Praise members told The Associated Press that women in the group are expected to obey their husbands and provide sex on demand (the group said in a recent statement that “husbands should not be domineering nor should wives be servile”). If Judge Barrett were Muslim, these former members would probably be invited to appear on “Fox & Friends” to give voice to their concerns about the judge’s regressive stances.

Judge Barrett co-wrote a 1998 law review article about the moral and legal “bind” that death penalty cases might present Catholic judges. What if she had been Muslim and had written about Muslim judges instead? Would Ben Carson call her “schizophrenic?” In 2016, that’s how he described Muslims who embrace American values like democracy and the separation of church and state.

Earlier, in 2015, Mr. Carson wrote in a Facebook post, “I could never support a candidate for president of the United States that was Muslim and had not renounced the central tenant of Islam: Shariah law.”

That happens to be the same year Judge Barrett signed an open letter to Catholic bishops saying, “We give witness that the church’s teachings — on the dignity of the human person and the value of human life from conception to natural death; on the meaning of human sexuality, the significance of sexual difference and the complementarity of men and women; on openness to life and the gift of motherhood; and on marriage and family founded on the indissoluble commitment of a man and a woman — provide a sure guide to the Christian life, promote women’s flourishing, and serve to protect the poor and most vulnerable among us.”

If she were Muslim and had made these statements, Republicans would no doubt smear her as a woman oppressed by a barbaric Islamic culture that promotes misogyny.

It’s easy to imagine all of this, because it all comes from the playbook that has been used to attack Muslim elected officials, many of whom are in fact archetypes of moderation and secularism compared with Judge Barrett.

I am not critical of Judge Barrett’s nomination because of her Catholicism. I am deeply sensitive to religious bigotry and stereotypes. I’m a practicing Muslim living through an administration that campaigned for a Muslim ban. My community has endured two decades of hazing after the Sept. 11 attacks, and our loyalty is still deemed suspect. I would never wish that kind of judgment on a person of another faith.

Like most Americans, I am worried that Judge Barrett will use her seat to advance an extreme agenda that will be detrimental to the interests of a majority of people in this country. We fear that, if confirmed, she’ll help the religious right drag equal rights and progress back 50 years.

One thing is certain: If the Notre Dame law professor and darling of the religious right were Muslim, she would have had a much harder time becoming a judge, let alone a Supreme Court justice.

Wajahat Ali is a playwright, a lawyer and a contributing opinion writer.