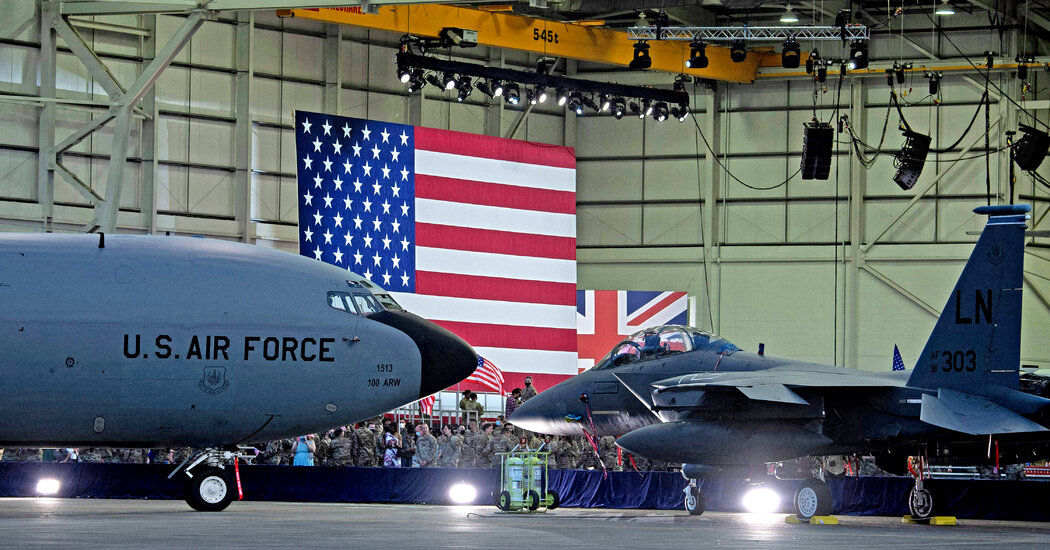 Anyone who slogs through the diplomatic verbiage generated last week by President Biden’s inaugural overseas trip will notice one phrase again and again: “rules-based.” It appears twice in Mr. Biden’s joint statement with Prime Minister Boris Johnson of Britain, four times each in the communiqués the United States issued with the governments of the Group of 7 and the European Union, and six times in the manifesto produced by NATO.

That’s no surprise: “Rules-based order” (or sometimes, “rules-based system”) is among the Biden administration’s favorite terms. It has become what “free world” was during the Cold War. Especially among Democrats, it’s the slogan that explains what America is fighting to defend.

Too bad. Because the “rules-based order” is a decoy. It’s a way of sidestepping the question Democrats should be asking: Why isn’t America defending international law?

Although now mostly directed at China and Russia, the phrase “rules-based order” began as a critique of Republicans. As the University of Chicago’s Paul Poast has detailed, the term gained currency after George W. Bush invaded Iraq without the approval of the United Nations Security Council, which exemplified his general disregard for international restraints on American power.

“Rules-based order” became shorthand for the Democratic alternative. And after Russia annexed Crimea in 2014, and China in 2016 flouted an international ruling against its expansive claims in the South China Sea, the phrase gained new life as a way of distinguishing America from its increasingly assertive challengers. A key purpose of American foreign policy, Secretary of State Antony Blinken explained last month, is to “uphold this rules-based order that China is posing a challenge to.”

OK, but which rules, exactly, is America upholding? Biden administration officials don’t say. In fact, they never clearly define the term at all. Arguing about phrases like “rules-based order,” the political scientist Patrick Porter has noted, is like “wrestling with fog.”

That’s exactly the point. Since the “rules-based order” is never adequately defined, America’s claim to uphold it can never be disproved.

There is, however, a related phrase with a much clearer meaning: “international law.” For decades, diplomats and scholars around the world have used it to encompass the written and unwritten rules that govern the behavior of nations. And it is precisely because international law is so much better defined that Biden officials — when speaking solely for the United States — use it far less.

If Mr. Biden or Mr. Blinken declared that America upholds international law, critics might ask how that squares with Washington’s continuing bipartisan love affair with sanctions so punitive that both current and former U.N. special rapporteurs have likened to them economic war. Skeptics might wonder why the United States refuses to sign or ratify dozens of international treaties — many of them endorsed by a vast majority of countries — including the U.N. Convention on the Law of the Sea, the very treaty that the Biden administration condemns Beijing for violating with its encroachments in the South China Sea. Or they might question why the United States still maintains a law that authorizes an American president to use military force to extricate Americans who are prosecuted by the International Criminal Court.

International law is contested and fragile, and not all countries shape it equally. But unlike “rules-based order,” it is not purely an American creation, which means it offers some independent standard against which to evaluate American behavior. For many Trump-era Republicans, that’s what makes it pernicious. Putting “America First” means liberating Americans from the need to care about what non-Americans think.

That’s not the Biden administration’s view. Mr. Biden and his top advisers recognize that international legitimacy constitutes a form of power. They badly want America’s allies — and American voters — to see America’s overseas behavior as less capricious and less predatory than the behavior of America’s chief rivals. They just are not willing to submit that proposition to any test other than one America writes itself.

Which is why their efforts are likely to enjoy only modest success. Yes, non-Americans have more confidence now that the United States will do the “right thing” internationally than they did when Donald Trump was president. But according to an Alliance of Democracies Foundation poll taken in 53 countries recently, people around the world still view the United States as a greater threat to democracy in their country than China or Russia. If Democrats regularly asked whether America’s actions violate international law, they would find that sentiment easier to understand.

The literary critic Edward Said once wrote, “Every single empire in its official discourse has said that it is not like all the others, that its circumstances are special.” The phrase “rules-based order” is the latest entry in America’s imperial lexicon. Given the Republican Party’s fervent hostility to international law, perhaps it’s the best a Democratic president can do. But the very nebulousness that makes “rules-based order” palatable in Washington ensures its ultimate irrelevance beyond America’s shores.

Peter Beinart (@PeterBeinart) is a contributing Opinion writer and a professor of journalism and political science at The Newmark School of Journalism at The City University of New York. He is also editor-at-large of Jewish Currents and writes The Beinart Notebook, a weekly newsletter.