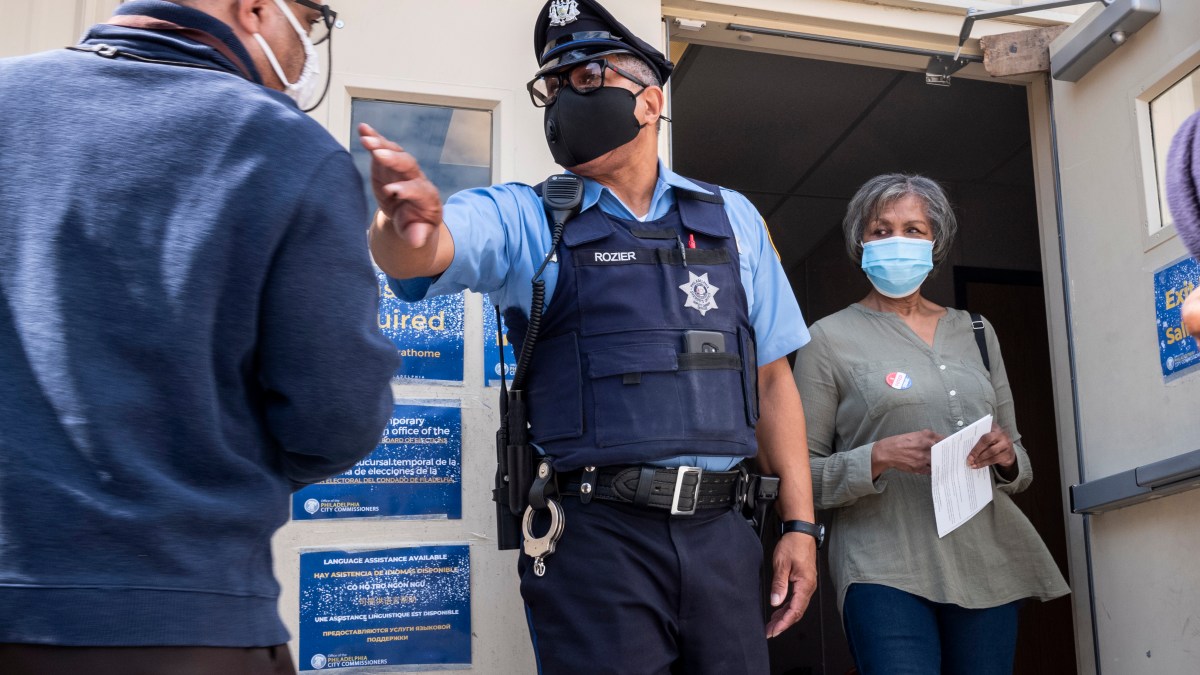 When Donald Trump’s campaign took issue with a new rule on processing some votes in North Carolina, it didn’t just complain to the Board of Elections and file a lawsuit. It wrote to some of the state’s 100 local election offices with extraordinary guidance: Ignore that rule.

“The NC Republican Party advises you to not follow the procedures,” Heather Ford wrote in an email to county officials last week.

The email urging defiance was a small glimpse at the unusually aggressive, hyperlocal legal strategy the Trump campaign is activating as voting begins. Through threatening letters, lawsuits, viral videos and presidential misinformation, the campaign and its GOP allies are going to new lengths to contest election procedures county-by-county across battleground states.

That means piling new pressure on the often low-profile election officials on the frontline of the vote count, escalating micro-disputes over voting rules and seeking out trouble in their backyards.

The local approach already is producing a blizzard of voting-related complaints. Trump and his allies have then seized on the disputes, distorted them and used them to sow broad doubts of fairness and accuracy.

“It’s clearly based on an overall strategy to disrupt the election as much as possible,” said Barry Richard, who represented President George W. Bush’s campaign in the 2000 Florida recount. “You’re really seeing a broad-based, generalized strategy to suppress the vote by the Republican Party.”

Trump’s campaign says it’s simply trying to ensure a fair election. It says the explosion of disputes is a result of Democrats’ efforts to change the way America votes during the coronavirus pandemic, largely by expanding access to mail-in voting. More than 200 lawsuits have been filed over voting procedures in the election.

“Since when is fairness a bad thing?” campaign spokeswoman Thea McDonald said in a statement.

But election experts and lawyers say the GOP efforts demonstrate a new willingness to fight and amplify relatively minor, even legally dubious issues.

A group of Broadway stars sing ‘Enough Already’ to encourage people to vote in the Nov. 3 presidential election.

The strategy was on display last week when Trump tweeted about nine “discarded” ballots in Luzerne County, Pennsylvania. Then this week the hotspot was a Philadelphia fight over whether Trump campaign poll monitors could be allowed into newly opened satellite election offices.

Trump poll monitors requested entry, but city election offices said neither party’s observers had a legal right to access the buildings. Under state law, poll monitors can only observe live, in-person voting and not places where people can register, fill out early ballots and drop them off to be counted weeks later. The campaign sent observers to the sites and in one case they were turned away by a Republican on the city election commission. The campaign threatened to sue but has not done so.

Richard described this fight as largely “for public consumption.” Trump brought up the episode in Tuesday night’s debate, mentioning none of the legal subtleties. Instead, he held it up as a broad-brushed indictment of the reliability of the vote count.

If you’ve been voting in person on Election Day all your adult life, you may think everyone should vote the same way in every election. But voting rights advocate Stacey Abrams explains why election systems works better when people have multiple ways to cast their ballots.

The next day, Trump’s son, Eric Trump, and other supporters tweeted a video apparently recorded by a member of the campaign as a Philadelphia election official expelled him from a city building. “Now they are throwing poll watchers out of City Hall in Philly!” Eric Trump wrote.

President Trump for months has cast doubt on the integrity of the U.S. voting system. His primary target has been mail ballots, which may be used by as many as half of all voters as people look to avoid crowded polling places. Trump has baselessly claimed they will lead to massive fraud.

Trump’s campaign is now pushing to ensure intense scrutiny on those mail-in ballots as they are returned. In North Carolina, where Black voters were sending in a disproportionate number of ballots with errors, the Board of Elections settled a lawsuit with a voting rights group making it easier for voters to fix errors.

The board’s two Republicans quit in protest and the GOP sued to block the settlement. North Carolina’s Democratic attorney general in court papers included a Trump campaign email to some local board of election members as an example of how he said the party was improperly undermining an official state directive.

Actions speak louder than arguments. Those political opinions you’re sharing online mean nothing unless you back them up with your vote.

Says Trump campaign spokeswoman McDonald: “County board members need guidance on how to proceed in the wake of these unelected Democrats’ attempt to radically rewrite the law 40 days out from Election Day.”

On Thursday, the state board of elections, which has a Democratic majority, told counties to halt using the new cure method pending the outcome of court hearings this week and next.

Regardless of the outcome of the litigation, voting rights specialists were stunned at the Trump campaign’s step.

“What we’re talking about is an effort to deliberately place these barriers in front of people. And many may be discouraged from trying to cure, or making it impossible for them to cure, a deficiency,” said Irving Joyner, a law professor at North Carolina Central University who’s not involved in the case.

North Carolina is not the only state that has seen upheavals to its election procedures even as ballots are being filled out. Many of the more than 200 lawsuits filed over voting issues are still lingering, an enormous question mark over the election as more and more states start early voting.

Republicans have asked the U.S. Supreme Court to review a ruling in South Carolina on how to handle errors in mail ballots and a judgment in Pennsylvania allowing the count of some ballots arriving after Election Day. In the Pennsylvania case, the Supreme Court is also being asked to rule on a state law that requires poll watchers to live in the county where they are monitoring. It’s become a major obstacle to Republican plans to send out some 50,000 poll watchers in battlegrounds.

But the GOP’s scrutiny of local elections offices isn’t always over complex legal issues. In Wisconsin, Republicans warned the city of Madison against holding a “Democracy in the Park” event, sending a cease and desist letter late last week warning it could be a venue for illegal collection of ballots in the liberal bastion. The event went ahead anyway, and city officials say about 10,000 participated.

On Wednesday, there was a new warning to Milwaukee and its sports teams. It covered not only players but mascots such as the Brewers’ famed racing sausages as enticements for people to vote.

“It seems kind of silly to be worried about racing sausages, but the larger point is the law is pretty clear,” GOP state party Chairman Andrew Hitt told The Associated Press by phone on Wednesday.

Wisconsin state elections officials have already warned the Trump campaign off once after it sent a survey to local elections offices asking for details on procedures. Such surveys can help find issues to be litigated — but they also are a way for campaigns to make connections with local election officials who will help determine their success. The Trump campaign noted that such surveys are standard and also sent by Democrats.

Rick Hasen, a law professor at the University of California, Irvine who has been a frequent critic of Trump’s approach to voting, said there’s a difference between campaigns talking to election offices and trying to pressure them.

“To know the rules of the game you’re going to play under, it’s different than trying to work the refs,” Hasen said. “All of this conduct is so beyond the pale — it’s hard to put in context because there’s been nothing like it in modern American campaigns.”