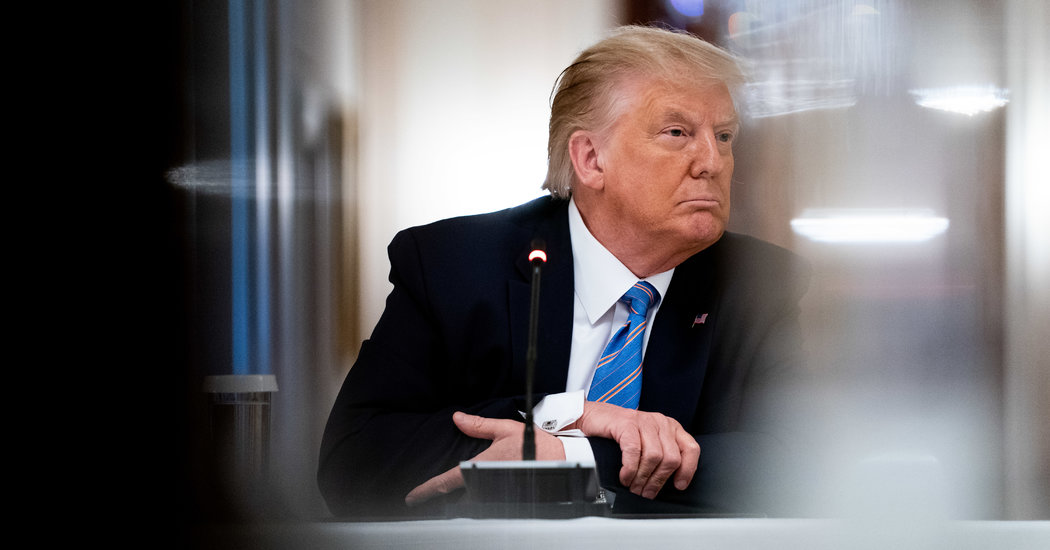 President Trump’s niece describes him in a much-awaited tell-all book as a child in an adult’s body, someone psychologically brutalized and damaged by his “sociopath” father and who developed defenses of anger and distrust to mask his own chronic insecurities.

“Too Much and Never Enough: How My Family Created the World’s Most Dangerous Man,” by Mary L. Trump, presents a portrait of the president familiar to readers of other books as a transactional narcissist and accidental commander in chief.

“From the beginning, Fred’s self-interest skewed his priorities,” Ms. Trump writes. “His care of his children, such as it was, reflected his own needs, not theirs. Love meant nothing to him, and he could not empathize with their plight, one of the defining characteristics of a sociopath; he expected obedience, that was all.”

Fred Trump Sr. wanted his eldest son, Fred Jr. — Mary’s father — to be a “killer,” a high form of praise that the president himself has often used to describe people he respects. Fred Trump Sr. helped establish a competition between his elder son and the future president that went on for decades, Ms. Trump writes, until Donald Trump ultimately prevailed and her father died an alcoholic at age 42.

“The atmosphere of division my grandfather created in the Trump family is the water in which Donald has always swum, and division continues to benefit him at the expense of everybody else,” Ms. Trump writes.

“Too Much and Never Enough,” a copy of which was obtained by The New York Times, was scheduled for release next Tuesday by its publisher, Simon & Schuster, after a New York State judge ruled that Simon & Schuster was not bound by a confidentiality agreement that Ms. Trump signed as part of a settlement over a legal battle over a grandfather’s estate.

The president’s brother, Robert Trump, had gone to court in an attempt to block publication of the book on the grounds that his niece had violated terms of the agreement in writing it. A hearing on whether the nondisclosure agreement applies to Ms. Trump is scheduled for Friday, but Simon & Schuster has already shipped thousands of copies of the book, making the argument at this point moot.

Among the new disclosures in the book is Ms. Trump’s claim that Mr. Trump paid someone to take his college entrance examination.

“That was much easier to pull off in the days before photo IDs and computerized records,” Ms. Trump writes. “Donald, who never lacked for funds, paid his buddy well.”

Ms. Trump says the purpose of the alleged fraud was to help Mr. Trump gain admission to the Wharton business school at the University of Pennsylvania as an undergraduate, which Mr. Trump was ultimately able to do after first attending Fordham.

How much that friend helped is not clear. Mr. Trump’s college records have never been made public. In February 2019, Mr. Trump’s former personal lawyer, Michael D. Cohen, testified that Mr. Trump had him threaten to sue those schools and the College Board if information about his performance was revealed.

Ms. Trump also describes her uncle going to the movies the night her father was hospitalized with what would be a fatal heart attack.

She describes her grandfather as a notorious cheapskate, a trait she said her uncle and his first wife, Ivana, shared when it came to holiday gifts. Ms. Trump recalled that they once gave her a package of underpants, as well as a cracker and caviar set that no longer included the caviar.

And she identifies herself as a source for an in-depth Times investigation in 2018 into Mr. Trump’s finances.

A lawyer for Mr. Trump’s family, Charles Harder, did not respond to an email seeking comment.

Sarah Matthews, a White House spokeswoman, said the book was in Ms. Trump’s “own financial self-interest.”

“President Trump has been in office for over three years working on behalf of the American people — why speak out now?” she added. “The president describes the relationship he had with his father as warm and said his father was very good to him. He said his father was loving and not at all hard on him as a child. Also, the absurd SAT allegation is completely false.”

Fred Trump Sr., Ms. Trump writes, was uninterested in paying taxes, and tried to portray things positively no matter the reality, despite frequent and cutting remarks to his children. Mary Trump, the president’s mother, suffered from health issues and was frequently ill.

She describes her uncle Donald as coping with his father’s brutality by developing “powerful but primitive defenses, marked by an increasing hostility to others and a seeming indifference to his mother’s absence and father’s neglect.”

Those included acting as if he had no emotional needs, replacing them with “a variety of grievance and behaviors — including bullying, disrespect, aggressiveness” that became “more problematic over time,” defining his personality.

While Ms. Trump describes many aspects of the president, she frequently tells more than she shows. And she makes sweeping assertions about episodes of his life that she has no direct knowledge of, like the way senior aides such as John F. Kelly, a former White House chief of staff, engaged with Mr. Trump in the White House.

Ms. Trump’s book begins with her one visit to the White House in April 2017 to attend a birthday celebration for her aunts, Maryanne Trump Barry and Elizabeth Trump Grau. She describes a surreal scene of arriving in the Oval Office to find Mr. Trump sitting behind the Resolute Desk, surrounded by officials like Vice President Mike Pence and Speaker Paul D. Ryan.

She writes that the scene was evocative of the way her grandfather used to receive visitors by making them stand before him at his desk.

But in her telling, it was one of the few instances in which she spent time around her uncle after the brutal court fight over Fred Trump Sr.’s will, which excluded her and her brother from inheriting any of her grandfather’s estate. She also describes her own direct observations of Donald Trump with his own children once they reached adulthood.

Ms. Trump also writes about conversations she had with her aunt, Maryanne, a retired federal appeals court judge and the president’s oldest sister, who dismissed him as a “clown” during his 2016 presidential campaign and was appalled that he talked about Fred Jr.’s struggle with alcoholism with reporters, despite his own antagonism toward his brother.

“‘He’s using your father’s memory for political purposes,’ Maryanne said, ‘and that’s a sin, especially since Freddy should have been the star of the family,’” Ms. Trump writes.

Ms. Trump recalled her uncle as a discipline problem who realized he could get away with things, a “slob who refused to pick up after himself no matter how much” his mother threatened him.

To Ms. Trump, her uncle is still that child, looking for attention.

“His deep-seated insecurities have created in him a black hole of need that constantly requires the light of compliments that disappears as soon as he’s soaked it in,” she writes.