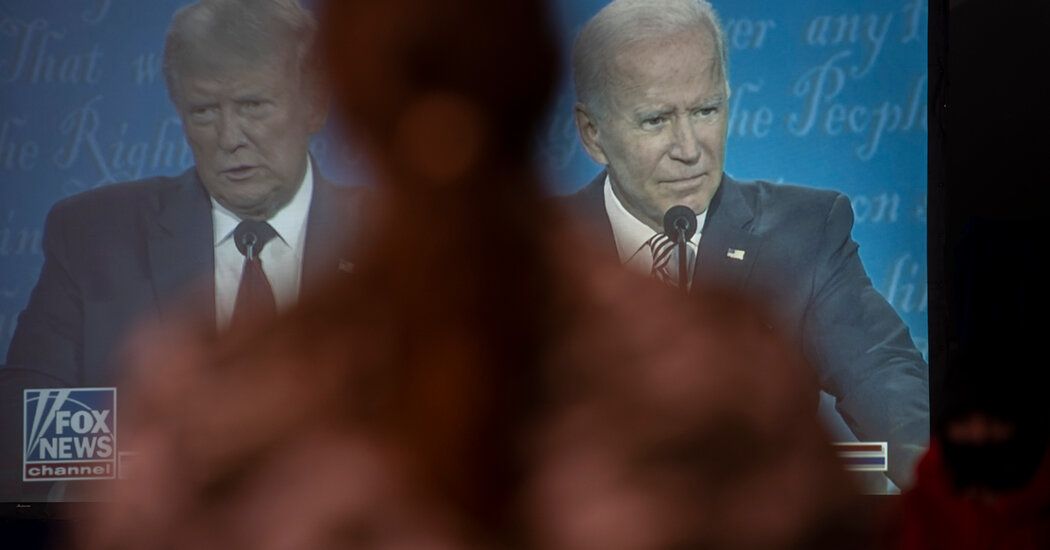 A record 84 million people watched the first debate between Donald J. Trump and Hillary Clinton in 2016. Tuesday’s debate between President Trump and Joseph R. Biden Jr. was the third most watched, trailing the 80.6 million who watched President Jimmy Carter and Ronald Reagan in 1980.

The Nielsen numbers, released on Wednesday, do not include everyone who streamed the event or watched it online, a habit that is more widespread now than it was in 2016.

Presidential debates, like the one that at least 16 networks aired on Tuesday, are typically among the most-watched telecasts of the year. The Super Bowl, which had about 100 million viewers this year, is one of the few events with wider reach. Election night coverage in 2016 had a television audience of 71 million.

This year’s Republican and Democratic National Conventions drew a smaller number of TV viewers than they did in 2016, with a drop of about 25 percent for each. The declines for the conventions and the debate could be explained by the shift in viewing habits, from traditional TV to streaming online.

Nielsen numbers include people who watch on TV sets and devices connected to TV sets, but not those who view programs solely from laptops or smartphones. No outside group credibly measures the full digital audience.

The downturn may also result from the fact that Mr. Trump’s presence in the political arena — which helped shatter ratings records throughout the 2016 campaign — has become less of a novelty.

Tuesday’s showdown was the first time that Mr. Trump and Mr. Biden had squared off in a campaign now in its final stretch. Mr. Trump repeatedly interrupted Mr. Biden during his allotted speaking time and was not deterred when the moderator, Chris Wallace of Fox News, urged him to stop. At one point, an exasperated Mr. Biden said to Mr. Trump, “Will you shut up, man?”

Viewers did not appear to be turned off by all the cross talk. Audience figures on the broadcast networks and the three cable news channels grew in the first 30 minutes and peaked with an average of 68 million viewers between 9:30 and 9:45 p.m. Eastern time, according to Nielsen. Declines after that were relatively modest. Sixty-four million people were still tuned in to the seven top networks for the final stretch of the 96-minute bout, according to Nielsen.

About 17.8 million people tuned in to Fox News to watch the debate, by far the highest tally for any network. It was one of the biggest nights in Fox News’s history, second only to the 24 million people who watched the first Republican primary debate in 2015, Mr. Trump’s debate-stage debut. The Fox News figure was also the highest for a presidential debate in the history of cable news.

ABC, the only broadcast network to have an hour of pre-debate coverage, had an audience of 12.6 million, the second highest of any outlet.

Debate viewers were evenly split between the cable news and broadcast networks, at roughly 33 million apiece. That’s a contrast from previous cycles, when more viewers tuned in to the networks.

Future debates may be less unruly. “Last night’s debate made clear that additional structure should be added to the format of the remaining debates to ensure a more orderly discussion of the issues,” the Commission on Presidential Debates said in a statement on Wednesday, adding that it would announce changes soon.

The debate between Vice President Mike Pence and Mr. Biden’s running mate, Senator Kamala Harris, will be held next week. The 2016 vice-presidential debate had an audience of 36 million.

The final two presidential debates are scheduled for Oct. 15 and Oct. 22.