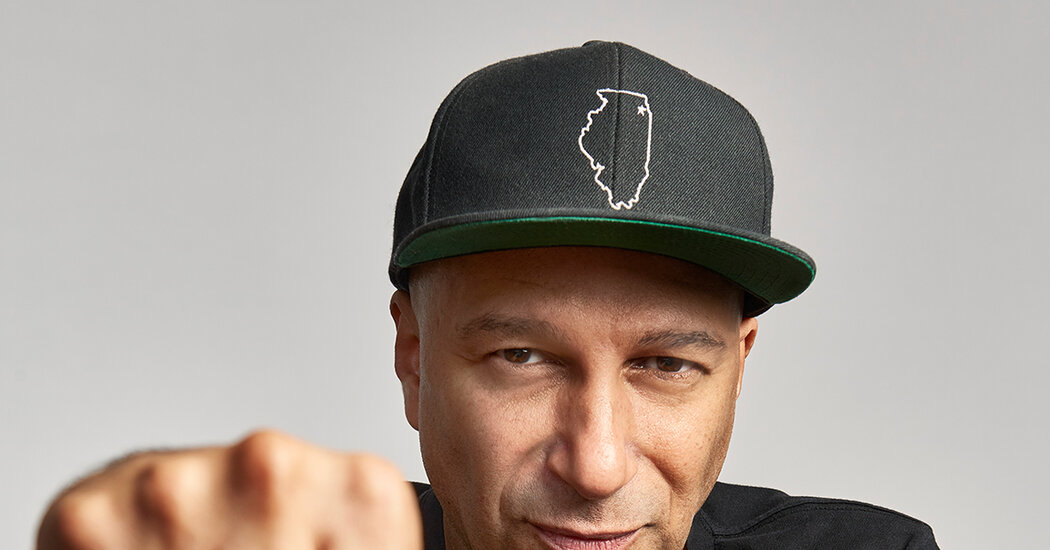 This article also appeared in the Opinion Today newsletter. It introduces a new essay series and newsletter for Times subscribers by the musician and activist Tom Morello. You can sign up for that newsletter here.

While deep in quarantine with my family after the murder of George Floyd last year, I remembered this moving letter of recommendation that The New York Times Magazine published about Rage Against the Machine in 2018. Jonah Weiner wrote about his appreciation for the band and how pieces of art can consume us and define periods in our lives in important ways. Visionary works of literature or music become time capsules or soundtracks to our lives that you can revisit and remember. I was left wondering what the soundtrack would be for the time we’re living in now.

I couldn’t shake Jonah’s piece from my mind. I began to explore the music of R.A.T.M. and become a student of Tom Morello. As I researched, what I found was more than just a guitarist and musician; he was a visionary and a thinker with a unique background and deep ideas about culture and politics. I felt confident he would be a fascinating person to hear from as we think about what our society needs, going forward.

And I wasn’t alone in this. After pitching my dream of having him write for Times Opinion, I learned that my colleague Jane Coaston has been a fan for years. She writes, below, an introduction to him to help you understand the meaningful presence he’s had in pop culture, music and protest movements over the past three decades.

Tom’s residency with Times Opinion starts tomorrow and will continue over the next 12 weeks, offering a series of essays that will examine his music, as well as the music of others, offering insight into the ideas and arguments shaping the world today. You’ll hear his arguments and, often, his songs. We’re glad to give you a chance to read, listen, engage and, hopefully, share widely.

When I was a freshman in high school in 2001, Tom Morello was one of the most important people in my life (though he was mercifully unaware of it).

As the guitarist for Rage Against the Machine, Morello’s funk-laced riffs girded me through Catholic school in suburban Ohio. But while well known, Rage Against the Machine is just one facet of Morello’s musical, cultural and political journey for the past three decades. He’s formed a musical collaboration and deep friendship with Bruce Springsteen and protested outside more political conventions than I could count, and his 9-year-old son, another guitar player, is picking up the political torch Morello took from his mother. Now he’ll be taking you along on the journey, with a newsletter for New York Times subscribers.

Morello is passionate about poetry and protest, and sees both in the work of the musicians who have inspired him both musically and politically. He has been deeply involved in protest movements for decades, from a garment workers’ union protest against sweatshop conditions in 1997 to demonstrations outside the Democratic National Convention in 2000 with Rage Against the Machine to performing acoustic guitar at Occupy Wall Street protests in 2011, getting arrested several times. He had been inspired by musicians like Joe Hill, the early-20th-century labor organizer who wrote songs that were sung at union rallies for generations, like “There Is Power in a Union,” before being executed on a trumped-up murder charge in 1915. Morello has been fascinated with the role music has played on picket lines and at protests then and now.

As Hill once said, “A pamphlet, no matter how good, is never read more than once, but a song is learned by heart and repeated over and over.” And Morello’s songs and work have become protest anthems, too.

He wants to think deeply about music and race, tethering many of his thoughts to the ways music helped say the unsaid about American racism and to growing up as the lone Black kid in Libertyville, Ill., but still managing to surprise (and upset) audiences at metal festivals when they found out his nonwhite racial background.

He is intrigued by how the acoustic guitar and even songs with no lyrics at all can stir passions. That’s revealed by his experience of pulling a “reverse Dylan,” when, after making his name as an electric guitar hero, he began playing acoustic guitar as the Nightwatchman, a persona he calls “the Black Robin Hood of the 21st century.” He’s thought deeply about how musicians can and have battled for what he terms “the soul of a genre” and how those fights can shape and reshape an entire world of music.

What makes a musician an artist? How did an interest in music become a calling for Morello during his time as an undergraduate at Harvard University in the mid-1980s? How has the guitar been a divining rod in the music of the past, and what will the guitar sound like and feel like in the music of the future? These are all subjects Tom has considered, and I’m excited to read his thoughts about them in the coming weeks.

I’m a different person from who I was in 2001, and so is he. But just as his work has shaped the politics and personality I have today, so has the music, culture and context in which he has lived and worked for the past decades shaped him.