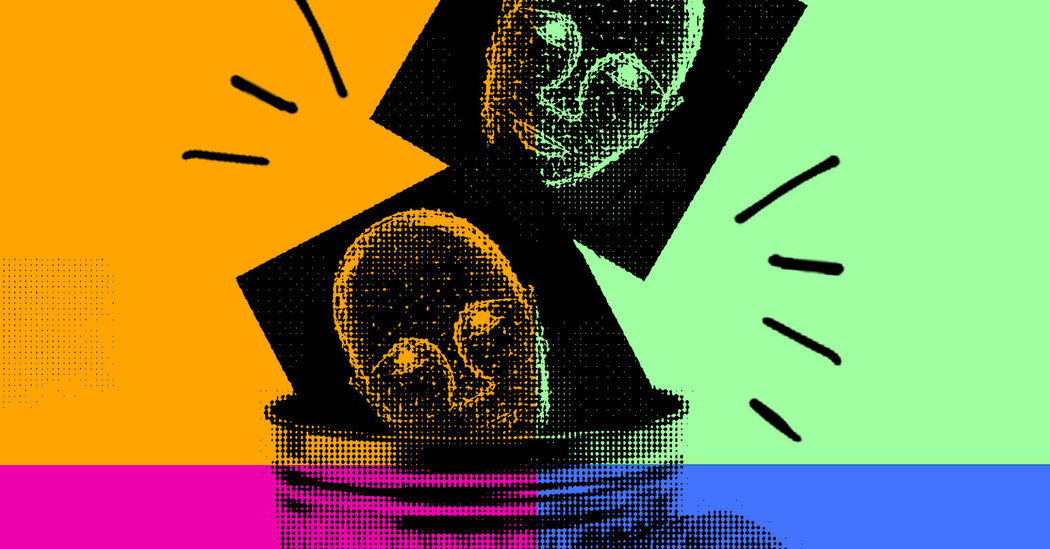 Facebook, oops, Meta — boy, this is going to take some getting used to — announced this week that it would end its decade-old facial recognition system and delete the face data of over a billion users, prompting the cybersecurity reporter Kashmir Hill of The New York Times to tweet, “My jaw dropped to the floor.”

Mine too. It is a self-regulating move by Facebook, ugh, Meta, given all the controversies over the collection of personal facial data by tech giants and the government’s use of their products: invasion of privacy, racial inequity and wrongful arrests, to name a few. Hitting the delete button was not on anyone’s list of things Meta might do, although this move ought to put pressure on others, like Amazon, which has received its fair share of criticism for the Rekognition face reading software that it has supplied to cops.

Whatever the real reason for the change of heart at Meta (and we’ll likely never know absent another whistle-blower), it’s good the company took this step. Though it’s worth highlighting that it evidently applies only to Facebook itself and not other divisions like Instagram or, notably, Meta’s long-term metaverse project.

Jerome Pesenti, who heads Meta’s artificial intelligence unit, was refreshingly plain in a blog post explaining the move. “Many specific instances where facial recognition can be helpful need to be weighed against growing concerns about the use of this technology as a whole,” he wrote. “There are many concerns about the place of facial recognition technology in society, and regulators are still in the process of providing a clear set of rules governing its use. Amid this ongoing uncertainty, we believe that limiting the use of facial recognition to a narrow set of use cases is appropriate.”

Yet this shouldn’t be the end of the discussion. If ever an issue cried out for some lawmaking guidance, this is it.

The new Amazon chief executive, Andy Jassy, spoke to the government’s role in an interview with me way back in 2019, when he was head of the company’s cloud computing division, in addressing the range of problems that had already cropped up around Rekognition. Jassy said he thought a company like his should not be the moral arbiter of the world and that he thought it was up to lawmakers to step up.

“People are looking for those extra set of protections around the federal government explaining how they want the technology to be used and having real ramifications if you misuse it,” he told me. “I wish they’d hurry up, because if they don’t, what’s happening is you’re going to have 50 different laws in 50 different states and you’re going to have some that overreach.”

Jassy was correct that the lion’s share of rule-making responsibility lies with the government, though Amazon and its ilk have some responsibility, too. And the ability to anticipate consequences and step up is what Meta is showing in its decision to rein in its facial recognition ambitions, even if the timing, amid all the whistle-blower revelations, makes it feel performative and like an attempt to divert attention from mounting lawsuits.

My bet is that lobbyists for Meta, Amazon and others won’t sit on the sidelines of any government discussion of facial recognition regulation. Expect these companies to “help” draft regulations to work in their favor. That may even be the point of Meta’s move to pull back — get the rules where Meta wants them before diving right back in and nip that government “overreach” concern of Jassy’s in the bud.

In the meantime, it’s not as though Meta is leaving the arena altogether. A spokesman told The New York Times that while the company plans to delete more than one billion facial recognition scans, “it will not eliminate the software that powers the system” — ominously called DeepFace — and wouldn’t rule out incorporating the software into products in the future.

This week I chatted about the metaverse with Ethan Zuckerman, an associate professor of public policy, communication and information at the University of Massachusetts, Amherst, and director of the Institute for Digital Public Infrastructure, a research group studying and building alternatives to the existing commercial internet. We’ve edited his answers.

You recently wrote a piece in The Atlantic about the metaverse being an old idea and not particularly good technology. If you had to pick one major issue with creating it anew today, what would it be?

It’s so hard to pick a single issue. My article argues that Mark Zuckerberg’s metaverse is pretty boring — it’s yet another rehash of ideas articulated in the early 1990s and tried dozens of times since then.

My specific complaint is this: We are now discovering that interactions on social networks can be harmful for individuals and for society as a whole. Facebook’s properties are where a great number of these harmful interactions are happening. Do we really want the company that’s shown very little willingness to mitigate online harms to create a new online space in which brand-new sorts of harms are possible? Shouldn’t Facebook demonstrate that it can combat hate speech before we invent a new way of creating hateful 3-D animations that are fed directly to our eyeballs?

Some have suggested this is a (virtual) land grab by Meta, given how many others have worked on aspects of the core idea of the metaverse, a physical and digital mash-up. Do you agree? And, if so, who is most vulnerable as this behemoth wades in?

About 40 minutes into the Meta launch video, Zuckerberg talks about how the power that technology platform companies have to “stifle” innovation is what he fears the most. He’s talking about Apple, and specifically about Apple’s steps to allow iOS users to easily block tracking in apps like Facebook. The metaverse is the one area in which Facebook has a meaningful play to become like Apple — the manufacturer of hardware, operating systems and applications.

So, the land grab is primarily intended to seize land from Apple and, to a lesser extent, Google. In the process, Zuckerberg may end up trampling smaller companies that have been building metaverses for many years. Or he may end up swallowing those companies, making their founders very rich, and incorporating their tech into his metaverse plans.

What do you make of this idea that the so-called singularity — a mash-up of man and machine — will actually precede the arrival of the metaverse?

The singularity imagines a world in which our consciousness can transcend our bodies, where the virtual world of the metaverse would be the collective space our disembodied consciousness inhabits. Every few years, someone writes a book assuring us that the rate of technological change is so high that computers will increase beyond the complexity of the human brain and either we will be uploadable into the Matrix or machine intelligence will so outpace human intelligence that the machines will be where it’s at.

I’m skeptical because human bodies are hard. I’ve been a Type 1 diabetic for more than 35 years. Get me a functional mechanical pancreas that can actually manage my chronic disease as well as I manage it with insulin shots and then maybe we can talk about uploading my consciousness into silicon.

If you could imagine an ideal functioning metaverse, what do you think would be the best use for it?

There are some specific uses for complex virtual reality spaces that are incredibly useful. I’m struck by Jeremy Bailenson’s work at Stanford where he uses V.R. to train people in tasks — firefighting, bomb disposal — that are dangerous to learn any other way. I also think collaborative. V.R. spaces can be very useful for people who find parts of the physical world inaccessible. The V.R. online game Second Life has been very useful for people with physical limitations to encounter each other in an embodied way.

And I suspect game spaces will take great advantage of metaverses. The shared Minecraft server my 11-year-old son runs, combined with FaceTime for voice chat, provides lots of what he’d like out of a metaverse, but assembled from individual pieces. As for moving my work life into a 3-D simulation — no, no thank you. Teaching over Zoom has been enough of a mixed bag.

Why do you think Meta is making so much noise about this tech now? Is it because Facebook itself is dying a slow death?

I don’t fully buy Kevin Roose’s argument that Facebook is dying. Perhaps in the U.S., where the cool kids have moved onto TikTok, but in much of the world, Facebook’s products — particularly WhatsApp — are the internet. I do, however, think Zuckerberg may think that Facebook is dying because he defines his success as being on the cutting edge of tech development and interesting new engineering problems. Focusing on the metaverse allows Facebook to ignore pesky, hard-to-solve problems like limiting disinformation and online harassment and move onto something more exciting for the engineers. It’s up to the rest of us to make sure that Facebook doesn’t get to ignore the problems it has created just because it wants to cook up a new batch of problems.

What happened in Virginia?

Glenn Youngkin, the first Republican elected governor in Virginia in a dozen years, did a masterful job at being Donald Trump-lite (certainly not my cup of tea). And he was aided, unexpectedly, by the former president’s continued absence from social media, particularly Twitter, where Trump would otherwise be a daily reminder for Virginia voters of whom they shunned in 2020.

It’ll be interesting to see if Youngkin — who rode to victory by prodding at parental worries about teaching critical race theory in schools — will follow through on his anti-tech rhetoric once in office. In May, the former co-chief executive of the private-equity powerhouse Carlyle Group took to Facebook, without a whiff of irony, to whine in a video about tech companies’ censorship of conservatives.

“Our right to free speech and religion is the bedrock of this country, and it’s threatened like never before,” Youngkin said in the video. “A handful of California mega-corporations are deciding who can say what.”

He pledged, “As governor, I will stop big tech from canceling your First Amendment rights.” Never mind that Carlyle has a pile of tech investments that it brags about on its website.

This perfect impression of Sheryl Sandberg by the “Late Night With Seth Meyers” writer Dina Gusovsky. You will not get this until you watch, but as a mother of a daughter, who is a sister of brothers who have a mother, who is me, a woman, I found it priceless.

Have feedback? Send a note to [email protected]