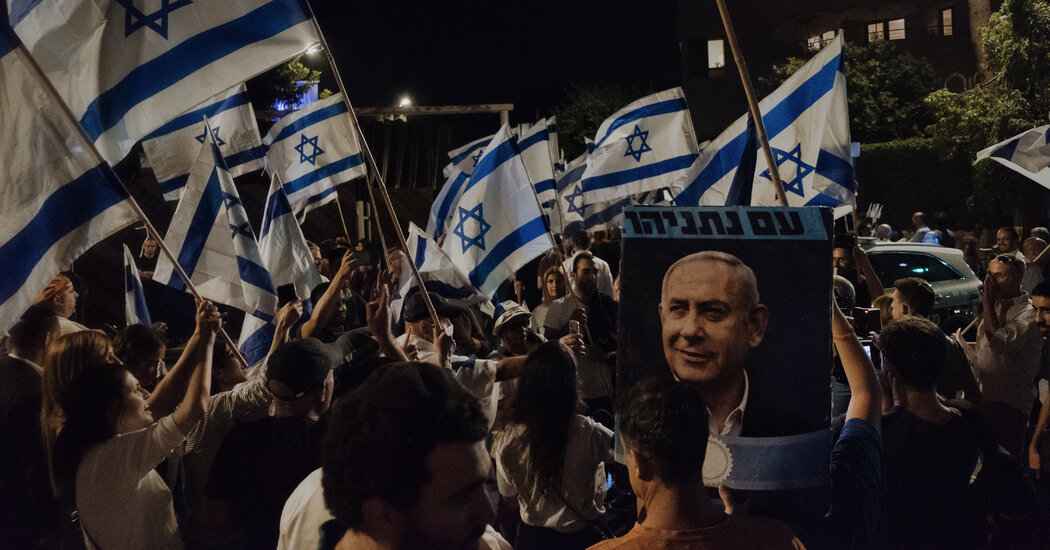 Even after the new government took over on Sunday, the outgoing prime minister vowed to be back in office soon and hosted at least one former dignitary as if he were still running the show.

And suspicions that Mr. Netanyahu might be reluctant to leave the stately home where he has lived for the past 12 years were bolstered this week when he hosted Nikki Haley, the former United States ambassador to the United Nations, at the official residence as if he were still running the show.

Unlike in Washington, there is no set time by which an outgoing Israeli premier must move out and hand the house over to the victor and it can often take weeks, though it’s not as if the Netanyahu family has nowhere to go. Among their private residences is a home in the seaside town of Caesarea.

But their relocation plans, if they exist, have become a subject of feverish speculation for a number of reasons.

For starters, Mr. Netanyahu has accused his successor, Naftali Bennett, who was sworn in on Sunday, of committing the “fraud of the century” by using the votes for his right-wing constituency to lead an ideologically diverse coalition that Mr. Netanyahu has branded as a “dangerous left-wing” government.

He has embraced his new role as a fighting opposition leader with alacrity while at the same time swearing to his own base that he will be back in power “sooner than you think,” making it sound as if it may hardly be worth uprooting the family from the residence that detractors said they had turned into their castle.

Mr. Bennett, for his part, seems in no hurry to move in.

A resident of Ra’anana, a prosperous suburban town in central Israel, he has four children in schools in the area and has made it known that at least initially, he will use the official residence for mostly ceremonial purposes and possibly for family weekends.

Stoking public outrage, Ms. Haley posted on Twitter a photograph of her meeting with Mr. Netanyahu on Monday and wrote: “Time with Prime Minister @netanyahu is always invaluable. His contributions to Israeli security and prosperity are historic. We have not heard the last from him.”

Then a lawyer for “Crime Minister,” a group that campaigned for Mr. Netanyahu’s resignation after he was charged with corruption, sent a letter to the legal adviser of the prime minister’s office demanding that she set a deadline later this month for the family to vacate the mansion or face legal action.

The lawyer, Gonen Ben Izhak, argued that the meeting with Ms. Haley in the house “undermined the elected prime minister and caused real harm to the symbols of government and democracy,” along with Mr. Netanyahu’s campaign to delegitimize Mr. Bennett’s coalition.

Ms. Haley’s reference to “Prime Minister” Netanyahu also prompted opprobrium. The most forgiving explanation, some critics said, was that she had used the term in the honorific way that former American presidents are still called president.

The prime minister’s office did not respond to questions about the legality of a former premier hosting foreign dignitaries in the official residence, about possible moving-out dates or about news reports that the office’s legal adviser recommended that the state stop covering the Netanyahu family’s expenses at the residence, including food and laundry, starting on Sunday night, when Mr. Bennett was sworn in.

A person close to the Netanyahu family said this week that the question of when they would leave the official residence had not been discussed yet and that there had never been any question over the legality of Mr. Netanyahu continuing to host meetings there. The Justice Ministry said inquiries should be addressed to the prime minister’s office.

The Netanyahus have lived continuously in the residence since Mr. Netanyahu was elected 12 years ago, in 2009. He served an earlier term of three years, from 1996 to 1999.

That time, it took six weeks for the family to leave the residence. The move was marked by scandal when the police, in the course of another investigation, searched the Netanyahus’ apartment, storage rooms and offices, and seized boxes of valuable gifts that they suspected belonged to the state and not to the former prime minister.

“Then it was three years of accumulated gifts,” said Ben Caspit, an Israeli commentator and the author of two Netanyahu biographies. “Now it’s been 12 years.”