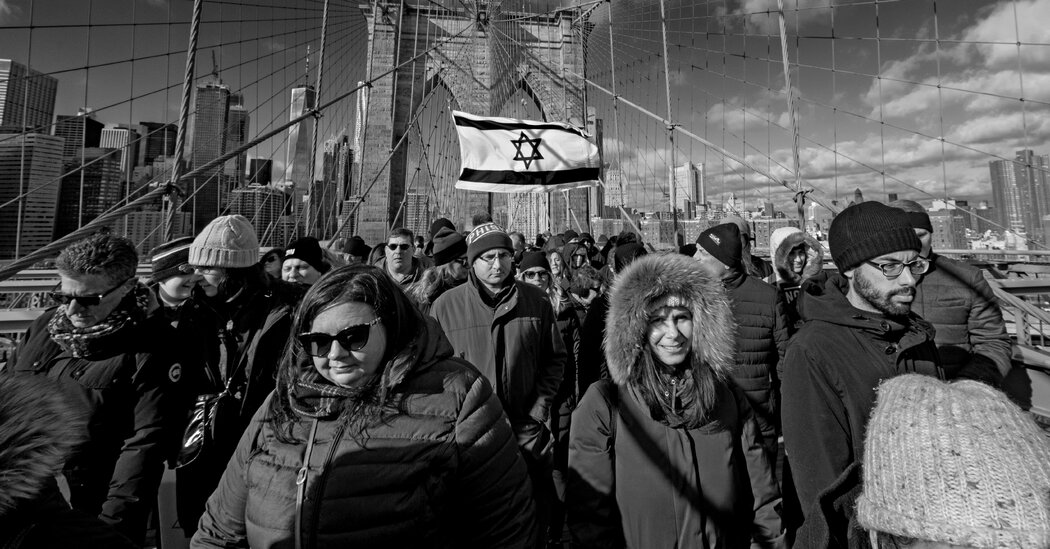 In recent days, there has been a lot of talk about the Democratic Party’s purportedly changing position on Israel. And reports have emerged contending that two opposing far-edge stances are the Democrats’ so-called real position — one side asserting that Israel should no longer receive U.S. security assistance and another suggesting full-throated, uncritical support of Prime Minister Benjamin Netanyahu, no matter how extreme his policies have become. Let me be clear: These oversimplified narratives couldn’t be further from the truth.

Extreme positions on all sides of the political spectrum will always receive more coverage. But the vast majority of Democrats are thoughtful and considerate, and recognize nuance in a conflict shaded by centuries of complexity, suffering and pain, and this has always been the case. We know that the only solution is one where both Jewish and Palestinian people have the right to self-determination and security. We support the humanity of both parties in the conflict as well as small-d democratic values. And we stand resolutely against attacks on Israel’s right to exist. Really, this moment reflects a coming out of the silent majority of American Jews whose values are both liberal and supportive of Israel, as a recent Pew study indicates.

As the most senior Jewish member in the House of Representatives, a longtime Congressional Progressive Caucus leader and the House member who represents the largest and most diverse Jewish population, I’m more familiar with this issue than most. The Democratic Party, of course, welcomes robust debate. However, the conversations I have had with a wide range of members of my party, including many of the 25 Jewish Democrats in the House as well as a number of progressives, reflect a reality that the headlines do not: On Israel, there exists a broad, mainstream consensus around a number of core principles.

We start from the belief that both Jewish and Palestinian people each have the right to self-determination and the right to live with peace and security. We unequivocally condemn acts of terrorism by Hamas, which have killed both Israeli and Palestinian civilians and caused so much devastation. We support Israel’s obligation to protect its citizens, are heartbroken that Israeli airstrikes have killed many innocent Palestinians and ache over the suffering they have endured in this protracted conflict. We reject the hatred and extremism on both sides of the Israeli-Palestinian conflict that have precipitated so much violence. And as I and a group of Jewish members wrote in a letter to President Biden on May 14, we supported a cease-fire and encouraged the Biden administration to facilitate the bold diplomatic engagement needed to achieve peace.

We don’t leave our values at the U.S. border; we disdain Mr. Netanyahu’s vile, hateful rhetoric and are horrified by his efforts to align himself with Donald Trump and an overtly racist, Kahanist, political party in his own country. We do not blame an entire country — nor repudiate its very basis for existence — because of the cruelties of the government leading it. It would have been patently wrong to castigate all Americans for the injustices perpetrated by the Trump administration; to blame all Israelis for the Netanyahu coalition’s transgressions is nothing short of hypocrisy.

Friends are honest with one another. Israel has long been among America’s greatest friends and allies. Its democratic norms and stability have resulted in a decades-long strategic partnership. With mutual strategic objectives in the Middle East, America is safer when Israel is safer. But when those norms are seemingly eroding — for which blame must be laid squarely at the feet of Israeli right-wing extremists — we have a duty to demand that this vital ally honor the values for which it stands. Democrats will always support this critical friendship with Israel, but we also will not hesitate to speak out — as friends do — when we must. And in one voice, we will not tolerate a Republican Party that weaponizes Israel for divisive, partisan gain and in doing so endangers the lives of Israelis and Palestinians alike.

Democratic elected officials must boldly name our shared agreement — that we support liberal, democratic values and the self-determination and security for both Israelis and Palestinians. This is an accurate representation of the view of the majority of our party., Elected officials in this Democratic mainstream may have slightly different ways of expressing this nuanced worldview, and that is to be expected. But we must forcefully reject politicized attempts to paint Democrats as occupying extreme views. Republican efforts to turn the Israeli-Palestinian conflict into a political football causes grave harm to Israelis and Palestinians alike.

The onus does not rest solely on elected leaders; Jewish Democrats and those who care about these issues across the country must loudly raise their voices to mark this space with both their political rhetoric and proposed policy prescriptions. We can simultaneously reject the transgressions of Mr. Netanyahu’s government, validate Palestinian suffering and support their right to self-governance, all while opposing efforts meant to challenge Israel’s right to exist. These core values are who we are and what we stand for. It is the standard to which we held our own country during the Trump presidency — and must be our standard for the region now.

Jerrold L. Nadler is a congressman from New York and Chairman of the House Judiciary Committee.