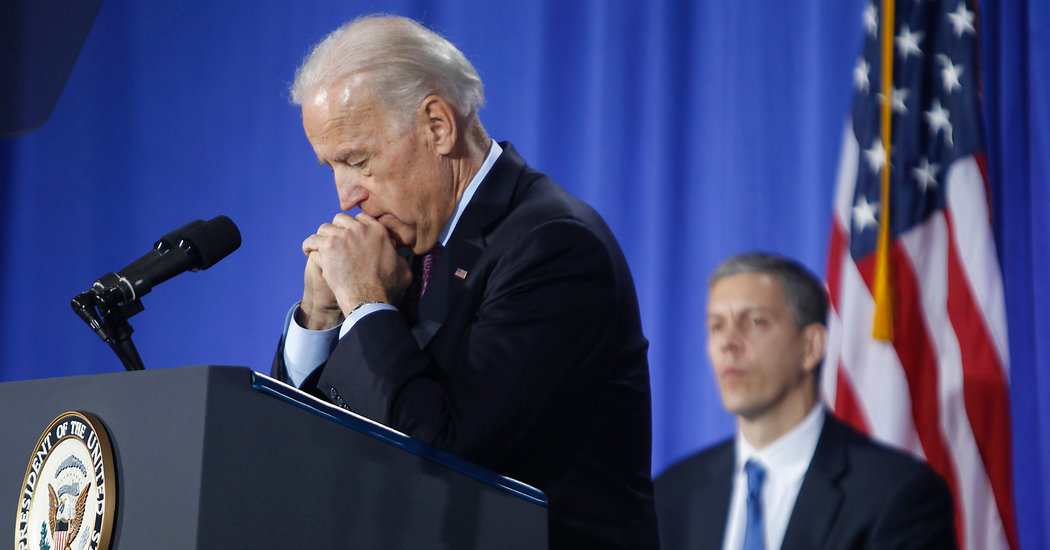 Regarding Tara Reade’s allegation that she was sexually assaulted by Joe Biden in 1993, and what the allegation could mean for Democrats this fall, some stock phrases come to mind. Hoisted on their own petard. What’s sauce for the goose is sauce for the gander. Be careful what you wish for.

Above all: The road to hell is paved with good intentions.

Let’s not start with the Brett Kavanaugh precedent. Or with the vindictive excesses of the #MeToo movement, typified by the Aziz Ansari story, the “Shitty Media Men List” and Al Franken’s resignation from the Senate. Go back further than Juanita Broaddrick’s appearance, like Banquo’s ghost, at the second debate in 2016, which did so much to blunt the Clinton campaign’s case about Donald Trump’s moral unfitness for office.

Rewind instead to 2011, when then-Vice President Biden and Education Secretary Arne Duncan announced a new policy of “comprehensive guidance” on matters of sexual violence and harassment for any school, college or university receiving federal aid. The guidance, issued in the form of a “Dear Colleague” letter, demanded that campus administrators use a “preponderance of evidence” standard — also known as “50 percent plus a feather” — to adjudicate accusations of sexual assault.

As with so many such policies, the intentions were irreproachable. To take a zero-tolerance attitude toward every form of sexual abuse. To transform the way that women thought of their experiences of abuse and of their rights. To teach men to think much harder about their behavior and their responsibilities. As Biden put it in a 2015 speech, “We need a fundamental change in our culture. And the quickest way to change culture is to change it on campuses of America.”

But if the goal was laudable, the means frequently were not. It’s one thing to use a “preponderance of evidence” standard in a civil case. It’s another when there’s a 50 percent minus a feather chance that an innocent person might have his (and occasionally her) reputation destroyed and life wrecked by a dubious accusation.

Within a few years there were at least hundreds of such cases. Accused students, sometimes facing charges based on ambiguous sexual encounters, were left to fend for themselves in campus tribunals with little regard for due process. Guilty verdicts in these kangaroo courts tended to run high, but so did stories of financial settlements between schools and the families of the accused.

There’s no reason why one can’t be in favor of tough penalties for sexual misconduct and fairness toward the accused. But if Biden ever spoke up against the miscarriages of justice carried out in the name of his policy, I’m unaware of it.

Nor, with honorable exceptions like The Washington Post’s Ruth Marcus, do I recall liberal politicians and pundits worrying about the unintended consequences of the #BelieveWomen approach to allegations of sexual misconduct. So long as it was politically advantageous — as it was with Kavanaugh-accuser Christine Blasey Ford — then women were seen as courageous truth tellers.

By contrast, when it was not advantageous — as it was with Clinton accusers like Broaddrick and Kathleen Willey, or with Tara Reade today — then they were unreliable people whose accounts had to be scrupulously weighed against the available evidence.

This is the “heads, I win; tails you lose” school of political argument. It fits in well with the “sentence first — verdict afterward” school of legal judgment from which it emerges, along with the “all women are truthful, but some are more truthful than others” school of forensic analysis.

In his Friday morning interview on MSNBC, Biden was asked by Mika Brzezinski how he could square his past support for Blasey Ford — “you’ve got to start off with the presumption that at least the essence of what she’s talking about is real, whether or not she forgets facts,” as he said at the time — with his insistence that Reade’s allegation is unequivocally false. Biden’s answer, “Women have a right to be heard and the press should rigorously investigate claims they make,” was what a lawyer would call non-responsive. Being “heard” is not, and should never be, the same thing as being believed. The entire difference between hearsay and proof, rumor and reason, mob rule and justice, lies in the distinction.

For my part, I don’t believe Biden. I don’t believe Reade, either, barring dispositive factual disclosures. Belief in the absence of convincing evidence is a form of religion. It should not be a part of our legal system, confirmation hearings, campus codes, or political campaigns.

What I do believe in is the presumption of innocence, whether in courts of law or public opinion, and in high standards of proof for high sorts of crime. That’s a presumption I will continue to extend to Biden. The least he can do now is extend it to everyone else, including those who suffered when he didn’t.