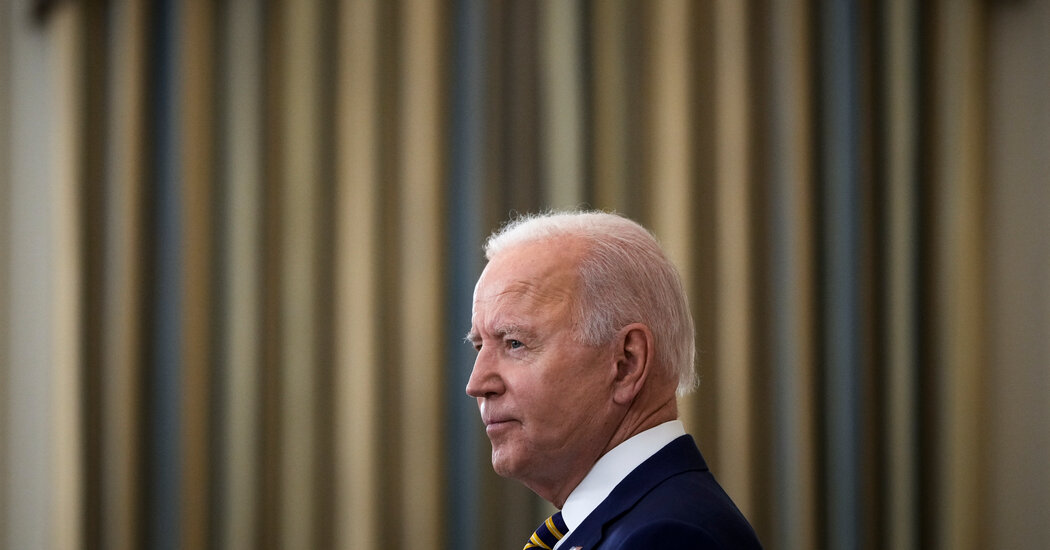 Gail Collins: Bret, it’s been a while between conversations and although I’ve been on vacation I have noticed a lot of … stuff. Particularly the frozen Senate. Tell me, who’s your hero? Action-stopping Joe Manchin? Perpetually plotting Mitch McConnell? Let’s-all-get-along Mitt Romney?

Bret Stephens: Welcome back from holiday, Gail. Years ago I won a minor journalism award on the strength of my mockery of Mitt Romney’s presidential bid. But how can you not love a Republican who voted to convict Donald Trump of high crimes and misdemeanors not once, but twice?

Gail: Yeah, I’ve certainly gotten over that dog on the roof of his car.

Bret: That said, my hero of the hour is the gentleman from West Virginia. Everybody hates the filibuster until they find themselves in the minority, and Manchin is doing his fellow Democrats a favor, which they can thank him for when they lose the majority. I really don’t understand how some liberals attack the filibuster as some kind of emblem of white supremacy when both Barack Obama and Joe Biden were defending its sanctity during a period of Republican control of the Senate. Come to think of it, as Democratic senators past and present go, I think I like Manchin almost as much as I like the other Joe — Lieberman, that is.

But how about you? Who is your senator of the hour?

Gail: Oh gosh, I’m fascinated by the Lieberman-Manchin coupling. I think you’re the first one who’s suggested to me it might be a … welcome development. We’ve divided on the Lieberman issue before. I’ve blamed him for everything from Al Gore’s loss of the presidency to the flaws in Obamacare, but I won’t torture you on that front today.

Bret: Shouldn’t you blame, um, Ralph Nader, or Antonin Scalia, or those earth-tone suits for Gore’s loss? Sorry, go on.

Gail: There are two reasons Manchin keeps holding up the Biden agenda. One is that he’s from a very Republican state and has to keep reminding his voters he isn’t like those other Democrats. Perfectly understandable, but not exactly heroic.

Bret: Well, you can have a conservative Democrat from West Virginia who votes with his party roughly 62 percent of the time. Or you can have a Trumpist Republican who votes with her party 100 percent of the time. I think liberals should give their red state Democrats a little more respect lest they be tempted to defect like Colorado’s Ben Campbell, Alabama’s Richard Shelby and Texas’ Phil Gramm.

Gail: Manchin also just seems like he thinks it’s cool to be the one guy who can stop every bill in its tracks. But in this kind of situation, being the big “no” vote isn’t heroic, it’s posturing.

As to my senator of the hour, don’t know if I have a good nominee, but I am very, very tempted to drive you crazy and say Chuck Schumer.

Bret: Ideological differences aside, I genuinely like the senator and his wonderful wife Iris. So I’ll refrain from suggesting that the Senate majority leader would ever stoop to any political posturing of his own. What is it that you’re liking about him so much lately?

Gail: These days, Senate majority leader isn’t exactly a pleasant gig. Rounding up the votes to get anything done in a 50-50 chamber is godawful. But Schumer’s been doing pretty well at holding things together. You can tell he really gets a kick out of having the job.

And admit it, he’s more likable than Mitch McConnell.

Bret: Gail, that’s like setting the bar at the bottom of the Dead Sea.

Gail: Meanwhile, there’s that movement by conservative Catholic bishops to deny Biden the right to take communion because he supports abortion rights.

I’m pretty confident where you’ll come down on this one, but let me hear your thoughts.

Bret: Well, as a friend of mine pointed out to me the other day, if the bishops are going to deny Joe Biden communion for his pro-choice views, shouldn’t they also deny communion to pro-death penalty conservatives? Last I checked, the Vatican wasn’t too keen on lethal injections, either. This seems pretty, um, selective in its opprobrium.

But, hey, as a member of the original Abrahamic faith, what do I know about all this Catholic stuff? I’m more interested in your view of the subject.

Gail: When I went through Catholic schools, we were taught abortion was murder, period. I stopped believing that a very long time ago, but I do understand people who have personal moral reservations.

Bret: Fair enough, but I’ve always had strong reservations about the “abortion is murder” school of thinking.

If it’s murder, then the tens of millions of American women who have had abortions over the decades are, at a minimum, accomplices to murder, if not murderers themselves. If that’s the reasoning, then the logic of the argument leads you to conclude that they ought to be in prison. Alternatively, if abortion is murder but the women who get abortions don’t deserve to be treated as criminals, then you are devaluing the moral gravity of the act of murder. Either way, the position strikes me as intellectually indefensible.

Gail: I could appreciate where the anti-abortion forces are coming from — except that they’re often the ones who do so little to provide services that help poor women avoid unwanted pregnancies in the first place. Or provide job protection for new parents. Or day care for their infants.

Bret: I think this is yet another good argument for keeping religion out of politics as much as possible. I’m not a fan of many aspects of the welfare state, but I don’t understand conservative politicians who invoke their Christianity — the original version of which is basically socialism plus God — only to take less-than-Christian positions.

Gail: Joe Biden is the guy who’s crusading to expand services that would make it easier for struggling young women to keep their babies and raise them happily. But he’s supposed to be the conservative bishops’ villain. Sort of ironic, huh?

Bret: Ironic, too, that he’s only the second Catholic president in American history, after Jack Kennedy, and probably the most religious Democrat in the White House since Jimmy Carter. And he’s the guy the church wants to censure?

Gail: One last thing before we sign off: Tuesday’s our big Primary Day in New York City. And the debut of our new preferential voting system. It’s the same thing Maine did in the 2020 presidential election.

Bret: No idea why it didn’t occur to someone that what happens in Maine should stay in Maine. Like Moxie soda.

Gail: So I went to vote early, having painfully prepared to choose five — five! — mayoral contenders in order of preference.

Bret: I realize it’s a secret ballot, though I’d love to know who you picked last.

Gail: Then I proudly moved on to the next section and discovered I was supposed to pick just as many people for comptroller. Have to admit this one threw me. Really, do you think even the most avid student of local government can tell you who the third-best comptroller contender is?

Bret: I barely even know what a comptroller is, if I’m being honest. But I’ve gotta assume the third-best one must be Scott Stringer, since that’s the job he currently has.

Gail: Not really sure this preferential voting system is my, um, preference. Any thoughts?

Bret: Being the knee-jerk conservative that I am, my instinct is to oppose it on the “just-cuz” principle. Other countries that tinker with their voting procedures never seem to meaningfully change the quality of governance, even if it can shift the dynamics of a race. But, as you pointed out, ranked-choice voting does confuse a lot of voters who sensibly decide that they don’t have to become experts on secondary electoral races in order to make a political choice.

On the other hand, advocates of the system argue that it tends to work in favor of more moderate, consensus-choice candidates, while cutting down on negative campaigning, which America could surely use these days. I also read somewhere that the Australians have been using the ranked-choice system for a century or so, and the universe Down Under didn’t come to a screeching halt. So I’m happy to be persuaded either way on the issue.

Gail: We’ll see. But preferential voting certainly isn’t on my top five things to worry about. So many more worthy candidates.

Bret: One last thing, Gail. If you haven’t already, read our colleague Nicholas Casey’s moving and elegant magazine essay about his father. I hope our readers do, too. It’s a reminder that all of us, at some level, spend a part of our lives searching for our dads — and, sometimes, even finding them.