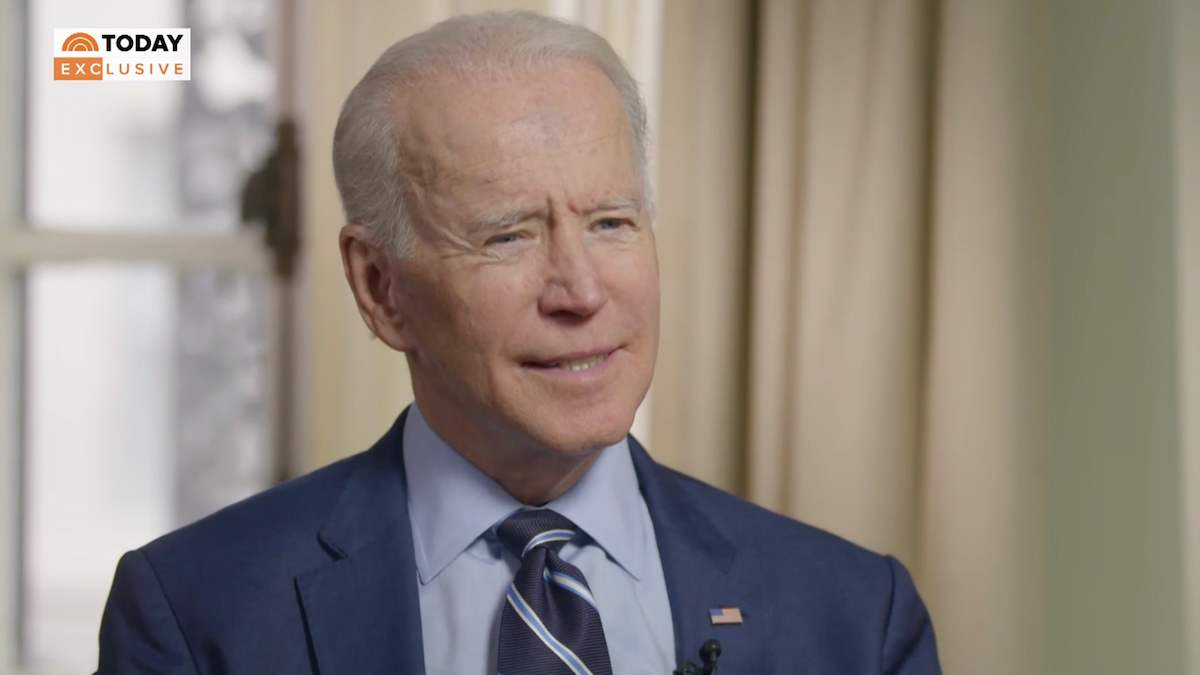 Former Vice President Joe Biden is challenging Bernie Sanders’ vision of a national “revolution” — and questioning his promise of turning out millions of new voters to the polls.

“Look, the idea that there’s going to be this revolution — Americans aren’t looking for revolution,” Biden told the TODAY show’s Craig Melvin in an interview Wednesday. “They’re looking for progress. They’re looking for, ‘Tell me how you’re going to help me with my health care. Tell me you’ll make me safer,'” Biden added.

Melvin noted that some Sanders supporters “seem keen on a revolution.”

“Well, some do,” Biden said, “but look at the numbers. We always talk about this great increase in participation. He’s nowhere near — he’s not going to come anywhere near generating the kind of participation of young folks that Barack (Obama) did in 2008. There’s no evidence of that yet.”