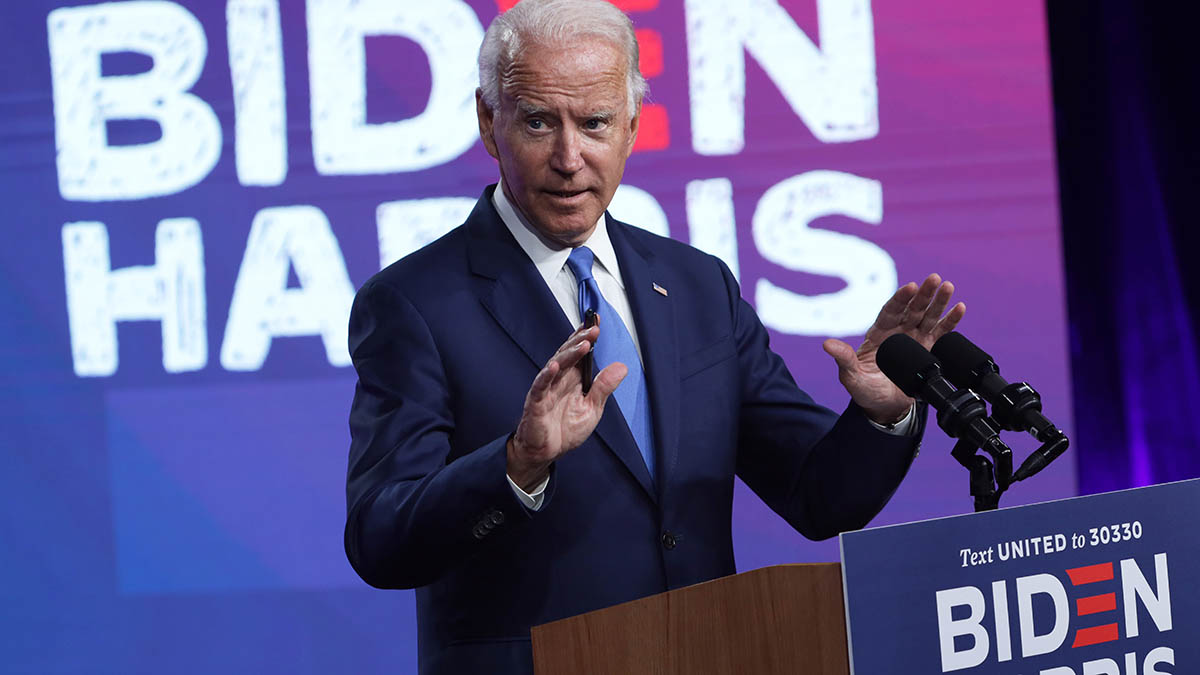 The Bidens’ income last year represents a significant decrease from the previous two years. In 2017, the couple reported making more than $11 million, and in 2018 they made $4.5 million. In both years, the income was largely through book deals.

Harris and her husband, attorney Doug Emhoff, reported $3,018,127 in taxable income, the majority of it via Emhoff’s partnership at the global law firm DLA Piper. They paid federal income taxes of $1,185,628, or an effective tax rate of 39%. Harris and Emhoff also reported making charitable donations of $35, 390 last year.

The release was a strategic move, coming less than 48 hours after The New York Times published a bombshell investigation based on more than a decade’s worth of Trump’s tax returns, showing that he paid just $750 in individual federal income taxes in 2016 and 2017.

The Times also found that for 10 of the previous 15 years before he was elected to the White House, Trump paid no federal income taxes because his businesses lost hundreds of millions of dollars, which he was able to use to reduce his tax burden. Trump called the Times’ expose “fake news” but did not directly dispute any of the figures contained in it.

“This is a historic level of transparency meant to give the American people faith, once again, that their leaders will look out for them and not their own bottom line,” Kate Bedingfield, Biden’s deputy campaign manager, told reporters Tuesday afternoon.

Over the past three years, Trump’s tax returns have taken on an almost mythic quality, ever since he broke with decades of presidential campaign protocol and refused to release his returns during his 2016 campaign.

As the wealthiest American president in modern history, Trump has never been shy about the fact that he employs accountants to help him lower his tax bill, or that he aggressively seeks ways to minimize the tax burden on his sprawling real estate and licensing family business.

In 2016, Trump claimed during his first debate with Democrat Hillary Clinton that not paying income taxes “makes me smart.”

But many Americans were shocked to learn this week just how little Trump has paid.

In 2016 and 2017, Biden paid far more in taxes than Trump did, despite making nowhere near as much money.

The following year, the Bidens paid $3.7 million in federal income taxes on earnings of just over $11 million. The same year, Trump paid $750.

The Bidens’ 2019 state and federal tax returns are posted here.