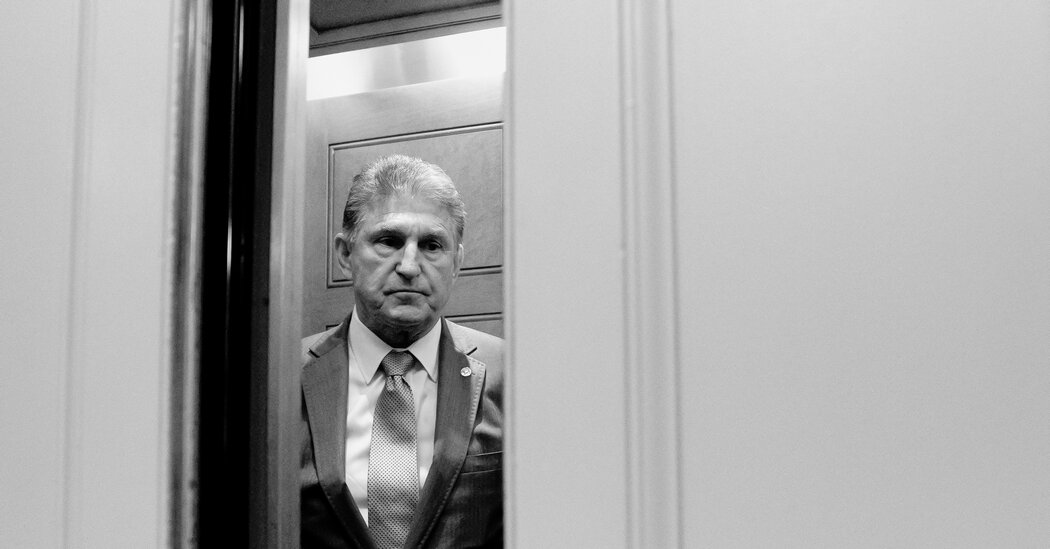 The expanded child tax credit is not the most ambitious policy in President Biden’s “Build Back Better” plan, but it might be the one that says the most about the current direction of the Democratic Party.

The monthly payment to most families with children — authorized, on a temporary basis, by the American Rescue Plan — represents a shift away from the austerity-minded thinking of much of the past 30 years of Democratic policymaking. To help parents with no strings attached (and with as little red tape as possible) is to reject, in a small but significant way, the idea that families should have to rely on the market to survive.

If this is the case, it is no surprise to learn that in exchange for his support of the president’s human infrastructure bill, the conservative Democratic Senator Joe Manchin of West Virginia would like his colleagues to end the nearly universal child tax credit and replace it with a pared-down alternative, according to a report in Axios. In something of a throwback to the days of “welfare reform,” Manchin wants Democrats to add work requirements and tight income-based limits on eligibility.

None of this would actually improve the program — “Narrowly targeting the credit to the lowest income families risks creating a stigmatizing poverty trap,” Samuel Hammond of the Niskanen Center told The Washington Post — but it would undermine progressives and stop the march of an “entitlement society” which, for Manchin, is good enough.

As I argued earlier this month, the senator appears to be committed to a conservative producerism that treats the market as a crucible in which ordinary workers prove their moral worth. We are not an “entitlement society,” says Manchin; we are a “reward” society. To thrive, you must work. And if you do not work, then you forfeit whatever help the government might deign to give. To give help without work — to shield ordinary workers from the market in the name of security or dignity — is to undermine and weaken the very fiber of society.

In fairness to him, Manchin made it clear that this was his perspective at the start of the year, before Biden was even in office. “I don’t ever remember F.D.R. recommending sending a damn penny to a human being. We gave ’em a job and gave ’em a paycheck. Yeah. Jesus criminy, can’t we start some infrastructure program to help people, get ’em back on their feet? Do we have to keep sending checks out?” as Manchin put it to The Washington Post.

There was an irony in Manchin’s decision to invoke Franklin Roosevelt, one worth examining as Manchin takes a stand against the effort to expand the social safety net without forcing ordinary Americans to “earn” the support they need to live their lives. Animating the New Deal, Mike Konczal writes in his book, “Freedom From the Market: America’s Fight to Liberate Itself From the Grip of the Invisible Hand,” was a “new idea of freedom that limited and constrained markets” and put limits on “market dependency.”

To be completely dependent on markets was to exist in a state of unfreedom, subject to the overbearing weight of property and capital. Konczal quotes a Roosevelt administration official, the great labor lawyer Donald Richberg, who made this point in explicit terms when he said that when workers are “compelled by necessity to live in one kind of place and to work for one kind of employer, with no choice except to pay the rent demanded and to accept the wages offered — or else to starve — then the liberty of the property owner contains the power to enslave the worker. And that sort of liberty is intolerable and cannot be preserved by a democratic government.”

Or, as Roosevelt himself declared in a 1932 speech not long before he was elected president, “Even Jefferson realized that the exercise of the property rights might so interfere with the rights of the individual that the government, without whose assistance the property rights could not exist, must intervene, not to destroy individualism, but to protect it.”

The market, in other words, was made for man, not man for the market, and after a generation spent running away from this insight — which also helped animate Lyndon Johnson’s “war on poverty” — Democrats are finally coming back to the idea that people are entitled to a basic standard of living, regardless of whether they work or not.

Manchin stands against this development. And he is not, of course, alone. Since Biden entered office, not a single Republican — not a “moderate” and not a “populist” — has shown any interest in actually passing policies that might give Americans some freedom from the pressures of the market. Even initial pandemic relief, passed under President Donald Trump, was forced to overcome Republican opposition to anything that might free workers from total market dependence.

“The moment we go back to work, we cannot create an incentive for people to say, ‘I don’t need to go back to work because I can do better someplace else,’” Senator Rick Scott of Florida notoriously said, in opposition to a plan to expand unemployment assistance.

Compared with the recent past, Biden’s “Build Back Better” bill is a major shift from austerity and retrenchment. But relative to the challenges at hand, it is, at best, a modest change in pace. It is, as Senator Bernie Sanders of Vermont has said, “a compromise.”

And yet this halting attempt to build a somewhat stronger safety net is too much for Manchin — and the forces of capital he represents — to countenance.