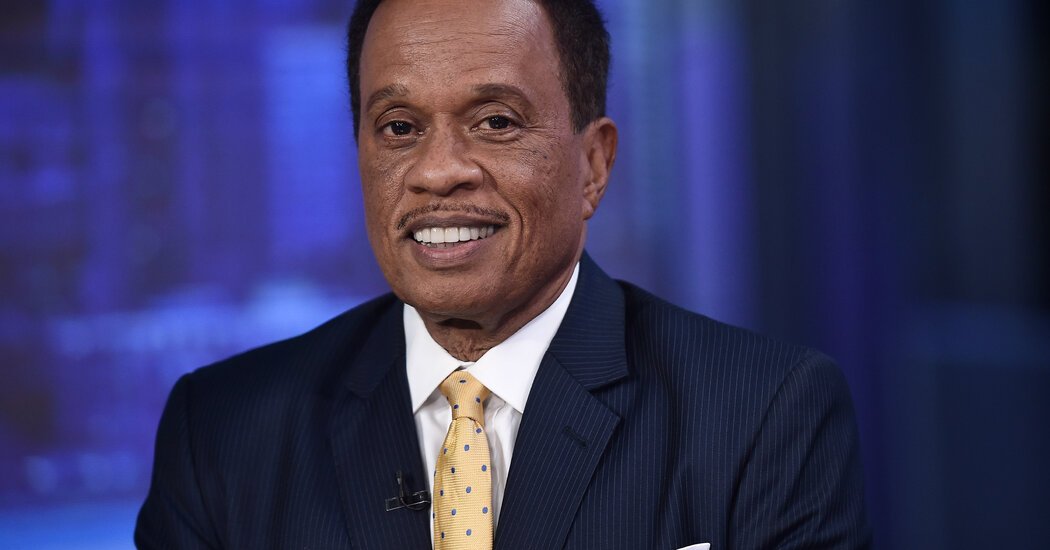 He will continue contributing to the cable network as a senior political analyst based in Washington.

The Fox News host Juan Williams said on Wednesday that he was leaving his longtime perch on “The Five,” the weekday afternoon chat show where he had served as the liberal outlier of an otherwise reliably conservative quintet of hosts.

Mr. Williams abruptly announced his exit at the end of Wednesday’s broadcast, citing in part his bout with the coronavirus, which he contracted at the end of last year.

“Covid taught me a lot of lessons,” Mr. Williams told viewers in brief remarks, adding that he would remain at Fox News as a senior political analyst based in Washington, where he lives. “It’s been going on seven years since I have been a daily host of this show. The show’s popularity has grown every single year. So thank you. Thank you so much, to you, the viewers.”

Fox News said it would fill Mr. Williams’s role with another liberal-leaning commentator, to retain the ideological makeup of the show. Until then, a rotating group of substitute hosts will appear on “The Five.” Geraldo Rivera, a Fox News correspondent, and former Representative Harold Ford Jr. have made guest appearances in the show’s “liberal” slot.

Among the hosts, Mr. Williams was often the lone defender of Democratic politicians, and in recent years, he was often the only commentator who ventured strong criticisms of former President Donald J. Trump. His remarks tended to be met with intense pushback from his colleagues, including the pro-Trump personalities Greg Gutfeld and Jesse Watters.

His jousting with colleagues was part of the appeal of the show, which is formatted as a spicy discussion about news and politics. But the Trump era introduced a harder edge to the exchanges.

This month, for instance, Mr. Williams said on the air that Mr. Trump “perpetrated a lie that led to violence,” adding that the former president “has damaged our country” with his false statements about a stolen election and the subsequent riot at the Capitol on Jan. 6.

In a statement on Wednesday distributed by Fox News, Megan Albano, a network vice president in charge of “The Five,” characterized the exit as Mr. Williams’s choice.

When Fox News made plans to return “The Five” to its New York City studio, after months of remote production because of the pandemic, “Juan decided to stay in Washington, D.C., permanently,” Ms. Albano wrote. “We accommodated his request, understanding and appreciating his desire to remain closer to his family, recognizing that a remote co-hosting role on a roundtable in-studio program was not a long-term option.”

After Mr. Williams announced his exit on Wednesday, the program aired a tribute package featuring clips from his appearances over the years. Afterward, his co-host Dana Perino complimented Mr. Williams (“It’s a real honor and a pleasure to work with you, Juan”) and encouraged him to appear on her own daytime Fox News program, “America’s Newsroom.”