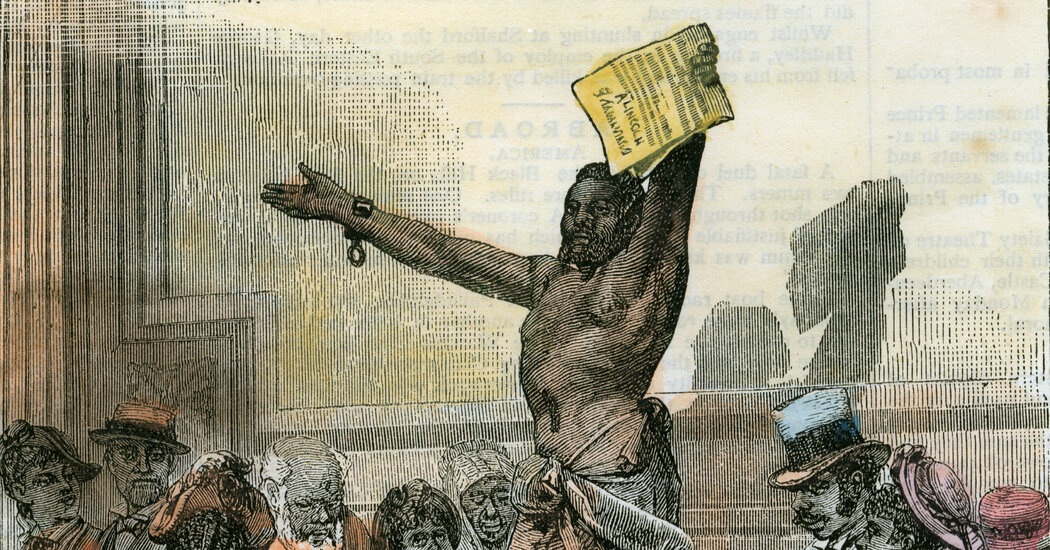 For two and a half centuries, starting long before the establishment of the United States, people of African descent fought against slavery every way they could. Americans legally bought and sold Black people as property, and enslaved status passed through generations, from mothers to their children.

It took a deadly civil war, at a cost of more than 650,000 lives, to rid the United States of that institution. To commemorate Juneteenth — now established as a national holiday on June 19 — is to recognize the importance of slavery in United States history, to remember the horrors of bondage and the jubilation of freedom.

Yet abolishing slavery was only one piece of a complex puzzle. It marked an ending, confirmed on Dec. 6, 1865, with ratification of the 13th Amendment. But it was also part of a much longer struggle to secure for Black Americans the rights and privileges promised to white Americans, a struggle that began long before Juneteenth and endures today.

For decades before the Civil War, Black Northerners and their white allies fought to rid their communities, and the nation, not only of slavery but of racist laws and institutions.

At the time of the American Revolution, slavery was legal throughout the British North American colonies. Though Northern states, starting with Vermont in 1777, gradually abolished slavery, many subjected free Black people to discriminatory regulations. Over time, the white Northerners who supported such measures insisted that newly freed people were poor and therefore likely to become criminals or public charges, or that Black people were racially inferior, or that the United States was destined to be a white nation — or some combination of all those ideas.

Those views were enshrined in laws in the Midwest, where newly admitted states, starting with Ohio in 1803, imposed special residency requirements on free Black people, barred their children from public schools, forbade them from testifying in court cases involving whites, and prohibited Black men from voting.

Black Americans mobilized against those laws. In Ohio and elsewhere, they were a minority of the statewide population and recognized that they needed white supporters if the discriminatory laws were to be repealed. They held meetings, organized petition drives and issued addresses to the white citizens of their states.

In the Northeast, Black sailors who had been unjustly incarcerated while their ships were in Southern ports told their stories to sympathetic whites, who in turn pushed the legislatures of Massachusetts and New York to provide funding for rescuing Black Northerners from Southern prisons. In the early 1840s, Black and white Americans petitioned Congress to secure for free Black sailors basic rights to pursue their livelihoods, to move freely and to the presumption of innocence.

Congress did not act. In fact, when Congress did pass legislation that involved the rights of free Black Americans, it was the oppressive Fugitive Slave Act of 1850, which made free Black Northerners more vulnerable than ever to kidnapping and enslavement.

The Northern struggle made clear that abolishing slavery would not, on its own, lead to justice or even basic fairness for free Black Americans.

In October 1864, just before President Abraham Lincoln was elected to a second term, a large group of Black activists met in Syracuse, N.Y. Many had been writing, speaking and working for racial justice for decades. Most were from the free states, but a handful made the trip from slave states like Tennessee, Virginia and Florida.

In an “Address to the American People,” the convention insisted that the nation must not only abolish slavery but erase “from its statute-books all enactments discriminating in favor or against any class of its people” and establish “one law for the white and colored people alike.” The vote, the delegates insisted, was “the keystone in the arch of human liberty” without which “the whole may at any moment fall to the ground.”

The Syracuse meeting also had a practical vision. It founded a National Equal Rights League to demand “a recognition” of Black Americans’ rights as citizens of the United States. Northern and Southern delegates returned home to start their own branches. In fall 1865, George T. Downing of Rhode Island, who attended the Syracuse meeting, led an effort to send Black lobbyists to Washington to push for federal legislation that would affirm the principle of racial equality.

Republicans in Congress were ready. Some had been involved in prewar Northern struggles for racial equality. Others recognized that the nation was at a crossroads and that abolition would mean little without federal protections for Black Americans.

The Congress that met in 1865-66 adopted the nation’s first civil rights statute, the Civil Rights Act of 1866, and the 14th Amendment. These measures passed despite full-throated Democratic opposition, including charges — so familiar today — that the new policies interfered with the prerogatives of the states and gave Black Americans unfair advantages over whites.

Juneteenth, then, should serve not only to remind us of the joy and relief that accompanied the end of slavery, but also of the unfinished work of confronting slavery’s legacy. Thanks to the efforts of generations of activists, laws that explicitly discriminate based on race are a thing of the past. But today’s conservatives echo their 19th-century predecessors when they justify federal inaction on voting rights with arguments about states’ rights and spurious claims of electoral corruption. These arguments join a growing attack on the teaching of American history itself.

Americans need to understand that the original Constitution, which protected slavery while providing few federal safeguards for individual rights, did not create a path toward abolition or racial equality. To the contrary, before and after Juneteenth, it was Black people and their white allies who fought to eradicate the racist legacies of slavery and who demanded that the federal government take action to protect the rights of all.

Kate Masur, a history professor at Northwestern, is the author of “Until Justice Be Done: America’s First Civil Rights Movement, From the Revolution to Reconstruction.”