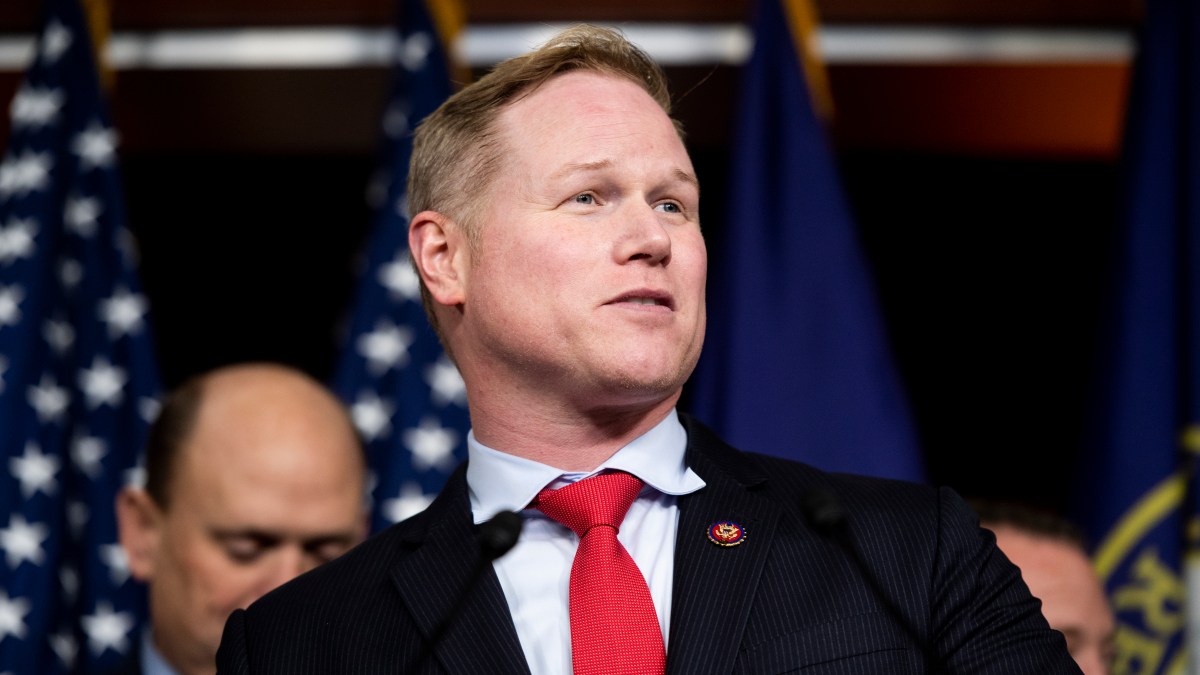 A freshman Kansas congressman who had listed a UPS Inc. postal box as his residence on a state voter registration form was charged Tuesday with three felonies, including illegal voting.

The charges against GOP Rep. Steve Watkins came three weeks before the state’s Aug. 4 primary election with fellow Republicans pushing to oust him from the eastern Kansas seat he barely won in 2018, even though he’s largely toed the conservative policy line and supported President Donald Trump. GOP critics already had worried that the months-long investigation into whether Watkins violated state election laws puts the 2nd District seat in play if he wins the primary.

Watkins called the charges “hyper-political” even though the district attorney who filed them also is a Republican. The congressman said during a televised debate Tuesday evening that he hadn’t seen the charges but has done nothing wrong.

“I’ll get my name exonerated,” he said during his closing statement.

The charges were filed in state district court in Shawnee County, which includes Watkins’ hometown, the state capital of Topeka. District Attorney Mike Kagay announced them less than half an hour before the three GOP candidates’ only scheduled debate began on three stations.

The UPS postal box was listed as Watkins’ residential address for voter registration purposes when he cast a mail-in ballot for a local city council and school board election in November 2019. He later changed his residential listing.

The most serious criminal charge accuses Watkins of voting in the 2019 local city and school board election without being qualified. A first-time offender who’s convicted could face a year in prison, though the more typical sentence would be two years’ probation.

Kagay also charged Watkins with voting illegally in advance and interfering with law enforcement by providing false information. Both felonies could bring up to seven months in prison, though a year’s probation is the presumed sentence.

Watkins also was charged with failing to notify the state Division of Vehicles of a change of address, a misdemeanor.

Kagay’s announcement did not provide details about the alleged crimes, and the district attorney said in an email that he could not discuss them “until they are presented in open court.” A hearing in the case was set for Dec. 3 — a month after the November general election.

“We need to put our best foot forward,” LaTurner said during his opening debate statement. “Clearly, our current congressman, with three felony charges and a misdemeanor charge, is not the person to do that.”

Some Republicans had lingering misgivings about Watkins even before questions about his voter registrations. He is a former Army officer and military contractor who lived most of his adult life outside Kansas and hadn’t voted in its state or federal races until running for Congress.

Watkins won the November 2018 general election by less than a percentage point in a GOP-leaning district that Trump carried by a wide margin in 2016.

The presumed Democratic nominee this year is Topeka Mayor Michelle De La Isla. The national Democratic Party has said it sees “an opportunity” to pick up the seat.

“If you want to be trusted to write our laws, you should at least follow them,” the Democratic Congressional Campaign Committee said in a statement.

The congressman and his staff have said he inadvertently listed his mailing address instead of his residential address by mistake.

Watkins filed a new form in December listing an address at an apartment complex about 2 miles north of the UPS store as his residence, but it was the address for the complex’s office. That address was not in the same City Council district as the UPS store but in a district with no council race last year.

In January, Watkins filed another form listing another address for an apartment in the same complex as his residence.

The Shawnee County sheriff’s department began investigating Watkins’ voter registrations in December. In late May, Kagay said in an email that his office had reviewed the investigation and “requested follow up be conducted on a specific issue,” without being more specific.