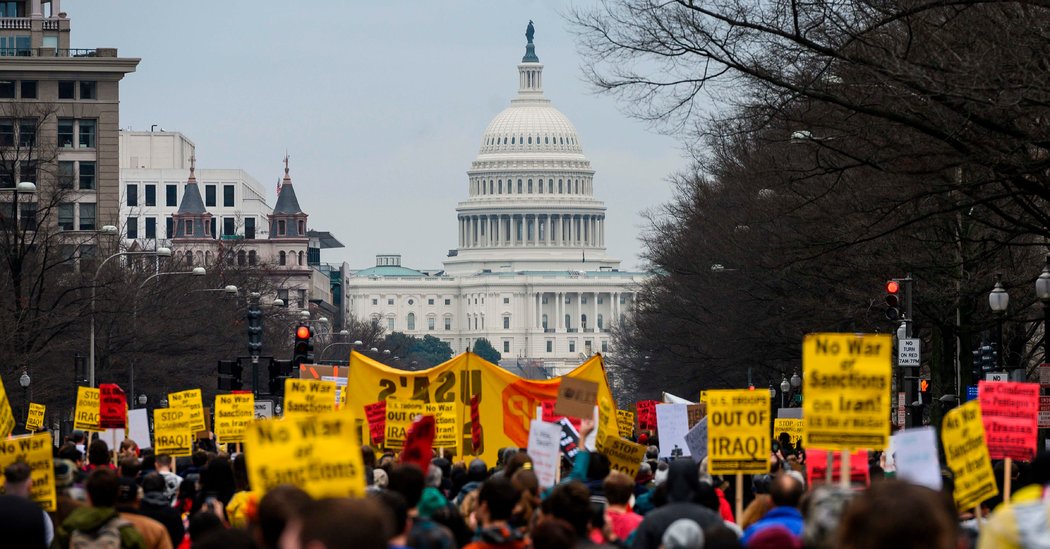 Much of the discussion in the aftermath of the killing of Maj. Gen. Qassim Suleimani last week has focused on the legality of the attack: whether or not his death was carried out by “assassination” or “targeted killing.”

Administration officials have chosen the latter, following the war-on-terror playbook. They consider the strike a targeted killing, elaborating that it was justifiable as an act of self-defense. General Suleimani, officials say, was “actively plotting” a “big action” that would have cost “hundreds of lives,” thus posing an imminent threat. Others, such as Senators Bernie Sanders and Elizabeth Warren, have rightly rejected the term “targeted killing” and called it an assassination, implicitly raising a question about the legality as well as the wisdom of the strike.

The distinction is important as a matter of policy and strategy, as well as one of law. In 1975, the Church Committee, a select Senate committee, launched an investigation into the activities of the United States’ intelligence agencies, spurred on by reports of covert assassination attempts on foreign leaders, among them failed attempts against Patrice Lumumba of Congo and Fidel Castro of Cuba. The committee found that assassination was “incompatible with American principle, international order, and morality.” Its final report recommended a ban on assassination in the absence of war and except in cases of imminent danger. Though no such law was passed by Congress, President Gerald Ford issued an executive order in 1976 banning political assassination.

Since that executive order, some presidents have claimed the authority to circumvent the ban when they deemed it necessary. Ronald Reagan, reportedly claiming to act “in good faith” and within the context of an “approved operation,” launched a failed attack on the Lebanese cleric Mohammed Hussein Fadlallah. The Clinton administration, in considering plans for targeting Osama bin Laden, determined it would be an act of self-defense, and therefore not an assassination.

After the attacks of Sept. 11, “targeted killings” became the new rubric employed to bypass the ban on assassinations — a term which had conveniently escaped definition either by the Church Committee or subsequent presidential authorizations. Under Presidents George W. Bush and Barack Obama, executive authority to carry out these targeted killings expanded.

Mr. Bush authorized some 50 strikes, but the policy came into its own under Mr. Obama. His administration’s lawyers reasoned that despite the ban on assassinations, “targeted killings” against nonstate actors outside the zone of active hostilities and in cases of imminent threat were lawful as acts of self-defense in the context of the war on terror, thus authorizing a program that resulted in hundreds of strikes, causing the deaths of thousands of suspected terrorists and an untold number of civilians. The program has taken on renewed energy under President Trump.

Defending the policy, Mr. Obama reassured the American public that levelheaded decision makers would be behind the decisions leading to targeted strikes, “trading on the perceived trustworthiness of its officials,” as the human rights lawyer Jameel Jaffer has written. Further, Mr. Obama claimed the use of targeted strikes would reduce the risk of “creating more enemies” that boots on the ground would otherwise engender. But by all accounts, the killing of General Suleimani has brought on the opposite: It was an attack launched by a disrespect for law and custom and it has led to threats of violent reprisals. The uptick has already begun, as the supreme leader, Ayatollah Ali Khamenei, has labeled General Suleimani a martyr in the wake of his death, calling for “severe revenge.”

The killing of General Suleimani has taken the United States into new territory. For starters, General Suleimani, who led the Quds Force of the Islamic Revolutionary Guards Corps, wasn’t a nonstate actor — a basic premise of the targeted killing policy that was designed for members of terrorist organizations. He was a senior figure in a sovereign government’s military. The distinction is an important one. The policy of a war designed for nonstate actors has now slipped into a conflict between nation-states. In this regard, it resembles the assassinations that the presidential bans have sought to steer clear of.

In employing the euphemism “targeted killing” for a member of a sovereign state, the Trump administration has exposed the faulty assumptions and dangerous legacy posed by the war on terror’s targeted killing policy. A policy that attempted to cordon off the war on terror from the rules of war, that depended on “trust me” government, and that rationalized the expansion of executive authority without congressional approval, set the foundation for last week’s killing and its unleashing of threats of violent retaliation.

The United States and Iran are now in a state of war by another name. The belief that authorities aimed at nonstate actors would not eventually creep into activity against state actors has proved hollow. The expectation that backlash could be limited by decree has shown itself to be wishful thinking. And the trust that good men would always be in office was all-too shortsighted. We have come perilously far, it seems, from the call of John Adams for “a government of laws not men.”

Karen J. Greenberg (@karengreenberg3) is the director of the Center on National Security at Fordham University School of Law and the author of “Rogue Justice: The Making of the Security State.”