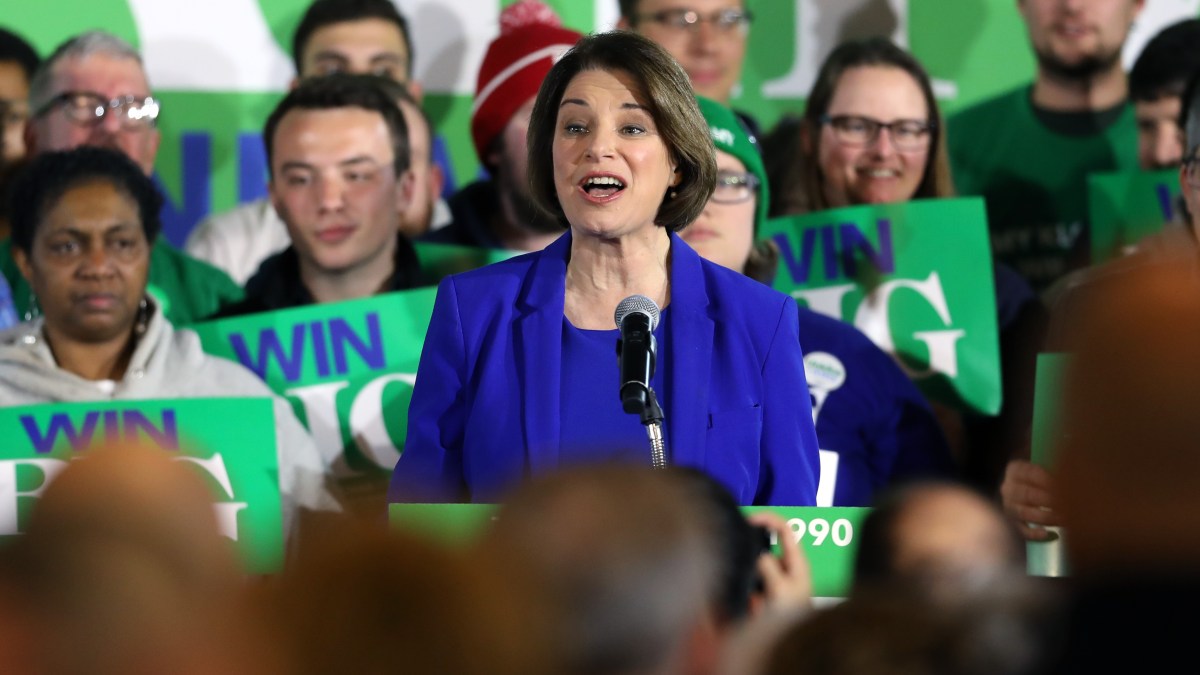 Amy Klobuchar rocketed into the top tier of contenders Tuesday night, taking third in the New Hampshire primary, according to an NBC News projection.

The Minnesota senator beat out former Vice President Joe Biden and a fellow senator, Elizabeth Warren of Massachusetts, but trailed Sen. Bernie Sanders, I-Vt., and Pete Buttigieg. Sanders won New Hampshire’s primary by a margin of about 4,000 votes, or less than 2 percentage points, over the former mayor of South Bend, according to an NBC News projection.

Klobuchar introduced herself to the nation in a televised speech earlier in the evening.

“Hello America! I’m Amy Klobuchar and I will beat Donald Trump,” she told a cheering crowd. “My heart is full tonight. While there are still ballots to count, we have beaten the odds every step of the way.”