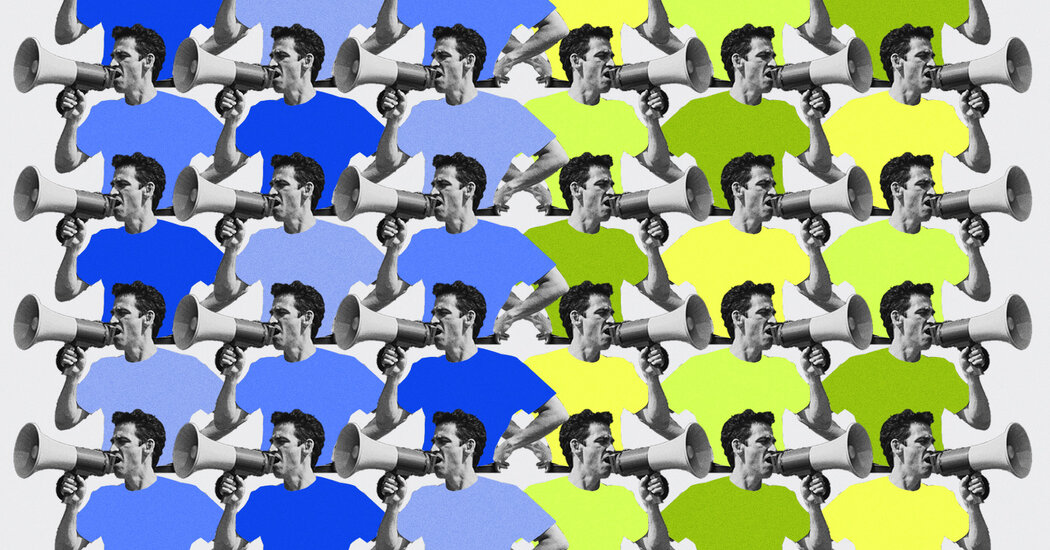 Paul Finebaum is a very well known person in America. His four-hour simulcast radio show and television show center on college football and, specifically, the Southeastern Conference, and he has an audience in the millions, according to the SEC Network.

In fact, not only is Finebaum, 66, a household name in the South, but so are some of the people who call in to talk about their favorite team. To quote a 2012 New Yorker profile of him, “In Alabama, the saying goes, there are two types of people: those who admit they listen to Paul Finebaum, and liars.”

He’s so important to his fans that one of them called from the hospital after having a heart attack to say goodbye to Paul personally. And when one superfan of the show (and of Auburn football) died in a car accident in 2018, he went to her funeral.

But if you live outside of the South (or the realm of college football), you may have never heard of him. My editor hadn’t and neither did one of my other colleagues, who’s one of the smartest people I know.

That’s no failing on their part, or yours. It just means that you, like me, and like Paul Finebaum, live in a particular knowledge bubble. Knowledge bubbles are normal: We generally know a lot about the things we care about most.

I write this newsletter for The New York Times, which means that I write this for you, the subscribers. Those of you who are reading this probably know a lot about American politics, and are steeped in a particular East Coast-centric culture. I’m going to assume that some of you might know less about, say, the inner workings of a call-in radio show that focuses on college football teams in the Southeast.

Knowledge bubbles become problematic and even dangerous when we pretend as if they don’t exist or don’t matter. Because what we don’t know — about the lives of our neighbors and fellow citizens and why they think the way they do — is almost as important as what we do know.

Why do people who live in places we’ve never visited vote for people we can’t stand? Why are the political priorities of some people so different from ours? Why don’t these people do the things that seem so very logical to me?

If we don’t know the answers, sometimes we’ll fill in our own: Those people must be stupid. Or ill informed. Or maybe they didn’t read the right books. Or maybe they don’t believe in the right things. We’re all very good at pointing out what types of knowledge others lack, but sometimes less good at identifying what we ourselves need to learn more about.

In America, such as it exists right now, we have taken this problem to new extremes, of course, given that we don’t even share a singular set of facts. That makes us all the more distrustful of those outside of our own knowledge bubbles, and all too sure of our ideological allies. What we don’t know about one another hinders whatever we want to do together.

Puncturing our knowledge bubbles is a necessity. We can create better policies when we know what people do and don’t want, and why.

To that end, I spoke to Paul Finebaum to break you out of a knowledge bubble you might be in. Because his job relies on conversations with people who are often very angry with him, Finebaum is always learning about what he does and doesn’t know, too. Our conversation has been edited for clarity and length.

If you had to explain to someone who doesn’t follow college football who you are and what you do, what would you say?

I am the ringleader of a circus that plays out in a specific part of the country, where the sport of college football is more important than literally anything else, with the possible exception of religion. As far as what I do, I stir the pot every afternoon to an audience on radio and television.

What is your relationship with your listeners?

The show started as a program in Birmingham, Ala. It then went statewide, then regional, and then national about 10 years ago. And what’s different about us is while most national radio shows have a talking head who pontificates and bloviates and does not want to take phone calls, we make our living on those calls and the public’s speaking. So we had to depend on the guy in the middle of Birmingham or out in the country or wherever. We embraced that.

It’s unpredictable but the most important thing that I have on this show is not whether Michigan football coach Jim Harbaugh beats Ohio State, it’s not whether Alabama wins the national championship. It’s the relationship with the audience, and it has to be honest. And, I think the audience has to know that I have their back.

I work for The New York Times. The people who read the paper and the people who work here know a lot about a lot of things, but there’s a lot of stuff we don’t know, too. What have you learned from your audience that you didn’t know as much about before?

It’s been profound. I used to be a newspaper columnist. Before that, a reporter. And most of my newspaper days were before social media. So you really did not have a relationship with the audience. In the early years, you may have gotten a letter. In the later years, you may have gotten an email. If you got an angry phone call, you really didn’t know what people were thinking, and what people really believed in.

But on a radio show, you do.

I am always going to be the advocate for the caller. I don’t mean to sound like I run a Walmart, but the customer is always right. And the customers in this case are mostly people who call in. That doesn’t mean I can’t disagree with them. But 20 years ago, I would say, “You’re crazy, you’re a moron.” I have toned that down.

And Covid changed me in a way that I didn’t think was possible. I became a little softer around the edges, believing that a lot of people are suffering. A lot of people are going through things that have nothing to do with what we’re talking about. And I am a little more empathetic to them as a result.

But your audience is in a knowledge bubble too, right? And they might not want to hear that Ohio State is good or that Notre Dame might deserve a spot in the College Football Playoff. How do you break them out of their own bubbles?

Tell the truth. I suggested several years ago that Ohio State should get in over Georgia to the C.F.P., and I received a lot of blowback. You can’t let your audience dictate or curtail you from speaking honestly and objectively.

How have you and the show changed over the years?

As a host of a show that’s heard on a national network — radio and television — I feel like I have to be open-minded. I have to be able to say, whether it pains me or not, that Ohio State is really good, or Notre Dame deserves to be in the playoffs, or Michigan.

You know, 10 years ago I would’ve played it more “us against the world.” I’m not as interested in that anymore. I’m interested in having a great dialogue. I mean, clearly, when you work for ESPN, you don’t want to shut three-quarters of the country out of your fiefdom, so to speak. So I think I have learned that I am more open-minded. It doesn’t matter where you are, who you are or where you’re calling from, I will listen to you.

And what about your fans? Do they listen to you?

You can talk until you are blue in the face but fans are no more likely to change their ability to listen to a differing view any more than a person on the left in the political arena listening to someone on the extreme right. It’s a nonstarter. This is tribalism on steroids.