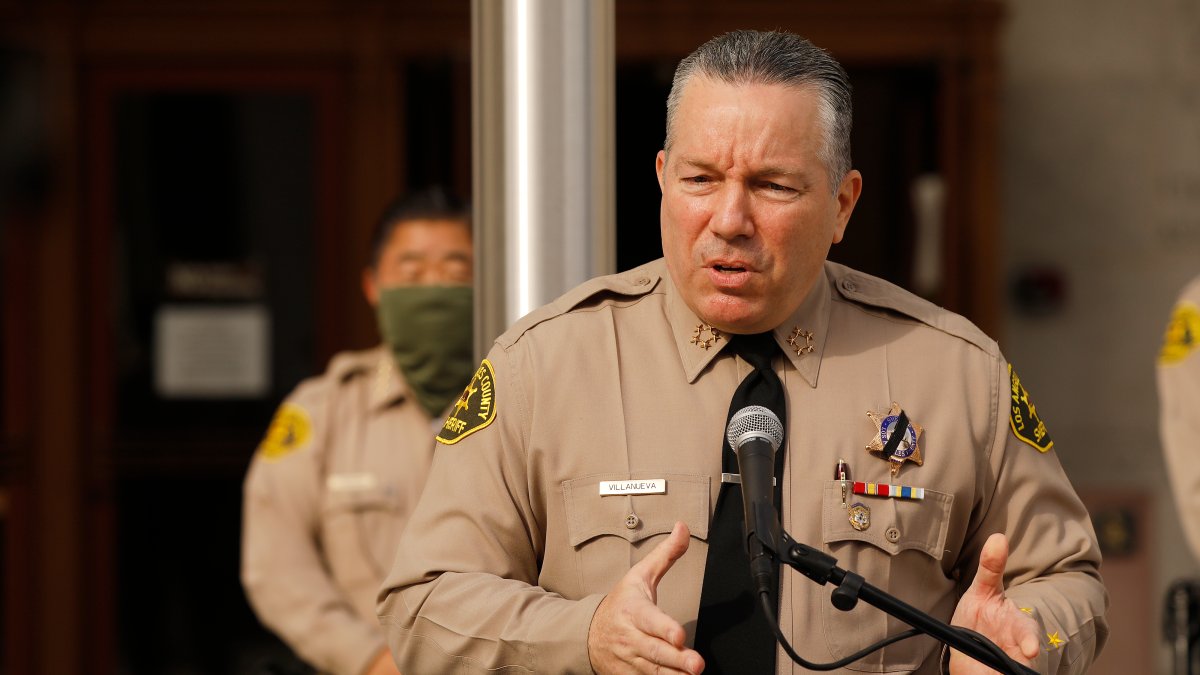 As expected, the Los Angeles County Board of Supervisors voted Tuesday to place a measure on the November ballot that would give the board authority to remove a publicly elected sheriff from office for cause.

The board made the move on a 4-1 vote, with Supervisor Kathryn Barger dissenting.

If approved by voters in November, the measure would give the board the power to remove a sheriff “for cause” on a four-fifths vote of the five-member panel.

“Cause” is defined as “a violation of any law related to the performance of their duties as sheriff; flagrant or repeated neglect of duties; a misappropriation of public funds or property; willful falsification of a relevant official statement or document; or obstruction of any investigation into the conduct of the sheriff by the Inspector General, Sheriff Civilian Oversight Commission, or any government agency with jurisdiction to conduct such an investigation.”

Although board members supporting the measure denied it was political in nature, the move is a clear response to repeated clashes with current Sheriff Alex Villanueva. Villanueva has accused board members of defunding his agency at the expense of public safety, while also rebuffing subpoenas to appear before the county’s Civilian Oversight Commission.

Board Chair Holly Mitchell and Supervisor Hilda Solis introduced the motion calling for the ballot measure. Mitchell said during the July 12 meeting that the issue goes beyond Villanueva.

“The issue of sheriff accountability before us is both urgent and systemic, having impacted past generations of Angelenos, but also with important consequences for the future,” Mitchell said. “Unfortunately, the county has had long and troubling history with sheriff oversight and transparency.”

The motion by Mitchell and Solis referred to previous sheriffs Lee Baca, who was sent to federal prison on corruption charges, and Peter Pitchess, who “resisted any involvement in the first internal investigation of deputy gangs from outside the department.”

Barger, the board’s lone opponent of the measure, issued a statement Tuesday following the board’s vote, saying, “Giving the Board of Supervisors authority to remove an elected sheriff unequivocally takes away power from the
public.”

“It’s a move that has the potential to disenfranchise voters,” she said. “It also overlooks the fact that a recall process already exists to remove elected officials who fail to perform their duties.”

Villanueva has blasted the proposal as unconstitutional. He sent a letter to the board last month saying the measure “would allow corrupt board members to intimidate sheriffs from carrying out their official duties to investigate crime.”

“This motion is a recipe for public corruption, particularly when ’cause’ remains so broad and undefined,” the sheriff wrote. “Allowing political appointees with an agenda to determine ’cause’ is fundamentally flawed.

“It appears you are making yourselves the judge, jury and executioner for the office of the sheriff, nullifying the will of the voters. This illegal motion seeks to undermine the role of the sheriff and render the office subordinate to the Board of Supervisors. On its face, your proposed ordinance language is not a proper reading of the law and will be challenged on these multiple grounds.”

He called the move an effort to derail his reelection bid. Villanueva is facing a Nov. 8 runoff with former Long Beach police Chief Robert Luna. All five members of the Board of Supervisors have endorsed Luna.

Barger earlier questioned the impetus behind the move, calling it politically motivated. She asked why it targets only the sheriff and not other county leadership positions.

Mitchell denied that the proposal was politically motivated.

“At no point since being elected to this position have I ever speculated about what motivates a member to bring a matter before us,” Mitchell said.

According to the motion, despite efforts to provide oversight of the department, “the board has nevertheless been limited in its ability to serve as a sufficient check against the sheriff’s flagrant disregard of lawful oversight and accountability.”

The Republican National Committee issued a statement blasting the proposal as “another prime example of how Democrats like to change the rules when they don’t get their way.”

“Not only is Sheriff Villanueva an elected official, he’s one of the few who has been willing to stand up to the board for reducing law enforcement funding and effectively endangering the lives of Angelenos,” according to the RNC. “This decision from the L.A. County Board of Supervisors would attempt to bully the elected sheriff into doing what they want and would be yet another blow to a free and fair democracy, thanks to California Democrats.”

Villanueva is a registered Democrat.