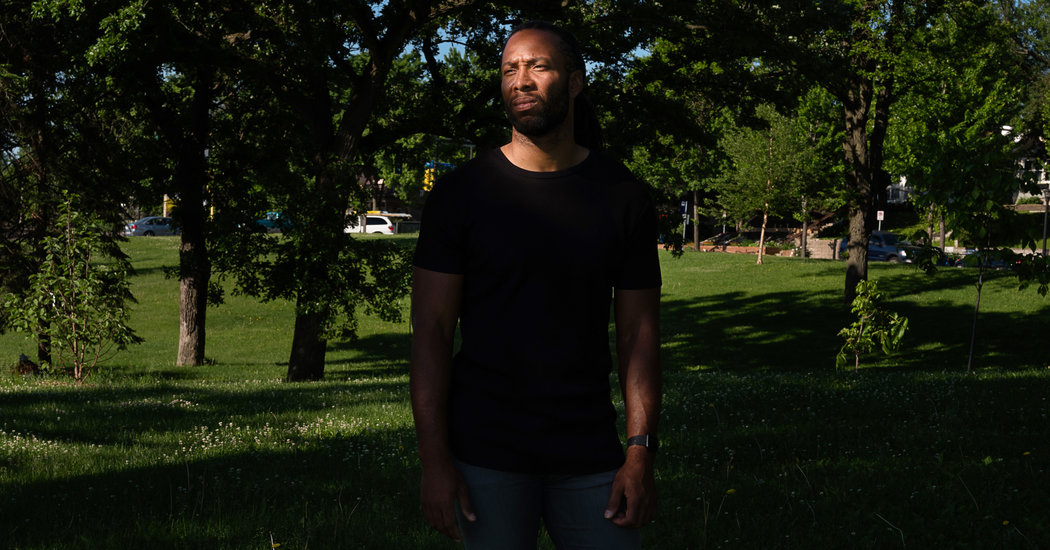 The city of Minneapolis taught me about love.

I was baptized at New Beginnings Baptist Tabernacle Church, learned to catch a football at Rev. Dr. Martin Luther King Jr. Park, and instilled with values by a loving family and a supportive community.

My mother and father raised us in this beautiful city full of life and diversity. Minneapolis is home to diverse people from all over the world; Somali and Ethiopian refugees forging new lives, Hmong families building successful businesses, and a thriving arts community that attracts talented performers from around the globe.

What you’re seeing on the news is not the hometown of my youth. The businesses you see ablaze used to receive the Minnesota Spokesman-Recorder, the newspaper my father writes for, on their front steps. He’s been a journalist in the city for over 40 years. The streets you see in chaos now are the same streets I walked with my mother as she taught me about being active in the community. We would spend hours downtown and in nearby neighborhoods passing out educational materials on family planning and healthy lifestyles. Those same neighborhoods have literally been on fire the last few days — fires that in some ways symbolize decades of disappointment, anger and frustration.

For as long as I have known it, Minneapolis has been a city of peace, family and contentment.

But not right now.

The events of the last several days have turned Minneapolis, and our nation, upside down. Injustice, death, destruction, pain, violence, protests, and riots have made it clear — we as a nation are not OK. We are not healthy. The violent death of George Floyd in police custody is yet another example of a systemic problem we have yet to solve. A cancer we are failing to cut out. People and communities are suffering, lives are being lost and futures are being destroyed.

Growing up, I never personally experienced harassment from the police, but I knew there were issues and I saw situations where people of color were not given the same benefit of the doubt and the same respect that was afforded to others.

When will this terrible cycle end? When will love and respect for our fellow man replace hatred and injustice? When will healing come?

Sadly, this is not new territory for our America. The words of Martin Luther King Jr. resonate as clearly today as when he first uttered them in a speech titled “The Other America,” given over 50 years ago.

But at the same time, it is as necessary for me to be as vigorous in condemning the conditions which cause persons to feel that they must engage in riotous activities as it is for me to condemn riots.

I think America must see that riots do not develop out of thin air. Certain conditions continue to exist in our society which must be condemned as vigorously as we condemn riots. But in the final analysis, a riot is the language of the unheard.”

“ … And so in a real sense our nation’s summers of riots are caused by our nation’s winters of delay. And as long as America postpones justice, we stand in the position of having these recurrences of violence and riots over and over again.”

We are not listening to one another. Our winter of delay continues to result in cold hearts and lifeless bodies. The language of the unheard has broken the silence and our willful deafness has led to death and destruction. While our nation has struggled under the weight of a biological pandemic we also find our communities ravaged by the insidious disease of injustice.

People of color across this nation are screaming to be heard.

Stop killing our sons and daughters. Stop terrorizing our communities. Give us justice. When those screams fall on deaf ears the pain of being unheard bears down on your soul. Have you ever been frustrated at being in an intimate relationship where you feel your concern is unheard and disregarded? When you try to communicate but your voice does not get through? In those moments the wounds of disrespect can lead us to raise our voices and behave in less than civil ways. Our intrinsic need to be understood intensifies our reactions. Our desperation to be heard can override our better judgment.

The screams of disrespected voices are ringing out in our nation right now. We must never condone violent riots that take lives and destroy futures but we must also hear the desperate voice of protest that is calling out for justice.

Imagine the desperation of the family of George Floyd and countless other people of color who have suffered injustice in communities across America. Can you hear them? Will their pain and their voices continue to go unheard? Leaders, elected officials, influencers and people in power must listen. We must refuse to allow the screams of the unheard to be disregarded. We must act. Good people may find themselves a part of a broken system but must take it upon themselves to bring about the needed change. If you are silent and passive you are complicit in upholding the status quo.

But even in the midst of the current tragedy, I’m hopeful. We have a tremendous opportunity to ensure that all voices are heard. People of color are asking for radical, meaningful change that eliminates injustice in the legal system, roots out systemic racism in American society, and where authority protects rather than threatens.

There are other voices that deserve to be heard as well. Monologues rarely result in understanding. No matter your color you have a unique experience that deserves respect. Your perspective matters and can make us better

I appreciate many of my colleagues in professional sports who have issued heartfelt statements and shown themselves to be true allies to people of color as we appeal for a better America. They deserve to be heard.

There are many men and women in law enforcement who have spoken out against the injustice George Floyd suffered. They have an extremely difficult job that has been made all the more challenging by this tragedy. They deserve to be heard. The unthinkable acts of some do not require that we paint the whole with broad brush strokes of hatred.

We must work together to heal this divide and rebuild our communities by committing to let no voice go unheard. Our first step must be to listen to one another — to sincerely lean in and hear what the person who is different from us is saying.

George Floyd, in your final gasps for breath, we hear you.

Breonna Taylor, in your besieged home, we hear you.

Ahmaud Arbery, as your footsteps pounded the ground, running for your life, we hear you.

Victims of violence, poverty and injustice, we hear you.

Communities and lives torn apart by riots, we hear you.

People of privilege learning a better way, we hear you.

Mothers and fathers of every race doing the best you can to teach your children to love and not hate, we hear you.

May God give us all ears to hear so that the cries of the unheard are never again compelled to scream in desperation.

Larry Fitzgerald Jr., 36, is a wide receiver for the Arizona Cardinals who has been selected to the Pro Bowl 11 times.