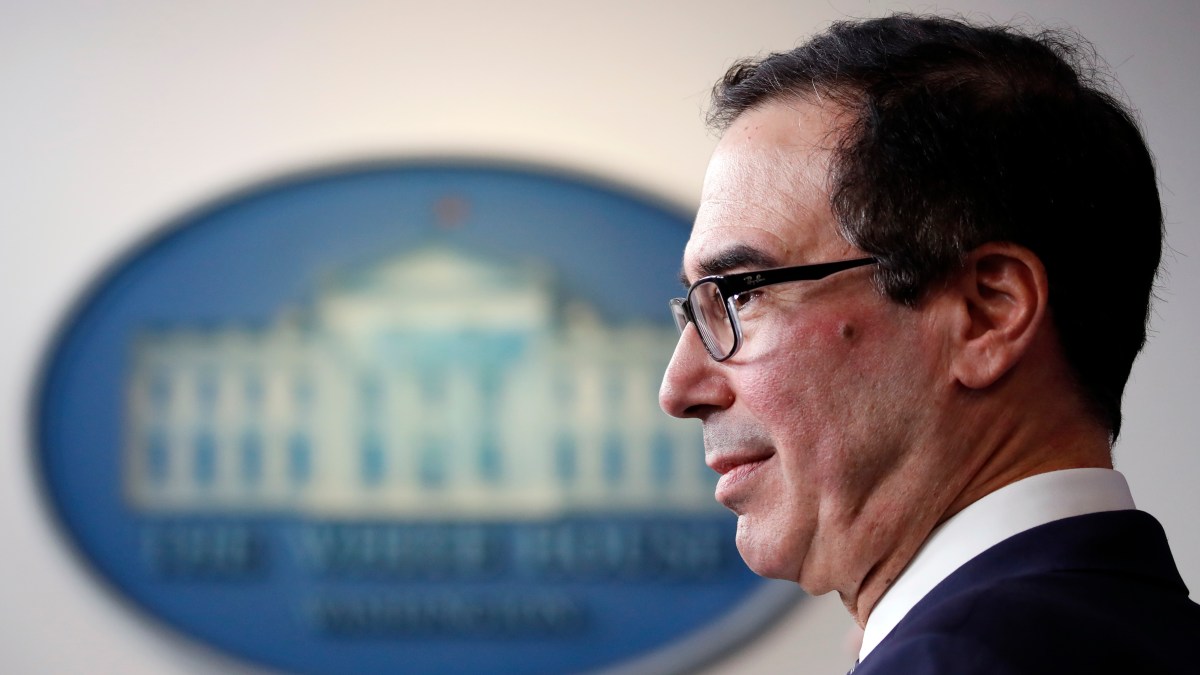 Lawmakers are calling on the U.S. Treasury to protect recipients of direct payments from having their money seized by debt collectors.

In a letter sent to U.S. Treasury Secretary Steven Mnuchin Thursday, Sens. Sherrod Brown, D-Ohio and Josh Hawley, R-Mo urged the Treasury to exert its ability to protect individuals from having their direct payments seized — or “garnished” — from debt collectors.

The payments are part of the more than $2 trillion relief bill know as the CARES Act signed late last month to help alleviate the financial pain from the coronavirus pandemic. The bill calls for one-time direct payments of up to $1,200 for individuals and $2,400 for couples, with $500 added for every child.

“Congress included this critical relief in order to help American families struggling to pay for food, medicine, and other basic necessities during the novel coronavirus (COVID-19) pandemic and resulting economic crisis,” wrote Senators Hawley and Brown.

The bill, though, does not explicitly protect those payments from being seized by debt collectors, a protection Hawley and Brown are urging it to add, with the exception of child support. The Treasury already uses its authority to protect social security payments from similarly being seized.

Senators Hawley and Brown propose that the Treasury could apply rules protecting social security and other federal payments from private debt garnishment to the direct payments. The Treasury could also issue new rules or guidance, they said.

“If Treasury fails to take action, the CARES Act direct payments are at risk of being seized by debt collectors. That is not what Congress intended,” they said.

Economic activist groups, including the National Consumer Law Center have pushed the Treasury to make modifications. But Congress and Treasury are busy working to enact the largest economic legislation date. That includes working through the kinks of a $350 billion small loan program and, soon, rolling out payment for beleaguered industries like aerospace.

And Congress is currently not in session.

“Everybody’s sympathetic,” said National Consumer Law Center Associate Director Lauren Saunders, ”[but] they all have other things they’re working on.”

National Consumer Law Center is urging states to step in, if the Treasury does not.

“Payments are coming very soon, Saunders said.  “If states don’t act immediately, in some ways,  people may end up worse,” she said, noting that debt collectors also have the ability to freeze bank accounts.

“It’s hard for people to focus on, but this is about people eating.”