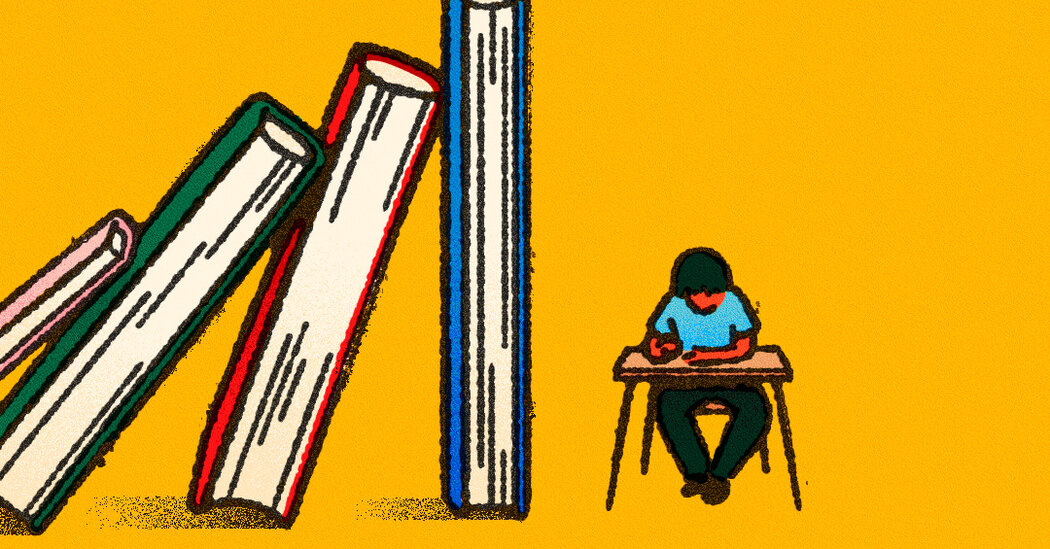 In the aftermath of Hurricane Katrina, which struck in August 2005, many New Orleans public schools were closed for several months. The median amount of time missed by students who resumed their education in Louisiana was about five weeks. When schools began reopening in 2006, teachers and administrators reported that the majority of kids were significantly behind in learning, most notably in math.

Rather than work with the existing public schools and their teachers, the State of Louisiana chose to start largely from scratch. The gutting of the New Orleans public school system has been extensively covered and discussed, perhaps most famously in the journalist Naomi Klein’s book “The Shock Doctrine,” but here’s a quick rundown: Louisiana — prompted by school choice advocates, economists like Milton Friedman and the federal government — wanted to reset what had been seen as a perpetually failing school system. The definition of a failing school was expanded, which opened the door for more state takeovers of public schools. These were then turned into privately run charters that fell more in line with the vision of neoliberal thinkers like Friedman, who wanted public funds to subsidize privately run learning institutions. (Charter schools tend to operate independently of unions, which allows for more flexibility in terms of the hiring and firing of teachers.) This was rightfully seen at the time as a revolutionary change spurred by an unfathomable tragedy.

School systems around the country may be facing a similar choice today, as the effects of Covid-related learning loss become clearer. Some advocates are already making a Katrina-like push to overhaul schools in big cities. Former New York City Mayor Mike Bloomberg recently wrote in The Wall Street Journal about pandemic-related learning loss and called for a full revamping of the public school system nationwide.

When parents around the country are worried about the effects that school closures have had on their children, is there a way to navigate the emergency in schools and the political immediacy of a moment without resorting to radical, wide-scale changes? Can we triage learning loss, or could the festering frustration over school closures lead to the end of public education as we know it?

First, we should acknowledge that learning loss is happening

There have now been a handful of studies showing learning loss around the world: Kids are behind overall; younger kids are further behind than older ones; poor kids are further behind than their wealthier classmates. Students in Belgium, the Netherlands, Switzerland, Australia and Germany have exhibited deficits. The picture in the United States is also grim. A well-circulated report from McKinsey found that students here fell short by about five months in math and four months in reading. A different study in 2020 found that students between third and eighth grade were scoring five to 10 percentile points below what they were scoring prepandemic in math. Another found that “more students are two or more grade levels below their actual grade level this fall than before the pandemic began,” which is particularly concerning, given how important those early elementary schools years are for language and reading development.

What’s harder to figure out is whether this will be a speed bump that can be dealt with over the next few years or we are dealing with a generation that will need to be taught very differently, both because of learning loss and the trauma that millions of schoolchildren have endured over the past two years. What is the net effect of being half a school year behind? How does it change kids’ lives if they begin reading at the age of 7 instead of 6? How do you deal with students who have lost loved ones and family members to the pandemic? These questions are not new to education researchers, but the literature has mostly looked at how deprived students suffer when compared to a baseline.

What we don’t know is what happens when the entire baseline shifts.

What happens when everyone realizes that their kids are behind?

In a well-circulated memo, the pollsters Brian Stryker and Oren Savir argued that school closures had played a significant role in the Democratic loss in the 2021 Virginia governor’s race. These voters “felt buffeted by changing and inconsistent policies and concerned about the impact on student learning loss, and there was a sense among some that Virginia was not following the science by keeping schools closed later than other states.”

Democrats, then, face a difficult challenge: Fair or not, they are the party associated with lockdowns and school closures. While such measures may have saved countless lives, they also came with a cost. No sensible person denied the need for some trade-offs earlier in the pandemic, but as we get closer to the midterm elections, Republican messaging will likely turn toward vague appeals to freedom and the future of our children. If Stryker and Savir are correct about what happened in Virginia, school closures and learning loss could become the underlying theme of the midterms and, by extension, one of the most discussed issues in the country.

The tempest around school closures will take place during a time when many school districts around the country are facing dire staff shortages. A survey published in June by the National Education Association found that almost a third of teachers “have plans to leave the profession earlier than they anticipated.” Perhaps the lone bright spot for educators last year was that the public, for the most part, did not seem to have turned on teachers or their unions.

That seems to be changing in cities like Chicago, which have gone through multiple rounds of heated disputes with the teachers’ unions. Will the political focus on school closures make it even harder for districts to deal with learning loss? And how much should local public school systems fear a Katrina-like movement away from schools that employ unionized teachers?

Some good and some bad news from Katrina

So, what, if anything, can Katrina teach us about how to recover from long school closures?

First, the bad news: For many kids, it was too late. Students who, for example, were in the 10th grade when the levees broke “attended college at a rate 4.2 percentage points lower” than during pre-Katrina times, according to Michelle DiMenna, a senior research analyst for EAB. The effects of the hurricane were also felt by younger children, many of whom developed depression, anxiety or behavior disorders after the hurricane.

The good news: A sustained, targeted, student-by-student approach that devoted time to remediating learning losses through tutoring and extra attention eventually bridged some of the divide and helped guide students to graduation. The best approaches acknowledged that students had likely suffered through personal tragedy, which meant that curriculums and expectations both needed to be more flexible. Over the next decade, student performance in New Orleans improved at a rate that surprised researchers and experts.

The tricky part comes when you try to build a larger narrative around why New Orleans was able to stave off a worst-case scenario for learning loss. In 2010, Arne Duncan, the education secretary at the time, famously said, “I think the best thing that happened to the education system in New Orleans was Hurricane Katrina,” a sentiment that was echoed by charter school advocates. These claims have been met with a healthy pushback over how extensive the gains actually were and who got the short end of the stick. The school revolution in New Orleans cost over 4,000 teachers their jobs, nearly 60 percent of whom were Black women. Many of those teachers left the city and never returned, leaving a sizable hole in New Orleans’s Black middle class. In schools, they were replaced by a whiter and less experienced group, a shift that reflected the change in the city’s demographics as a whole.

The success of the revamped New Orleans schools will likely lead more charter school advocates like Bloomberg to argue for the dissolution of unions and the wide-scale firing of veteran teachers. “Charters, which generally don’t operate under union contracts, also have more flexibility to manage staffing, curriculum, testing and compensation,” he wrote in that Wall Street Journal essay. “This allows them to create a culture of accountability for student progress week to week that many traditional public schools are missing.”

Bloomberg is very clear that a new regime of charters would kneecap teachers’ unions as a way to fundamentally change “traditional public schools.” This call will likely be well received, especially in failing school districts that suffered through long, unpopular closures. But it should be said that the majority of what’s been written on effective ways to catch kids up highlights the most basic relationship in the education process: the teacher and the student, something that’s certainly not exclusive to charter schools.

The stakes seem clear; the solutions much less so. Schools are understaffed, and teachers are battered by the pandemic. Many acknowledge the failures of remote learning and want to return to safe classrooms. Parents are angry, and politicians are fearful of the electoral impact that that frustration may have. Rates of depression and anxiety among children, which were already high before the pandemic, have skyrocketed.

Given these conditions, what makes more sense: providing public school teachers with the support they need to deal with learning loss or letting our anger push us into decisions that could lead to the mass firing of teachers who have the experience necessary to deal with this unprecedented problem? Attacking unions, firing veteran teachers and punishing underperforming schools aren’t going to magically produce a raft of well-qualified replacements. Nor does it make sense to take stories of school closures in places like Chicago and then argue that teachers’ unions across the country have all lost their mind. The vast majority of public schools are open right now.

Here are a few suggestions that amount to less than a revolution: Punitive measures that take away resources from struggling schools should be lifted. And while I’m not sure that standardized assessment tests should be done away with, as they may be needed to study the extent of the damage that’s been done and provide a measure for effective programs, this could be an opportunity to rethink how we measure success generally in schools. What Katrina has taught us is that there should be a greater investment in finding tutoring and small classroom opportunities for students; more teachers who can individually assess and help students will likely curtail learning loss.

These are admittedly smaller solutions than what Bloomberg has proposed, but it also seems the worst possible outcome would be a capricious transformation in education that capitalizes on political frustrations and demonizes the very public school teachers who have the experience and the commitment to see us through this crisis.

Jay Caspian Kang (@jaycaspiankang), a writer for Opinion and The New York Times Magazine, is the author of “The Loneliest Americans.”