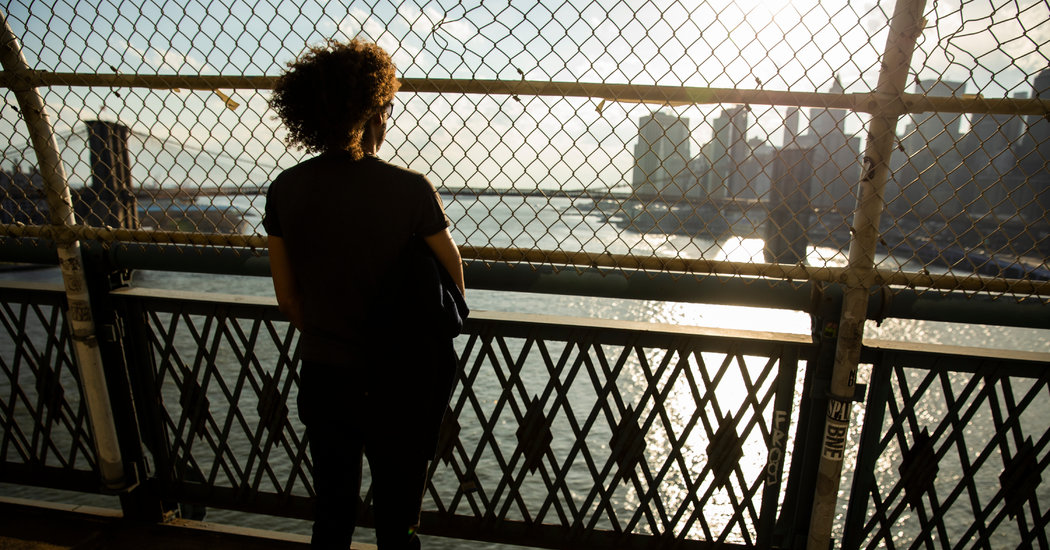 Two Thursdays ago, I flew to Los Angeles to meet my daughter and cheer her on at her final international Olympic qualifier in fencing. She never boarded her flight because the event was canceled. Now, the entire Olympics is postponed.

I spent my time in Los Angeles dealing with all the cancellations of my upcoming speaking engagements and public appearances.

My plan was to fly back to New York for a couple of days and then on to Barcelona. That was one of a group of trips I had long planned for my 50th birthday year. I’ve had to cancel most of those trips. Spain has since surpassed China as the place with the second most deaths from Covid-19. The most deaths are in Italy where I am, at present, scheduled to be in late summer.

I wanted to make this year memorable. The universe is taking care of that.

I came back to New York to spend some time with my daughter, to help deal with her disappointment and to make sure that she and my other children were properly prepared to weather the pandemic.

Over the time I’ve been here, New York has become the center of the pandemic and America has become more and more on lockdown. I have learned to live with the restrictions and have even drawn some lessons from it.

First, as a writer, I normally work from home. I need the isolation for concentration. I find it quite hard to write around others. But now, multitudes, including my children and many of my friends, are also working from home. It occurs to me, and to many of them, that much of what they were doing in the offices was unnecessary, that emails could have easily substituted for many of the meetings, that they could be just as productive from their couches as from any conference room.

Second, news doesn’t always need to be followed hour to hour. This may seem an odd statement coming from a newspaper person and a cable news commentator, but I have found over the last couple of weeks that a little bit less is a whole lot more. I now check the news once in the morning and once at night. And I skip Donald Trump’s horrid, propagandistic news conferences and their misinformation. I am convinced that the only people who need to watch those are the reporters who cover them and the fact checkers who correct them. Those events have become as much a threat to public health as the virus itself.

Third, it has been revelatory for me just how unprepared we were, not just in terms of emergency readiness, but also psychologically. I will fully admit that I had a hard time letting the true magnitude of this set it. For a long time, I simply couldn’t get my head around how dangerous this virus was and how completely it had changed the world as I knew it. Up until three days before I was to travel to Spain, I was still foolishly contemplating continuing with my plans.

Fourth, people around the world, and particularly here in the United States, have a rebellious spirit that is on full display during this crisis. Even if the 80 or 90 percent of people who are able to do so comply with instructions to stay home and stay safe, 10 to 20 percent won’t. Complete compliance is simply impossible. Some people just don’t want to feel controlled. They don’t want to feel afraid. They have been worn thin by disaster warnings. Yes, some, many even, are just foolish, selfish and reckless, but there is also a cowboy component.

Fifth, a crisis always exposes the corruptibility of capitalism. This expresses itself in everything from price gouging on essential items, to congressional figures shedding stock ahead of the market downturn, to the details trickling out about the $2 trillion stimulus package agreed to between Congress and the White House. The rich and powerful will always find ways to insulate their wealth if not increase it, including on the backs of American taxpayers.

Finally, when people are in crisis, they simply don’t have time and energy to pay attention to all the fine details of their elected officials’ actions. While in this bind, they are as much as ever open to manipulation and deception, because their attention is on things far more important to them: the welfare and safety of their families.

All these things portend dire consequences for the country’s future. Trump’s approval has been bolstered during this crisis, even though his lying and lack of action are a large part of why the country is in such poor condition to deal with this crisis. The news conferences that have become substitutes for his rallies drown out the efforts of his Democratic rivals.

Large corporations can now essentially borrow money for free. They should be allowed — forced — to do that. But of course, many also will most likely receive cash assistance, funding by American taxpayers, as part of this stimulus package.

And, the service industry is likely to be completely reshaped by this. There are hordes of jobs that have already been lost and may be slow to return.

The pandemic has revealed to us just how fragile our economy and society are. To rebuild them to be more impervious to future trauma is the charge we must take when we emerge. Our greatest lesson is this: We must build a more sturdy America.