The Democrats of Bucks County, Pennsylvania, felt the red wave building over the summer when frustrated parents filled school board meetings to complain about masking requirements and an academic theory on systemic racism that wasn’t even taught in local schools.

They realized the wave was growing when such concerns, fueled by misleading reports on conservative media, began showing up in unrelated elections for judges, sheriff and even the county recorder of deeds. And so they were not surprised — but devastated all the same — when Democrats all across this key county northeast of Philadelphia were wiped out in Tuesday’s municipal elections.

“This is a bell we need to pay attention to. This is something going on across the country,” said attorney Patrice Tisdale, a Democrat who lost her bid to become a magisterial district judge against a Republican candidate with no formal legal training. “The Democrats can’t keep doing politics as usual.”

She’s among the down-ballot Democrats sending an urgent message to the national party: It’s worse than you think. 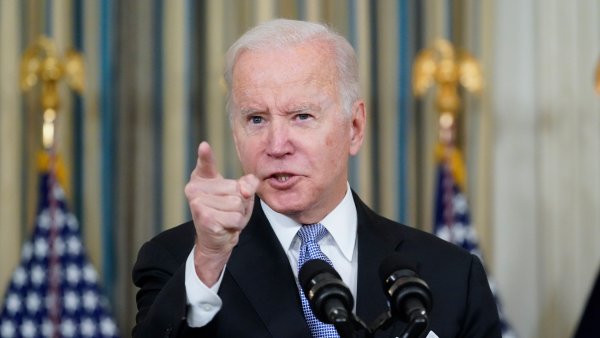 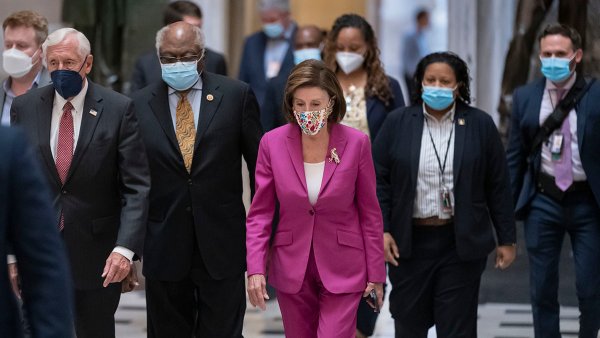 This suburban region northeast of Philadelphia is a critical political battleground in one of the nation’s premier swing states. It’s the type of place where moderate and college-educated voters, repelled by former President Donald Trump’s divisive behavior, helped Democrats retake control of Congress in 2018 and win back the White House in 2020. That’s what makes the setbacks here so alarming to many Democrats.

Some in the party privately suspected they were in trouble in Virginia’s high-profile governor’s race, which they ultimately lost. But Democrats also suffered embarrassing outcomes in Democratic-leaning suburban New York, Pennsylvania and New Jersey, where they nearly lost the governor’s office and the state Senate president was unseated by a furniture company truck driver who spent $2,300 on his entire campaign.

The focus now shifts to the even more consequential midterm election season next year, when control of Congress and dozens more governorships will be decided. Already, high-profile Senate races are taking shape in states like Arizona, Georgia, North Carolina and here in Pennsylvania, where there is reason to believe the political dynamics could be different in November 2022.

Namely, Trump, who Republicans intentionally avoided in this week’s elections, will almost certainly be a much more significant presence next year. The early slate of Republican candidates, in Pennsylvania and elsewhere, have embraced Trump, his tone and his divisive policies much more than the Republicans on this week’s ballots. At the same time, Democratic strategists believe their party on Capitol Hill will eventually pass popular infrastructure and health care packages that voters will appreciate.

“There’s just not a correlation there in terms of what the issues are going to be a year from now and the kind of personalities and the kind of candidates that are running here in Pennsylvania,” said Pennsylvania Lt. Gov. John Fetterman, a leading Democratic candidate in the state’s high-profile election to replace Republican Sen. Pat Toomey, whose retirement gives Democrats one of their best pickup opportunities in the nation.

The head of the Senate Democrats’ campaign arm, Sen. Gary Peters of Michigan, predicted the party would have a strong record to sell voters next year as the pandemic ends and the economy recovers.

“It will be a major contrast with Republicans who are focused on fighting with each other in nasty primaries, wooing Donald Trump for his endorsement and pushing the agenda of the ultra-wealthy,” Peters said.

Indeed, while Virginia’s Republican Gov.-elect Glenn Youngkin successfully avoided Trump throughout his race, the former president has already endorsed Pennsylvania Republican Senate candidate Sean Parnell, who’s in the midst of a messy public divorce that includes allegations of domestic abuse. Parnell, a former Army Ranger and a regular on Fox News, is scheduled to testify next week in divorce court.

Trump is also taking an active interest in Georgia, where his endorsed Senate candidate, former NFL star Herschel Walker, is facing allegations of domestic violence of his own. And in Arizona, the candidates are embracing his election fraud conspiracy theories. One of the leading Republican candidates, state Attorney General Mark Brnovich, recently bowed to pressure from Trump in announcing a new investigation into the 2020 election.

Still, historical headwinds against the party that occupies the White House — backed by a new Republican focus on education that seemed to unite Trump’s base and anti-Trump Republicans this week — could make the 2022 midterms the worst election for Democrats since 2010. That year, they lost 63 seats in the House and another six in the Senate.

President Joe Biden won this overwhelmingly white county of nearly 630,000 people northeast of Philadelphia by more than 4 points just last fall, a significant jump from Hillary Clinton’s victory of less than 1% four years earlier. The county serves as a microcosm of Pennsylvania, and perhaps the country, with a blend of working-class neighborhoods, rural areas and affluent suburbs.

Trump’s name was largely absent from this week’s municipal elections, but a new Republican focus on education helped unify the Republican electorate, which was badly fractured during the Trump presidency.

“For us, it was really last summer when it all kind of hit,” said Liz Sheehan, the Democratic president of the New Hope-Solebury School Board.

People began to raise concerns at local school board meetings about an alleged sexual assault involving a student in Northern Virginia. Others seized on controversial books and critical race theory, an academic framework that centers on the idea that racism is systemic in the nation’s institutions and that they function to maintain the dominance of white people. The approach isn’t taught in public schools, but has become a catch-all political buzzword in recent months for any teaching about race and American history.

While the alleged sexual assault and debates over critical race theory were hot topics in national conservative media, they had little to do with Bucks County.

“We sort of naively thought that, ‘Alright, I guess we’re a little bit more rational in our area.’ And all of the sudden, we had meetings where people were showing up in Trump hats,” Sheehan said.

“A lot of it now is about this notion of parent control in public school, and that is the mask debate and the critical race theory debate coming together under one heading,” the school board president continued. “And that, I think is what has really motivated people locally, and why we saw a lot of school board members lose seats, a lot of far-right people gain seats.”

Sheehan won her race, but many other Democrats were not so lucky.

Robin Robinson, the Bucks County recorder of deeds, says she earned more votes in her bid for a second term than any other Democratic candidate for that office in history. She lost anyway.

She’s scared about what that means for the 2022 midterms.

“I was the largest vote getter for a Democrat in the history of this county and I couldn’t win a crumby little reporter of deeds?” Robinson said. “The problem is bigger than Bucks County.”

Several Democratic Senate candidates were active in Bucks County in the days and weeks leading up to the election to try to energize voters behind their lower-profile candidates. Overall turnout ultimately exceeded 40% of registered voters in the county, a staggering figure for an off-year election.

Bucks County Republican Party Chair Pat Poprik is optimistic about her party’s future, especially after watching a surge of first-time volunteers in recent months. The GOP’s success had little to do with Trump, she said.