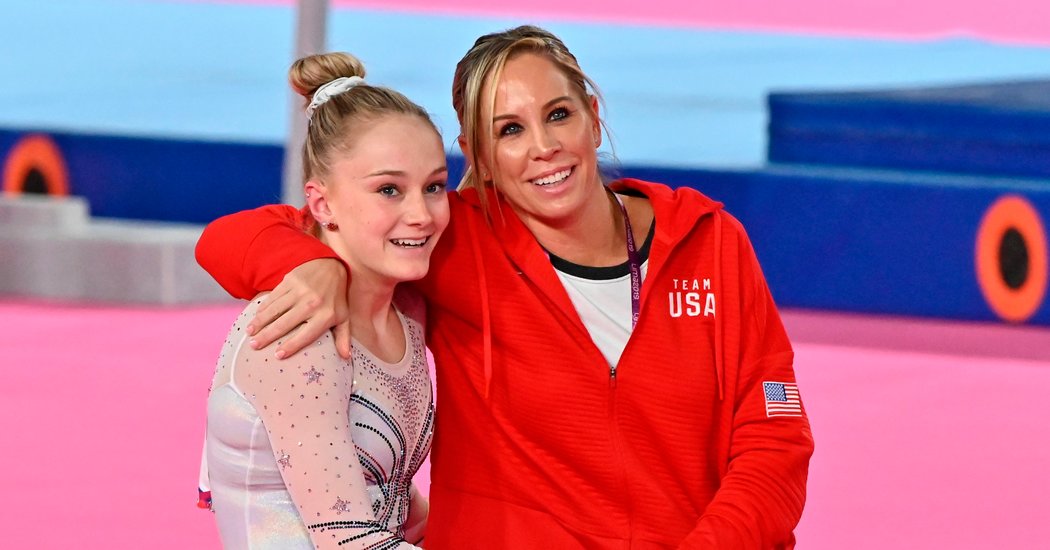 Maggie Haney, an elite gymnastics coach in New Jersey who was accused of verbally abusing and mistreating athletes, has been suspended from the sport for eight years by U.S.A. Gymnastics after a weekslong disciplinary hearing.

The accusations against Haney, which included forcing athletes to train through injuries, were laid out in U.S.A. Gymnastics documents and interviews with two people with knowledge of the hearing. The suspension was confirmed by the federation in a statement on Wednesday night.

Haney, 42, owns MG Elite Gymnastics in Morganville, N.J., where until recently she coached Riley McCusker, a member of the United States team that won the 2018 world championship. Laurie Hernandez, a 2016 Olympian, also used to train under Haney in the New Jersey gym.

Haney has had at least one athlete on the junior or senior national team every year since 2013.

At least six families made accusations about abuse, according to Karen Goeller, another gymnastics coach in New Jersey and one of the two people who provided information about the effort to discipline Haney. Goeller submitted one of the formal complaints against Haney last May. The other person requested anonymity to discuss the delicate topic.

U.S.A. Gymnastics said that an independent hearing panel composed of three members of the gymnastics community — a lawyer, a club owner, and a former national team athlete — had determined that Haney would be barred from membership in the federation “and any coaching of U.S.A. Gymnastics athletes or in member clubs.”

A two-year probationary period is to follow the suspension. After that Haney will be allowed reapply for membership after submitting proof that she has completed specified courses overseen by the United States Center for SafeSport, the organization that investigates incidents of misconduct in Olympic sports.

Haney did not respond immediately to a request for comment, but Russell Prince, a lawyer representing her, said they disagreed with the hearing panel’s findings.

“We don’t think that it in any way, shape or form evaluated all of the facts of the circumstances,” Prince said. “The process is completely heavy-handed. I would anticipate an arbitration.”

Judie Sanders, a lawyer representing Hernandez and some of the other gymnasts in the case, said the penalties against Haney were “a micro step in the right direction for how athletes are treated in the hypercompetitive world of sports.”

Haney’s suspension is the latest turbulence in a period of upheaval for U.S.A. Gymnastics after revelations that Lawrence G. Nassar, a national team doctor, had sexually abused hundreds of athletes. The organization has filed for bankruptcy and offered $217 million to settle legal claims brought by athletes molested by Nassar, who in 2018 received prison sentences of up to 175 years.

The disciplinary hearing for Haney began on Feb. 3. She received an interim suspension that day barring her from contact with minors in the sport.

Concerns about the practices of Victoria Levine, an assistant MG Elite coach who is partial owner of the gym where the team trains, were raised during the hearing. Levine received an interim suspension on March 17 that barred her from unsupervised contact with minors.

The gym is currently closed because of the coronavirus outbreak.

Goeller has trained both current and former MG Elite athletes at a gym she rents. She said she became aware of concerns about Haney’s methods a year ago, when six families she worked with separately described mistreatment. In some cases, Goeller said, athletes were forced to remove casts and train on injured limbs.

Goeller said Haney told her gymnasts that they were not allowed to tell anyone what happened in the gym. “The kids were afraid to speak up,” Goeller said.

Haney has also threatened people who are testifying against her, Goeller said.

It is unclear when U.S.A. Gymnastics started investigating Haney, but Goeller submitted her report of misconduct — which raised concerns about one other coach and another gym — to the federation last May.

Until she was suspended at the start of the hearing, Haney continued to coach at national team camps while under investigation.Haney also coached at last summer’s Pan-American Games, where McCusker won five medals.

McCusker, 18, is considered a strong candidate to make the American team for the Tokyo Olympics next year, though she had to withdraw from a selection camp for last year’s world championships because of mild rhabdomyolysis, a muscle disorder associated with overtraining. McCusker moved in February to train with the Arizona Sunrays, working alongside Jade Carey, another national team member.

Hernandez, 19, won a gold medal in the team competition at the 2016 Rio Olympics and a silver on the balance beam. Hernandez took time off after the Olympics and returned to national team camps in November. She now trains at Gym-Max in Southern California, where the 2012 Olympic gold medalist Kyla Ross trained.