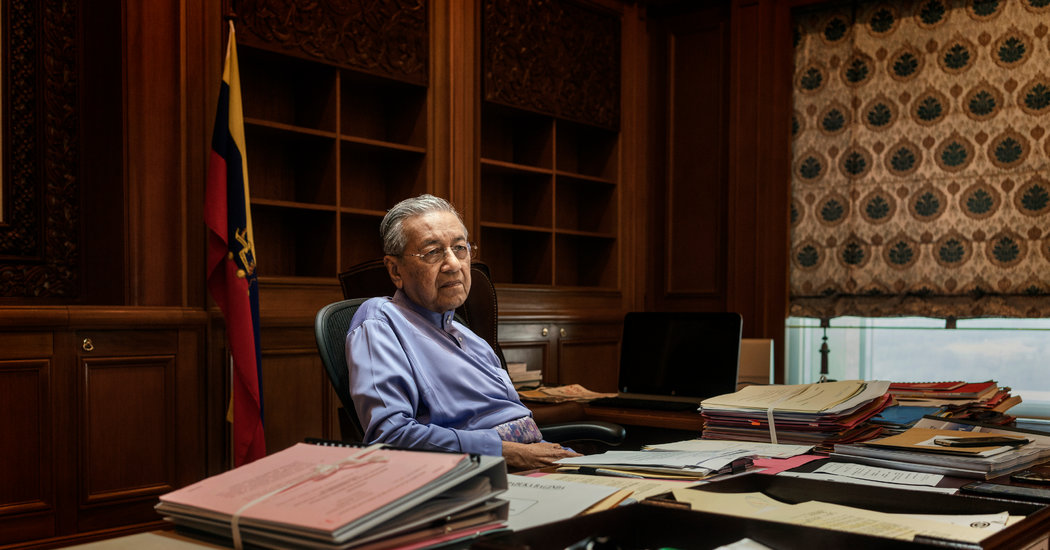 He was the country’s longest-serving prime minister, in office from 1981 to 2003. He was also its shortest-serving, having stepped out of retirement in 2018 to boot out a kleptocratic government, only to resign (briefly) this past week.

Now Malaysians are contemplating a future without Mr. Mahathir, who was replaced as prime minister on Sunday, a day after the country’s constitutional monarch deemed that he lacked majority support from lawmakers. Mr. Mahathir was replaced by Muhyiddin Yassin, a veteran nationalist politician aligned with the corruption-tainted alliance that Mr. Mahathir defeated just two years ago.

It was a dramatic cap to a week full of roller-coaster twists, hairpin turns and enough whiplash alliance reversals to leave political analysts dizzied.

On Monday, after his governing coalition, called the Alliance of Hope, collapsed under the weight of internal rivalries and ideological contradictions, Mr. Mahathir resigned, but the king quickly named him as interim prime minister.

By Saturday morning, it appeared that the remains of the Alliance of Hope, which Mr. Mahathir had cobbled together out of disparate political forces — including Malay nationalists, Chinese reformists and liberal Islamists — had coalesced around the nonagenarian ruler yet again.

But with horse-trading still continuing, the king announced on Saturday afternoon that he had met with the nation’s lawmakers and determined that the majority supported Mr. Muhyiddin’s candidacy for prime minister.

“I would like to express my thanks, thanks to Allah, that I have been given the appointment,” said Mr. Muhyiddin, 72.

Mr. Muhyiddin, who has stated that he is “a Malay first” in multiethnic Malaysia, is a leader of the Malaysian United Indigenous Party, which Mr. Mahathir had helmed until less than a week ago. As the Alliance of Hope fractured, the party stepped across the divide to partner with the United Malays National Organization, or U.M.N.O., the corruption-dogged party that had dominated Malaysian politics for decades.

Mr. Mahathir and Mr. Muhyiddin were both elders in U.M.N.O. but left the party as its leader, Najib Razak, then the prime minister, was accused of orchestrating the looting of billions of dollars from a state investment fund called 1MDB, short for 1Malaysia Development Berhad.

In elections in 2018, U.M.N.O. and its coalition, the National Front, were defeated by Mr. Mahathir’s Alliance of Hope.

Mr. Najib is being tried on various corruption-related charges. He stands accused of one of the most brazen lootings of national assets by a modern-day leader.

On his Facebook page on Saturday evening, Mr. Najib posted a message of congratulations to Mr. Muhyiddin. Mr. Najib had kicked Mr. Muhyiddin out of his cabinet after he began raising pointed questions about the ballooning 1MDB scandal.

Mr. Mahathir accused Mr. Muhyiddin of betrayal on Sunday morning, criticizing the incoming prime minister for aligning, once again, with U.M.N.O. Mr. Mahathir said he would never partner with such a corrupt party, even if it meant losing power.

Now that forces aligned with Mr. Najib are returning to power, reformists and whistle-blowers are running scared. So, too, are members of minority groups, such as the ethnic Chinese, who fear U.M.N.O.’s political partners, some of whom have publicly supported turning Malaysia into an Islamic state.

While Malaysia’s population is mostly Muslim Malay, the country also has sizable Chinese and Indian minorities.

The Alliance of Hope was the first in Malaysia’s history to provide wide representation for the country’s ethnic minorities.

“What this political crisis underscores is that race and religion remain dominant in Malaysian politics,” said Yvonne Tew, an associate professor of law at the Georgetown University Law Center.

“Malaysia’s 2018 democratic breakthrough to a multiethnic governing coalition appeared to be an outlier to the global rise of illiberal nationalism,” Ms. Tew added. “A mono-ethnic, Malay-centric alliance ascending to power is a stark counternarrative to that 2018 narrative.”

Also cast aside in the machinations is Anwar Ibrahim, who has, on and off, been Mr. Mahathir’s presumptive successor, as well as his occasional rival, for decades. Until Saturday morning, Mr. Anwar, 72, had been the Alliance of Hope’s nominee for prime minister.

But with Mr. Mahathir’s chances considered more promising, Mr. Anwar gave up, yet again, on his ambitions to lead Malaysia.

“I will be taking a step back,” Mr. Anwar said in a statement on Saturday, “so that we can avoid the country being further dragged into this power struggle and into an old system which has been rejected by the people.”

Mr. Mahathir reiterated on Sunday morning that he believed his side had, in fact, rallied enough votes to support him in forming a government. But Mr. Muhyiddin’s swearing in at the national palace occurred barely an hour later.

Still, with Mr. Mahathir threatening a vote of no confidence against the new prime minister when Parliament meets on March 9, few are willing to totally count him out, even at 94, just yet.