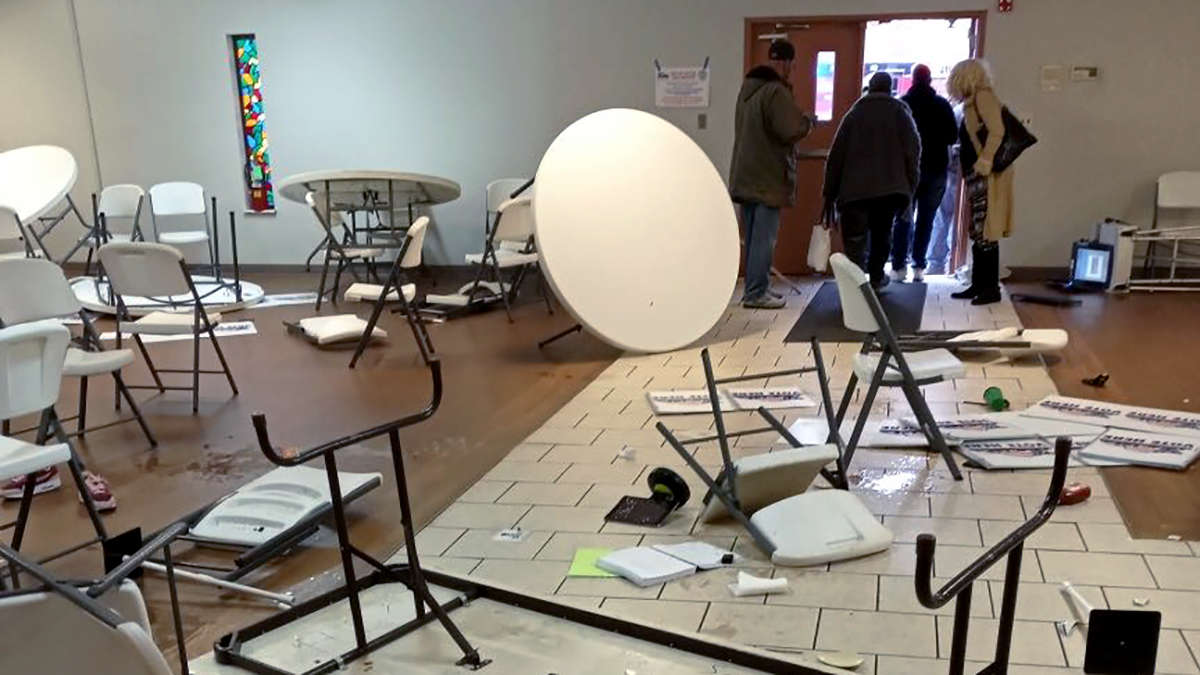 A man intentionally backed his car into a St. Louis polling station on Tuesday and then started throwing liquid on voting machines, police said.

Arlice Thompson, a 60-year-old St. Louis resident and poll worker, told NBC News she was helping a voter check in around 9:30 a.m. CT at Friendly Temple Missionary Church when “we heard this loud boom.”

She said a man in his sixties had crashed his car into the side of the church and walked inside yelling obscenities. He then poured an unknown liquid from a gallon milk jug onto the floor and voting machines and started throwing chairs and tables around as witnesses called police.

The man was taken in custody and transported to a hospital for evaluation, according to the St. Louis Metropolitan Police Department. There were no injuries.

Get the full story at NBCNews.com.