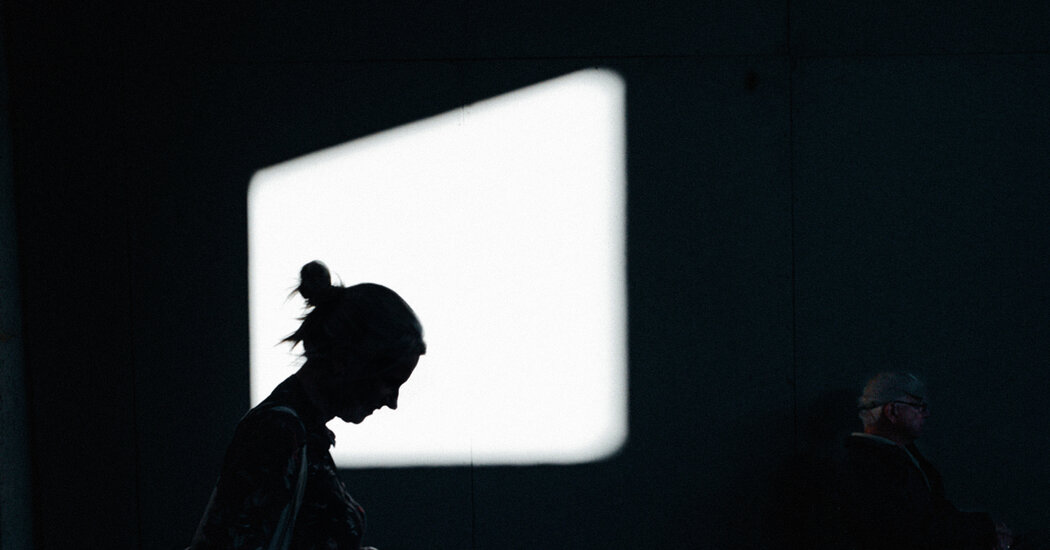 Chris is a registered Democrat in her 50s who lives in Manhattan. She’s well-educated, well-traveled and well-informed. She has voted for candidates of both parties over the years and was enthusiastic for Bernie Sanders in 2016.

She’s asked me not to publish her last name. It would not go down well for her at the store where she works as a manager if her colleagues knew that she plans to vote for Donald Trump.

Chris is also gay. “Being a lesbian who’s voting for Trump is like coming out of the closet again,” she tells me.

Readers of this newspaper who conjure an image of a Trump voter probably think of people like Mark and Patricia McCloskey, the couple who pointed guns at protesters outside their St. Louis home in late June. But if Trump defies current polling and wins again, it’ll be thanks to a discreet base of support from voters like Chris, who fit into none of the cultural or demographic stereotypes of the Trump base.

It’s worth understanding where she’s coming from.

Start with the economy. “I haven’t seen double digit [gains] in my 401(k) since the internet boom of the late ’90s,” she says. “It went up 19.6 percent” in the year before the pandemic. “Look at the stock market,” she says. (Up about 35 percent from four years ago.) “Look at gas prices.” (About the same as what they were when Trump took office, but well below the $3.31 per gallon at the midpoint of the Obama administration.)

“This is everyday stuff that affects me,” she says. “I don’t care about Afghanistan and the Middle East. I care about having a job. I care about having health care through my company. I was out of a job a few years ago. Obamacare priced me out [of private insurance]. It was like, $560 a month. Then Obama’s website blew up. He can’t get the website right?”

Then there’s the pandemic. “Is Trump trying to play it down?” she asks. “Yeah. But when this first started, the news media was saying that millions of people were going to die. And look at it: 200,000, compared to the population.”

What worries her more are the effects of the response to the pandemic in a liberal city like New York. “Crime is in my neighborhood now. There’s a homeless encampment near me that’s growing and growing. They have a living room and a shower curtain and that’s where they go to the bathroom. I have a guy who walks in front of the store every day. In a diaper! And there’s lawlessness coming into the store every day, with an attitude of ‘Who’s gonna stop me?’” Regarding Mayor Bill de Blasio of New York, she adds, “I can’t put into words how inept this guy is.”

I ask Chris whether Trump’s behavior has ever come close to being a deal breaker for her. She asks me to name some of the lowlights.

“Grab ’em by the. …”: “Didn’t bother me at all. For every cad out there, there’s equally a gold digger who will let you do it.”

The media as the enemy of the American people: “These days, yeah. Whenever I read a front-page story and I get to a disparaging adjective, I stop reading.”

The Brett Kavanaugh nomination: “I didn’t believe Christine Blasey Ford for one second. Her lack of recollection; the fact that nobody could [contemporaneously] corroborate her account.”

Trump-Russia: “The Clintons’ fingerprints are all over this. I’m really glad we have Bill Barr as A.G. to look into it.”

Trump’s truculence on the world stage: “Everyone kowtows to Iran because they’re crazy. Now we have our own bit of crazy.”

“Very fine people on both sides”: This one stops her. “That was really bad. He didn’t think it through but I think he believes himself.”

So how does Chris feel about the Biden-Harris ticket? “Fifteen years ago, maybe I would have voted for Joe Biden. But he’s weak. And what did he do with his 40-odd years in Washington?” As for Kamala Harris, Chris dismisses her outright. “She doesn’t know what she believes. She won’t be the adult in the room.”

You don’t have to agree with Chris on any of these points. You can note some of the inconsistencies in her views, most of all between her support for Sanders, who as president would have waged war on Wall Street, and her support for Trump, whose pro-Wall Street policies are a big reason that she supports him. And you can easily dismiss Chris as an outlier, an anecdote, a red voter in a blue state.

That would be a mistake. If good political analysis were merely a matter of looking at big data, Hillary Clinton would be president today. Analysis also requires us to listen attentively to individual voters. If the Democratic Party and its allies can’t hold on to a voter like Chris, who else might they be losing?