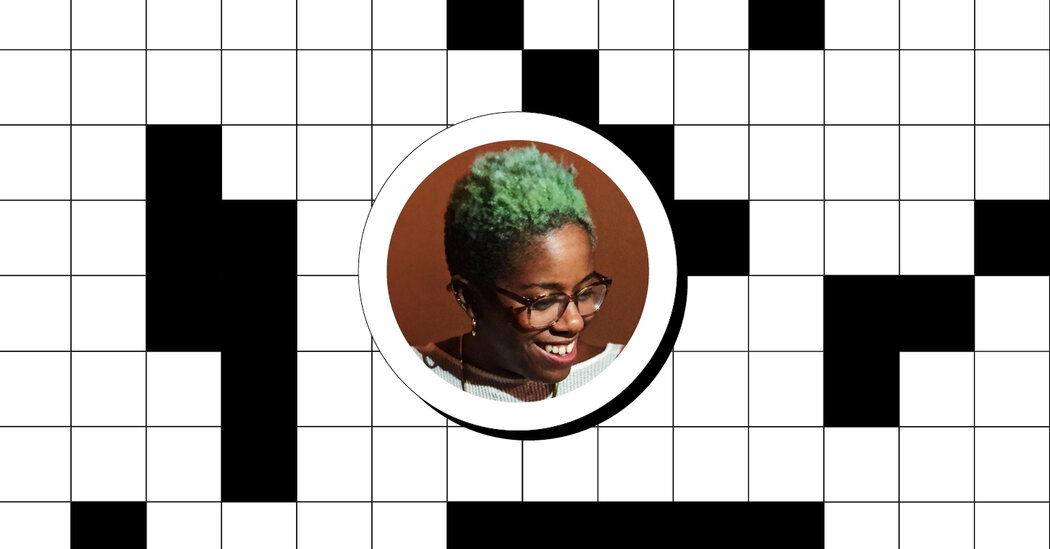 Everdeen Mason, The Times’s first editorial director of Games, wants to keep challenging current players while reaching new ones. “We have to get people out of their comfort zones a little bit.”

Times Insider explains who we are and what we do, and delivers behind-the-scenes insights into how our journalism comes together.

Maybe you’re tantalized by finding the matching patterns in The New York Times’s puzzle Tiles. Or obsessed with achieving “genius” level in the word-forming Spelling Bee. Or addicted to getting tormented by the Times Sunday crossword.

There’s a gamer in everyone. That’s the mind-set of a growing team at The Times dedicated to entertaining more readers through puzzles, whether they’re looking for a big challenge or a small thrill to break up their day. And a pivotal leader in that effort is Everdeen Mason, The Times’s first editorial director of Games, who joined the team in January.

“I want to turn up the dial on that sense of discovery and wonder,” she said.

Ms. Mason manages the department’s five staff members who edit The Times’s suite of digital pastimes, which also includes Sudoku; the Mini crossword; Vertex, where you connect dots to form a hidden picture; and Letter Boxed, where you form words around a square.

As part of her role, Ms. Mason is working to maintain the team’s editorial standards, find new ways to engage with and broaden the puzzle audience, and ensure that every part of the games editing process — from the constructors (the people who make the puzzles) to the clues provided — reflects and cultivates diverse voices.

One part of her day might involve collaborating with Deb Amlen, the crossword columnist, on the Wordplay column. Another might be focused on streamlining the submission process for the crossword — constructors submit about 200 per week for consideration.

Ms. Mason’s staff is part of a group of about 50 people that includes designers, developers and product managers, all led by Jonathan Knight, the general manager of the Games department. Together, they are focused on giving readers more diversions in these anxious times.

In 1942, The Times published its first crossword. Last year, more than 850,000 people subscribed to New York Times Games, about a 40 percent increase from 2019, and more than 28 million people played at least one game, an increase of 16 percent over the previous year.

“There are new audiences coming into The Times every day, every week, every month,” Mr. Knight said, emphasizing that as they bring in a new generation of gamers, it’s important to diversify the product by ensuring that it’s representative of this expanding audience. Referring to Ms. Mason, he said: “All of those things require leadership and strategy and new ideas and new ways of thinking.”

Ms. Mason, who grew up in Cincinnati, came to The Times from The Washington Post, where she worked as a senior audience editor, a position devoted to seeking more ways to reach and interact with readers online and through social media. She also has written about science fiction and fantasy. And of course, she’s an avid gamer, though she jokes that she’s a humble “Monday solver” of the crossword, referring to the puzzle’s less frustrating level.

“She’s just super creative, so as we think about new games and new puzzles that we want to bring out, I think she’s just going to be an essential part of that process,” Mr. Knight said.

Ms. Mason is up for the challenge. “I love making new things,” she said. To facilitate that growth, she added that “we have to get people out of their comfort zones a little bit.” She wants to publish puzzles by new people, and in her first editorial project, she led the crossword team in celebrating Black constructors for the first week of Black History Month. That included publishing first-time contributors like Soleil Saint-Cyr, a high school student.

Ms. Mason elaborated on that vision in a note to readers. “I’d like to get to a point when publishing a whole week of puzzles from Black constructors is not a special event, simply because there are enough people of color in our roster,” she wrote.

She also wants to make sure she’s fostering an environment for her staff that will spur creativity. “I am here to support these puzzle editors,” she said. “To make it a happier place.”