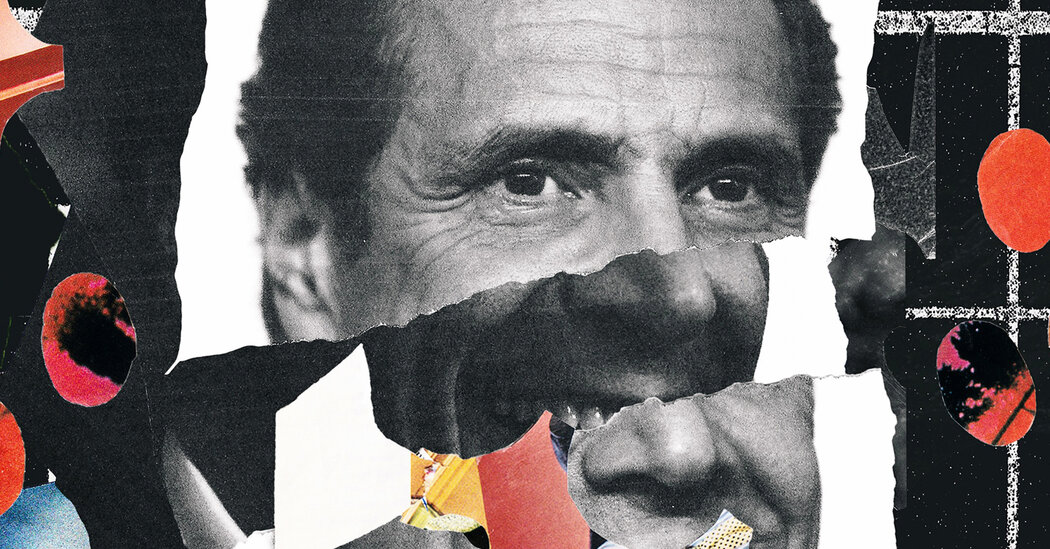 The nationwide fight for a $15 minimum wage began on the streets of New York City, when fast food workers staged a strike in 2012. It took Gov. Andrew Cuomo of New York four years to heed their demand. “New York is showing the way forward on economic justice,” he claimed, in 2016, when he finally got around to it.

Not all New Yorkers could count on making $15 an hour, though. Tipped workers in particular were still guaranteed a lower wage. Proponents hounded Mr. Cuomo until he announced in late 2017 that New York’s Department of Labor would examine ending the tipped wage. At the time, he pointed out that tipping is linked to higher rates of sexual harassment, an interesting connection for him to make mere days after the blowback he got over his defensive retort to a reporter, telling her that asking him about sexual harassment in state government did “a disservice to women.”

Two years later, when he ended the tipped wage, he left out still another crucial group: hospitality workers, including restaurant servers and bartenders, who face among the highest harassment rates of any industry. To this day, they still aren’t guaranteed the state’s full minimum wage. Over 40 percent of the state’s food service workers reported experiencing even more sexual harassment during the pandemic. But with hardly anyone paying attention to the fine print, Mr. Cuomo got credit for being one of the first governors to implement a $15 minimum wage.

All of this exemplifies Mr. Cuomo’s approach to his role as a political leader. He is currently at the center of a scandal hurricane. There is the scandal of his administration reportedly covering up the full number of nursing home Covid-19 deaths — just as he was selling his Covid-era memoir. There are the scandals of the multiple allegations of sexual harassment against him, as well as the accusations of bullying and mistreatment. But all of these different controversies tell us the same thing: Mr. Cuomo’s aggressive, abusive approach to management is the same as his approach to power.

While many New Yorkers may only now be finding out how Mr. Cuomo has operated, it was always plain to see in the way he pursued policy — and, crucially, in the policies he pursued. His despotism was supposedly in pursuit of effective, progressive government, but in reality it has mostly been in service of Andrew Cuomo. He hasn’t wielded power with the primary goal of helping state residents, particularly the most vulnerable, but of helping himself. He has consistently staged flashy P.R. stunts that masked cruel cuts for the poor. The same can be said of the way he ran his office, a place where he used his power to mask preying on vulnerable young women in his employ. (Mr. Cuomo has denied all of the harassment accusations, but he apologized if his past actions made people feel uncomfortable.)

Yes, he helped bring about legalized same-sex marriage, a $15 minimum wage and paid family leave. But many of these policies were accomplished only after intense pressure and long delays, and they often covered up other, harmful, actions. For Mr. Cuomo, government has always been a show, and that was the case long before he won an Emmy for appearing on TV with PowerPoint slides. His flashy policy actions were paper thin, a veil for his pointed attacks on the most vulnerable.

In truth, he has long championed deep austerity even as he has touted high-profile progressive social issues. As early as his first year in office, he crowed about a “historic and transformational” state budget that reduced spending by more than 2 percent, in particular through reductions for Medicaid and education. The budget also eliminated some services for domestic violence victims and the homeless.

He has been at it ever since. In 2019, he clashed with newly empowered leaders of his own party in the Legislature when he resisted an increase in spending on education and other social programs. The next year, as a health crisis hit, he was still insisting that he couldn’t complete a state budget without cutting Medicaid. He has long opposed education increases, even for the neediest schools. When Congress sent coronavirus relief funding to the country’s highest-poverty schools in March 2020, including those in New York City, Mr. Cuomo cut the exact same amount from the state budget that the city would normally receive, wiping out the new money with a stroke of his pen. (This came after he had the gall to accuse Democrats in the State Legislature of failing to increase funding for poor school districts in 2019.)

All along, before the pandemic and during it, he has refused to consider raising taxes on the wealthy (until very recently), balancing the state budget instead by targeting New Yorkers who must turn to the state government for help.

He has often made the dichotomy between social and economic policy plain. In a 2017 State of the State address that he started by bragging about advancing “progressive values in society” like gay marriage, he changed his tone to focus on the need for “fiscal discipline.” Mere moments later, he said, “When you cut spending all sorts of good things happen.” He likened it to going on a diet: “When you intake fewer calories good things happen.”

Politics has never been a realm where people are particularly nice, and some of the lawmakers we remember as the most effective have also been the most ruthless. As one of those, President Lyndon B. Johnson, once said of himself, “I do understand power, whatever else may be said about me. I know where to look for it and how to use it.”

Mr. Cuomo understands power, too. But he doesn’t understand how to use it. Mr. Johnson, whatever can be said of his tactics, secured an increase in the minimum wage; an expansion of Social Security; landmark civil rights, voting rights and housing legislation; and, perhaps most extraordinarily, the establishment of Medicare and Medicaid. Mr. Cuomo has wielded his power to doggedly pursue austerity that has hurt the lowest-income residents; he even wasted time berating New York City’s mayor during the worst of New York City’s Covid crisis.

His focus on his own image over and above improving life for New Yorkers has bordered on the absurd. Beginning in 2014, Mr. Cuomo installed more than 500 “I Love NY” signs along our highways as a PR move, despite being told that the Federal Highway Administration wouldn’t allow them, costing the state a $14 million fine. (The signs themselves had already cost $8.1 million.)

But the consequences of Mr. Cuomo’s governing style have also been deadly serious, costing lives. Although both the governor and New York City’s mayor, Bill de Blasio, initially dithered, Mr. de Blasio was finally ready for a lockdown to respond to Covid by March 17, 2020. But Mr. Cuomo dismissed him and delayed the lockdown for another five days, in part to assert his power over Mr. de Blasio. Had the lockdown measures been imposed a week earlier, thousands of lives might have been saved. We have now lost more than 30,000 city residents to the virus, and Mr. Cuomo’s mano-a-mano contest with Mr. de Blasio has continued, with the governor often appearing to be more concerned with proving that he holds the most power than he is with anything else.

Even now, he is still following the same playbook. Over Mr. de Blasio’s objections, he’s opening up New York’s economy at an alarmingly fast pace, allowing some indoor dining and even in-person fitness classes as the coronavirus infection rates in both the state and the city are rising.

The unmasking of Mr. Cuomo’s aggressive and abusive tactics offers a moment for us to reflect on the kinds of leaders we want and the best ways for them to pursue change. “I am a controlling personality,” he writes of himself in his new book. “But you show me a person who is not controlling and I’ll show you a person who is probably not highly successful.”

This is wrong. Requiring our leaders to be ruthless makes it harder for women and people of color to enter the halls of power. It associates competence with cruelty, which is something white men are allowed to brandish but other leaders are not.

There are other models for success: offering compassion; building coalitions to get the job done, rather than using brute force to shove something through. We still don’t know if, or when, Mr. Cuomo’s many scandals will ultimately depose him. But whenever he leaves power, New York should be ready to pick a different kind of leader. It would be a mistake to replace Mr. Cuomo with someone who pursues actual progressive policies with the same brutal aggression. We need someone who can get things done without leaving a path of abuse in his or her wake.