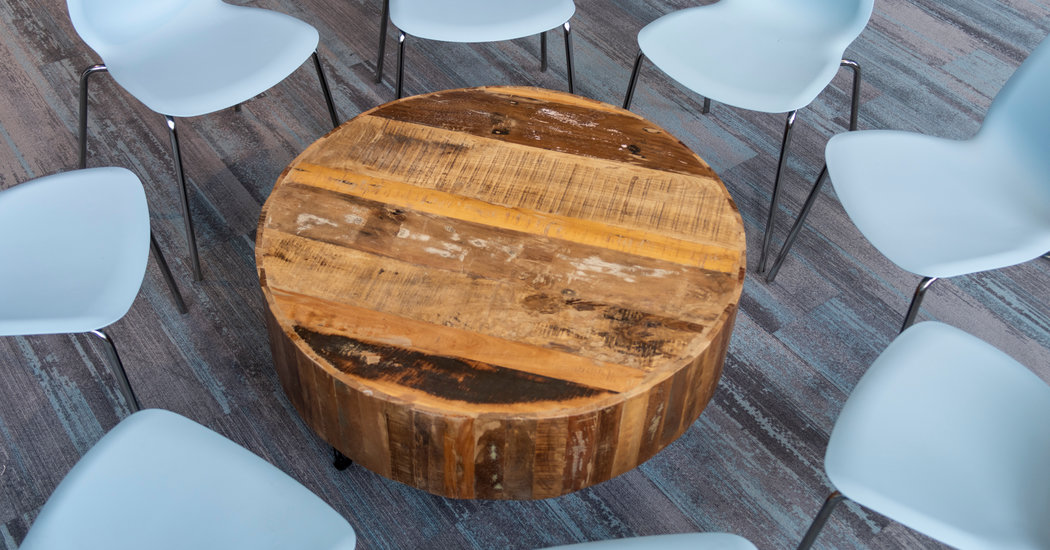 Ashley Judd, one of Harvey Weinstein’s accusers and a key figure in the #MeToo movement, reacted to the Hollywood producer’s conviction with satisfaction. But she would have preferred a “restorative justice process in which he could emotionally come to terms with his wrongs.” The criminal justice system, she said, was less satisfying than this “more humane” alternative.

The #MeToo movement reached a milestone when Mr. Weinstein was convicted of rape and sexual assault. The disgraced film producer will likely spend years, if not decades, in prison; his criminal conviction is widely viewed as proof of society’s progress on women’s issues. But adopting an approach to crime that emphasizes prosecution and incarceration in all cases is not a cure-all for a vast and complex problem.

For decades, victims’ rights advocates, including many feminists, have stood behind the promise prosecutors routinely make to victims: We will absolve your pain by prosecuting your offender to the maximum possible extent. But for many, it is an empty promise. A vast majority of sexual assault cases never see the inside of a courtroom. Some victims, like Ms. Judd, seek restorative justice, a remedy designed to heal victims and prevent reoffending through accountability and restoration — not incarceration.

The #MeToo movement and the publicity of the Weinstein case shed a necessary spotlight on the problem of persistent sexual harassment and misconduct. We agree that society, educational institutions and lawmakers must address sexual misconduct and take measures to prevent it. #MeToo has sent the important message that women who report rape should be treated like any other victim. The movement has helped women shed stigma, self-blame and trauma and empowered them to speak out. This has moved the needle on gender justice significantly.

But for many victims of crime, zero tolerance, broad criminal prohibitions and harsh sentences are not a possible or an even desirable response.

Stefanie Mundhenk Harrelson went to the police after she was raped in college by a classmate in 2015. Like an overwhelming majority of reported sexual assaults, her case was never referred for prosecution. Ms. Harrelson came to view the criminal justice system as inadequate. Even if her case had been pursued and resulted in a prison sentence, she said, it would not have helped her heal. Restorative justice, she wrote, paraphrasing a book by Danielle Sered, is preferable because it holds the offender accountable through an acknowledgment of responsibility and expression of remorse for one’s actions. The criminal justice system often incentivizes offenders to do the opposite.

Sujatha Baliga, who was recently awarded a MacArthur “Genius” grant and directs a restorative justice program at the nonprofit Impact Justice, said in a radio interview that she did not report the sexual abuse she suffered as a child. “I did not want my father to be arrested and locked up. I didn’t want potential immigration consequences for my family,” she said. “I did not want child protective services to become involved and potentially remove me from my home.”

It is important to listen to these voices. In the #MeToo era, there is a widespread presumption that the best way to reckon with sexual misconduct and serve victims’ interests is through the criminal system. #MeToo has done away with the risible idea that some level of unwanted sexual touching must be tolerated because it is simply not “serious enough” to report. But in subjecting more people to prosecution for an array of sexually inappropriate conduct, the shortcomings of the criminal justice system have become more pronounced.

Criminal prosecutions expose victims to a toxic level of stress, if not trauma. The benefit is a potential pound of the offender’s flesh. But even in rare cases where perpetrators are convicted and punished severely, many victims report that their experience was re-traumatizing and disempowering: Their story was confined to the rigid strictures of a prosecutor’s narrative and raked over on cross-examination. Of course, advocates argue that the process should be reformed so that victims do not face such scrutiny. But sex offenses carry some of the highest penalties under the law; rape trials will never simply be rubber stamps for the prosecution. Any fair criminal process will subject the victim to unavoidable scrutiny — the kind of invasive cross-examination experienced by Mr. Weinstein’s accusers.

Despite its problems, the carceral approach embodied by the Weinstein case has been gaining momentum. In 2018, the California legislature reacted to the Brock Turner case by mandating state prison sentences for certain sexual assaults. In June last year, Texas increased the severity of charges and penalties for groping offenses. And in September, Andrew Cuomo, governor of New York, surrounded by celebrities and Time’s Up activists, signed a law extending the statute of limitations to bring certain rape cases from five years to two decades.

Some are skeptical about the effectiveness of these headline-grabbing, tough-on-crime responses that view victims as a monolithic group who want and need the same thing. Sexual assault victims come from every racial, ethnic and socio-economic group. They include members of the L.G.B.T.Q. community. They include men. Some victims are undocumented or have criminal records themselves. Studies show that victims from marginalized groups fare differently and worse at every stage of the criminal process: less likely to be believed by police, prosecutors and juries.

Eight in 10 sexual assaults involve victims and offenders who know each other, according to the National Crime Victimization Survey, and one-third involve intimate partner violence. Some of the defendants in these cases are sexual violence victims themselves. Often, they come from the same communities. Many victims, particularly those from communities affected by mass incarceration, do not want to be part of a carceral solution they view as destructive. Either because mass incarceration ravages their neighborhoods and breaks apart their families or because it destines the incarcerated person to return, hardened by prison, to cause further harm.

A pilot program called Restore, which operated in Pima County, Ariz., from 2004 to 2007, worked with local prosecutors to offer victims of felony and misdemeanor sexual assaults a restorative justice alternative. A majority of victims offered this choice accepted the opportunity to participate. A peer-reviewed study of this program showed promising results. Of the 22 cases accepted over a three-year period, 66 percent of felony offenders and more than 90 percent of misdemeanor offenders successfully completed the program. The percentage of victims suffering from post-traumatic stress disorder dropped, and more than 90 percent of participants “felt safe, listened to, supported, treated fairly, treated with respect.” The Restore program ended when the federal grant supporting it dried up.

We need more of these programs so that we can study their long-term impact, improve them where necessary and make them more accessible to victims who want to participate. #MeToo rightly emphasizes victims’ healing and accountability for the people who harmed them. All too often, the prosecutorial route achieves neither. Restorative justice may be a way to achieve both.

Lara Bazelon (@larabazelon) is a professor at the University of San Francisco School of Law and the author, most recently, of “Rectify: The Power of Restorative Justice After Wrongful Conviction.” Aya Gruber (@ayagruber) is a law professor at the University of Colorado, Boulder, and the author of “The Feminist War on Crime: The Unexpected Role of Women’s Liberation in Mass Incarceration.”