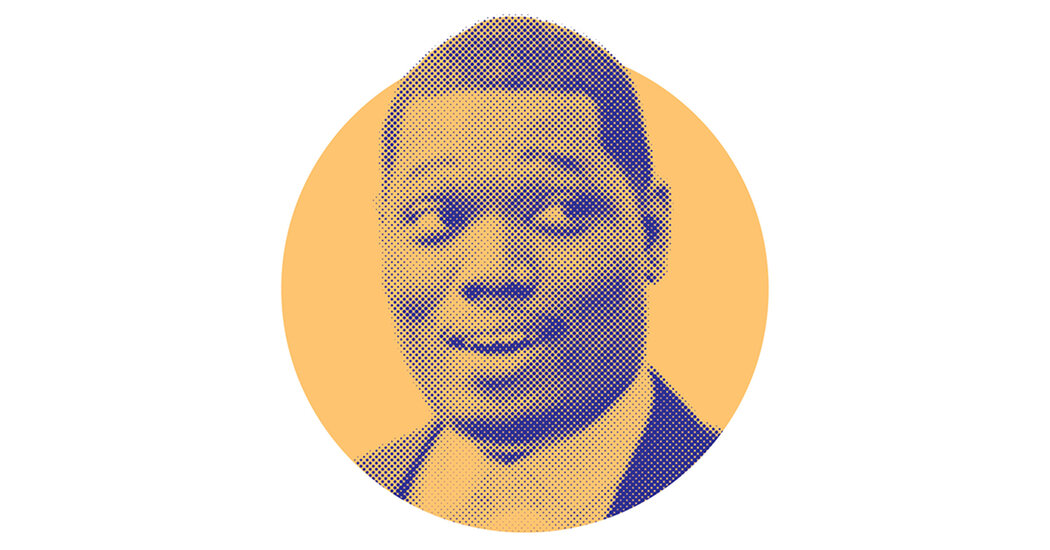 The “Saturday Night Live” comedian talks about “Illmatic” by Nas, Richard Pryor’s stand-up and the importance of a fresh haircut.

Michael Che was trying to relax — really, he was.

“Saturday Night Live,” where he’s a head writer and anchors the Weekend Update desk with Colin Jost, had just signed off for the season. His new sketch show, “That Damn Michael Che,” in which his onscreen doppelgänger humorously, sometimes poignantly explores racial profiling, unemployment, health care and even falling in love, had recently dropped on HBO Max. And because of Covid-19 uncertainties, he hadn’t booked any of the stand-up gigs that typically consume his downtime.

“I don’t know if it’s a comedy thing, but you always want to do what you aren’t doing,” Che said, calling from his home in a Hudson River hamlet. “It’s just a perpetual uneasiness that comes with this business.”

In the uncharted terrain of Zoom shoots and outdoor writers’ tables, comedy proved to be his catharsis. “Just keeping your brain busy and keeping your muscles sharp was hugely beneficial,” he said.

Che hopes to return for another round of “S.N.L.,” “unless something happens and they want me to be ‘Iron Man,’” he said. He would also love to have a shot at a second season of “That Damn Michael Che,” one created in a more-normal world. “It’s been kind of weird how good the feedback was,” he added. “A lot of people really, really connected with it. I mean, I’m surprised. You make it for that reason but when it happens, it always feels strange.”

Still, he has had fun, even during these bleak times. “Stand-up, it’s the ultimate freedom — you can do anything you want — but with sketch ideas, it’s a whole world you can create,” he said before elaborating on some of the cultural influences that have shaped his own. These are edited excerpts from the conversation.

1. “Illmatic” by Nas I remember being a kid — I guess it was about ’94 — and it was maybe the first tape that I bought that I just deemed flawless. There was no song I didn’t love. I listened to it every day, all the time. It wasn’t a big commercial release. It was just this album that perfectly encapsulates exactly what it was like growing up where I grew up and talking to the people that I grew up talking to. The terminology, the production, the sound is literally the soundtrack of any New York City kid from [New York City Housing Authority] buildings. It felt like it was speaking directly to us.

I did the David Letterman show, which was a huge deal, and my manager said, “They want to know what music you would like to come out to.” And I said, “‘N.Y. State of Mind’ by Nas.” I said it jokingly because I figured that band couldn’t play that. And I remember coming out and hearing Paul Shaffer and the band play it. It felt so good. Now I start every “S.N.L.” show with it. You feel scared and nervous when you’re going out onstage. But when you hear the “Saturday Night Live” band play “N.Y. State of Mind,” it’s my living room again.

2. Roberto Duran I don’t know if he’s the greatest boxer of all time, but he’s my favorite boxer of all time. I love the way he fights, because he’s a good listener. He beat Sugar Ray Leonard when Sugar Ray Leonard was unbeatable. And he went up two weight classes to do it. I mean, he was tough. He was arrogant. He was hungry. He was mean. But he was also really smart. I like to imagine being like him in whatever field that I’m doing. The way he attacks is beautiful.

3. Lorne Michaels I know it’s a political answer to put your boss on the list, but Lorne is really, really special to me. I don’t have family or friends in show business. I came in by myself, and everybody that I know from showbiz I’ve met through show business. And Lorne is the one guy who is sort of like a father figure in showbiz that I could talk to from a different type of perspective. He’s not a peer, obviously. But he made me approach comedy from a professional standpoint and not just from being lucky to do it.

There’s a lot of things that I’ve done in my career that I definitely wouldn’t have done unless Lorne told me he thought I could do it and he thought I’d be good at it. So I’m not as intimidated to try harder or to think big, and I’ve got Lorne to thank for that.

4. Mommy’s Cooking Everybody would come to our house for Thanksgiving because my mother was the best cook. It was a gift from my grandmother to my mother, as far as who made the best macaroni salad, who baked the best macaroni and cheese, who fried the best chicken. I judge all food based on how my mother would have cooked it. And she had to make miracles a lot of times because we didn’t have a lot of food. When you’ve got like a bag of rice and two sauces and a bag of beans, and you can make something that’s amazing, that’s when you can really, really cook. My mother was the queen of that.

5. The Cellar Table The Comedy Cellar is my favorite club. It’s the club that really, really helped my development as a comedian. I was able to sit around Colin Quinn and Keith Robinson and Jim Norton and Bobby Kelly and Tony Woods and Sherrod Small — all these guys that would literally just make fun of you and talk shop and tell old stories about when they were coming up. I sit with the owner, Noam [Dworman], and talk politics. I sit with [the booker Estee Adoram], and she always gives you a hug. It’s like home. To me, it’s that feeling of Thanksgiving where my mother would be cooking, but the professional version of it for my career.

If Dave Chappelle, Chris Rock, Kevin Hart and Jerry Seinfeld are in town, they will stop at the Cellar.

6. “Richard Pryor: Live in Concert” “Richard Pryor: Live” is the greatest piece of stand-up comedy ever recorded. I watch it and feel like a fraud every so often. It’s the best at his best. It’s so mature. It’s so thoughtful. The stuff he’s pulling off is seamless and effortless, to the point where I don’t even know where the crowd work begins and where the written work [ends] — it’s so crazy good. I think it’s also the direct line to what today’s comedy is. It’s personal, it’s smart, it’s silly. It’s perpetual motion.

7. Malcolm X’s Speeches I was born on the same day as Malcolm X, so I always heard about Malcolm X as a kid because people would say, “You know, Malcolm X was born on May 19.” My father loved Malcolm X. He had his speeches on tape. I will always love the way he argued, the way his speeches were perfectly constructed. Malcolm as a Muslim knew that he was talking to mostly Black people who were Christian. And so he would use the Bible to make his argument. He always had the respect. And I thought that was genius because the end game wasn’t to convert you. The end game was to talk to you. And in order to talk with somebody, you have to know something about where they’re coming from. Malcolm knew the Bible better than a lot of pastors.

8. People Watching That’s my favorite thing in the world to do. I could go to a bar, to a park, anywhere, be alone, headphones on, and just watch people move, watch people talk on the phone, watch people argue, watch people hang out. I just love to watch. It feels like I’m at a charging station. The subtleties of the way human beings interact is the coolest thing. And I could get lost in that for a very long time.

9. Stage Time Being onstage and telling jokes, man — there’s nothing like it. There’s no rush that I could get that’s like being flat-footed onstage telling jokes and conducting an audience. It’s the best feeling in the world. It was love at first sight. And I hope I’m able to do it for a very long time.