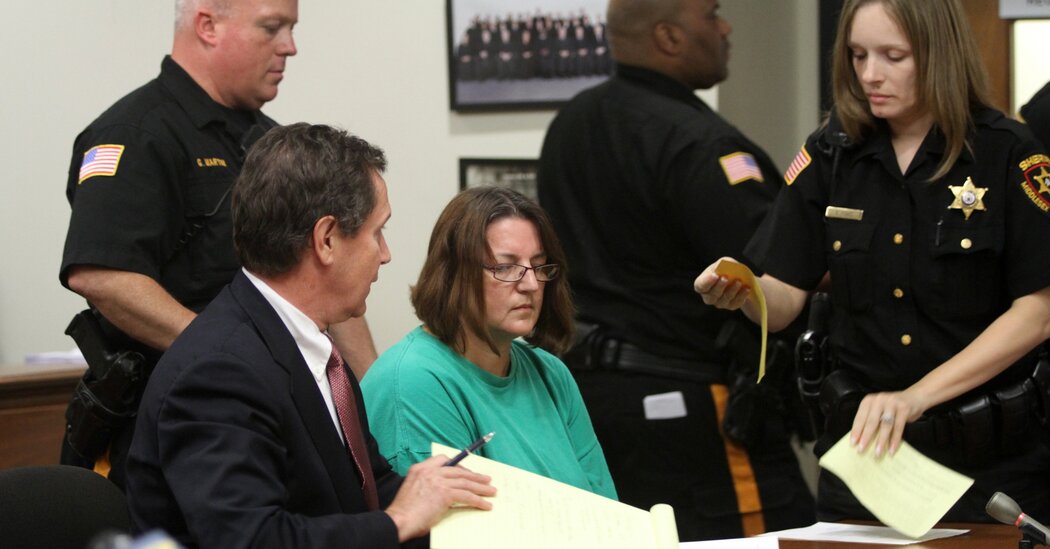 For more than two decades, the 1991 disappearance and subsequent death of 5-year-old Timothy Wiltsey was among New Jersey’s most notorious cold cases. An autopsy at the time could not determine what killed him, but investigators treated his death as a homicide.

Then, in 2014, the authorities arrested the boy’s mother, Michelle Lodzinski, whose shifting accounts of the day her son was last seen had made her a suspect from the start. Two years later, a jury convicted her of murder despite a lack of physical evidence tying her to the death.

On Tuesday, in a startling turn, New Jersey’s highest court vacated Ms. Lodzinski’s conviction, ruling in a 4-to-3 decision that the absence of evidence was so significant that prosecutors could not prove she had intentionally killed her son.

“After reviewing the entirety of the evidence and after giving the state the benefit of all its favorable testimony and all the favorable inferences drawn from that testimony,” the court’s majority wrote, “no reasonable jury could find beyond a reasonable doubt” that Ms. Lodzinski had “purposefully or knowingly caused Timothy’s death.”

Gerald Krovatin, a lawyer for Ms. Lodzinski, hailed the decision, which prevents his client from being retried.

“It’s a great day for the rule of law, and for the principle that a conviction must be based on evidence, not on speculation and emotion,” said Mr. Krovatin, who represented Ms. Lodzinski along with David W. Fassett. “The majority opinion makes that very clear.”

Mr. Krovatin added that Ms. Lodzinski, 54, was “elated and extraordinarily grateful to everyone who has stood by her throughout this long ordeal.”

Conner J.E. Ouellette, an assistant prosecutor and spokesman for Yolanda Ciccone, the current Middlesex County prosecutor, said the office “must respectfully decline to comment” on the court’s decision.

Ms. Lodzinski was 23, estranged from Timothy’s father and raising her son by herself in central New Jersey when the boy vanished on May 25, 1991.

The story she told the police that night was a parent’s nightmare scenario: She and Timothy had been at a Memorial Day weekend carnival in Sayreville and had enjoyed a few rides when she went for a soda, diverting her attention from the boy for only two to three minutes.

“He doesn’t like to wait on lines,” she told a New York Times reporter that year.

When she turned back around, he was gone. She screamed and told passers-by that her son was missing. The carnival was shut down and hundreds of police officers and volunteers scoured the area as helicopters hovered above. The search was fruitless.

Almost from the outset, suspicions fell on Ms. Lodzinski, who offered varying descriptions of strangers who she said she had seen and who she suggested might have abducted the boy.

Despite national attention that included two segments on the television show “America’s Most Wanted” and photos of the missing boy’s face on thousands of milk cartons, the investigation fizzled and no charges were filed.

Time passed and Ms. Lodzinski moved on with her life. She had two other sons and eventually moved to Florida. She was living there when she was arrested and charged with murder.

Investigators, who had reopened the case several years earlier, said the break came when a niece of Ms. Lodzinski’s who used to babysit Timothy identified a blue blanket found with his body as belonging to Ms. Lodzinski. Two other witnesses also linked the blanket to Ms. Lodzinski, whom prosecutors portrayed at trial as a woman struggling to raise the boy herself.

But as her lawyers noted, at trial and on appeal, there was no forensic evidence connecting her to the tattered cloth.

Prosecutors argued that other evidence, including her shifting story and evasive answers to law enforcement authorities in the investigation’s early stages, combined with the blanket established her guilt beyond a reasonable doubt. The jury agreed, and she was sentenced to 30 years in prison.

In 2019, an appeals court upheld the conviction and this past May, the state Supreme Court did the same when, with the chief justice not participating, it split 3-to-3 on Ms. Lodzinski’s appeal.

In October, the Supreme Court took the rare step of agreeing to rehear the case after acknowledging that it had made a procedural error in its initial consideration of the appellate decision. For the rehearing, it added an appellate judge, who broke the tie in Ms. Lodzinski’s favor.

In a dissenting opinion, the three judges who voted to uphold the conviction said there was ample evidence to support the jury’s decision. Among other things, the judges noted that Timothy’s remains had been found close to Ms. Lodzinski’s former workplace and that her answers to investigators had seemed evasive.

“Today’s decision undermines the core principle of appellate deference to a jury verdict in a criminal trial and undermines the jury’s role at the heart of our criminal justice system,” the dissenting judges wrote. “We consider the defendant’s acquittal to be unwarranted and unjust.”

As for what Ms. Lodzinski, who has been in custody since her arrest in 2014, will do now, Mr. Krovatin said that a Middlesex County judge had ordered her immediate release.

In the meantime, a notorious cold case appears to be cold once again.