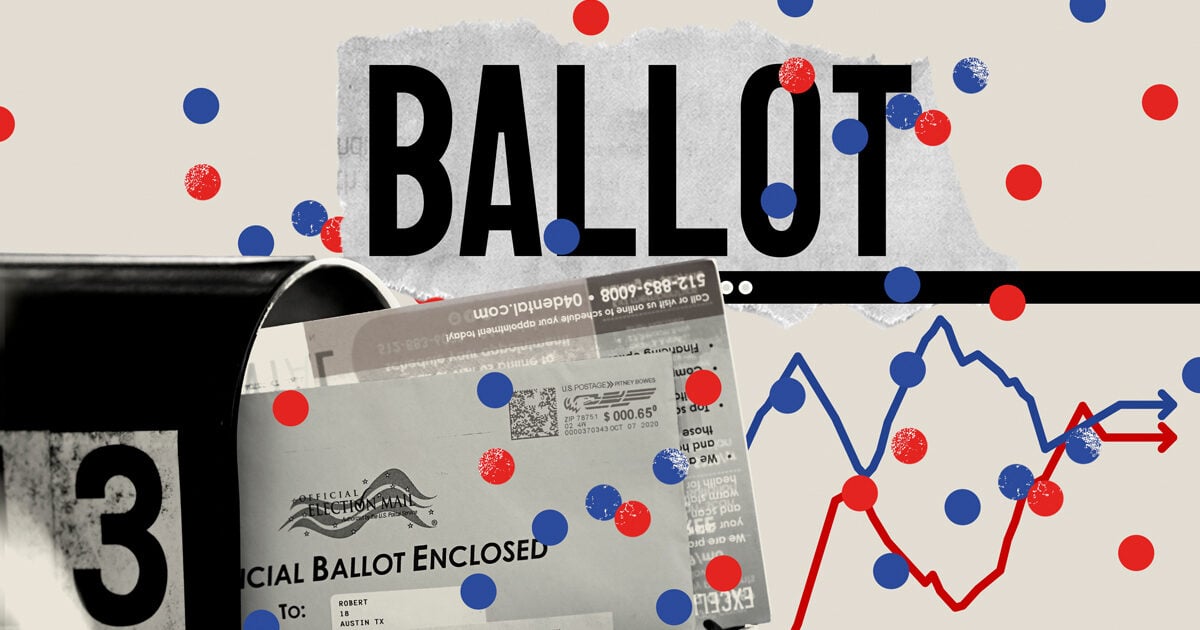 Millions of Mail-In Votes Have Already Been Cast in Battleground States. Track Their Progress Here.

ProPublica, in partnership with The Guardian, is today releasing a tracker for mail-in ballots in battleground states.

An unprecedented number of Americans are voting by mail this year to avoid COVID-19 risk. Democrats have said they’re more likely to vote by mail while Republicans say they’re more likely to vote in person. With postal delays, rejected ballots and a dearth of funding, the process isn’t always smooth — ballots can be rejected for multiple reasons, and due to court challenges election rules are changing even while voting is underway. Meanwhile, President Donald Trump and other Republican officials have spent the last months casting doubt on the mail-in voting process, likely paving the way for additional legal battles during the vote count.

We are tracking votes in Florida, Georgia, Pennsylvania, Iowa, Michigan, Minnesota, North Carolina, Ohio and Wisconsin through the election to find out how many people are voting by mail, how their votes are counted, and what it means for the 2020 election. Our tracker will be updated as we obtain new information, as well as other state data. We will also be investigating any aberrations and issues in the mail-in voting process as we find them, and telling the stories of the people and communities impacted most.

The data on mail-in voting comes from state election officials and is processed by Michael McDonald, a political scientist at the University of Florida who runs the U.S. Elections Project. Not every state updates its data on the same schedule or in the same way, and our tracker does not include in-person early voting.

Check back often for the latest changes over at The Guardian.

Read More at The Guardian