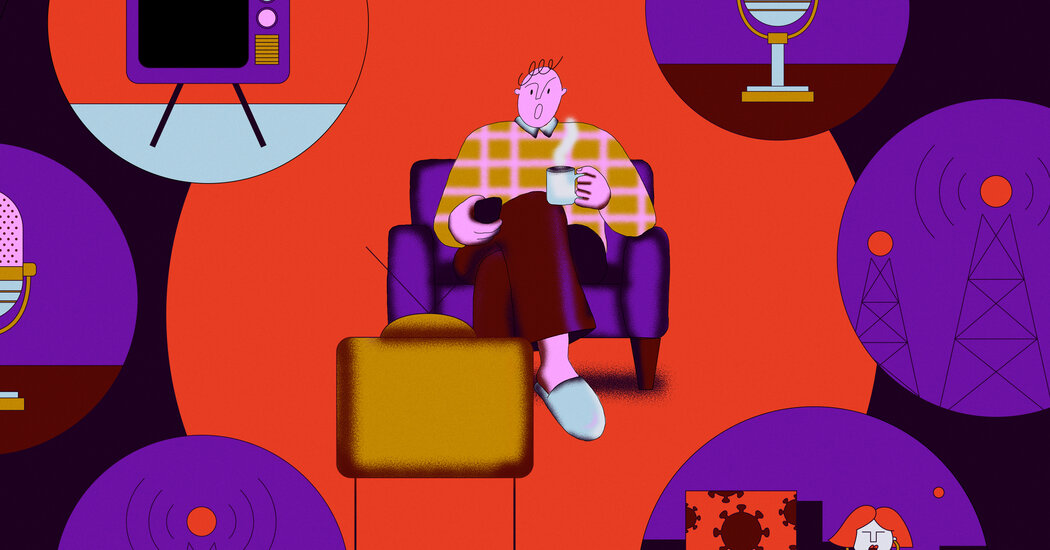 Broadcast television and talk radio are just as problematic as social media.

The plague of misinformation — false rumors about the legitimacy of the 2020 presidential election, the ineffectiveness of face masks and the safety of 5G, to name a few examples — is usually blamed on social media. But false and damaging information isn’t just available online. It’s also abundant in broadcast media, and as politicians debate whether or how to regulate technology companies, they should also consider creating systems to address the dangers implicit in allowing and enabling the spread of misinformation, wherever it’s published.

The Constitution safeguards the freedom of speech from direct government interference, but lawmakers also recognize the need for thoughtful intervention. Politicians have been concerned about the power of online platforms for years. Last week, leaders of Google, Facebook and Twitter were again asked to answer questions from members of Congress about how their platforms handle false or harmful material. Both the House and the Senate are considering legislation that would revise Section 230 of the Communications Decency Act, which currently exempts technology companies from being held responsible for the material they publish. Facebook has been advocating the law’s reform. Technology companies are also facing congressional scrutiny for potential antitrust violations.

But it is not at all clear that reducing the dominance of technology companies will go far enough. And oversight boards run by tech companies themselves, such as the one that Facebook created to hear issues of online safety and free speech, are not sufficient, as those efforts can never be truly independent if they are assembled by, and are financially tied to, the very companies they are tasked with overseeing. Furthermore, addressing only the technology industry won’t cure the problem, because misinformation that is spread in one medium is reinforced and amplified by falsehoods spread on another. A phrase that’s based on a lie and trends on Facebook and Twitter — “Stop the Steal,” for example — becomes fortified and legitimized when it’s picked up by television and radio reporters or commentators, whose words then reappear on social media, fueling a tornado of misinformation.

Television and radio are often full of misleading information, both on news programs and in advertisements, and the broadcast gives the information a whiff of legitimacy. Underfunded governmental agencies have failed to do their jobs monitoring activities of the private sector. While in some cases increased funding for government enforcement would help, regulatory efforts might be appropriate in others. But there is another way government can reduce the spread of inaccurate information.

Decades ago, long before there was a technology industry to regulate, the Federal Communications Commission instituted the Fairness Doctrine, a policy that required broadcasters to present diverse points of view on controversial topics. The law, which was designed to ensure that all sides of an issue were presented, was dismantled in 1987 under President Ronald Reagan.

Congress should seriously consider revitalizing the Fairness Doctrine. This effort would be premised on the public’s right to be informed, rather than on the government controlling free speech. And it should be coupled with the appointment of public commissions or citizen juries that would provide independent oversight to confront misinformation in both online and broadcast media. These independent bodies would include respected experts, could be appointed by the government and would be funded by industry.

Public trust in the media industry has been declining for years. It can be restored by securing media companies’ commitment to practicing fact-checking and presenting contrasting perspectives on issues important to news consumers.

Psychology, behavioral science and neuroscience have helped teach us why people are susceptible to misinformation and what influences how they view facts. Individuals gravitate toward news sources that reinforce their prior impressions, values and opinions. Exposing people to more balanced sources might help expand their perspectives, but science tells us that this can also serve to strengthen current beliefs. The purveyors of misinformation need to be confronted with — and must not able to escape responding to — opposing views and facts, in the manner common to some media interviews and the cross-examinations in legal proceedings.

The Fairness Doctrine required media companies to present alternative points of view on sensitive issues. A reimagined and expanded version of this policy could enable independent bodies to review inaccurate material and require that technology platforms and broadcast media publish and respond to criticism.

Government proposals to reform Section 230 or break technology companies into several smaller companies will not solve the misinformation problem. But increased fact-checking by independent bodies and mandates to present more reliable perspectives will help. Because of the reinforcing influence one medium has on another, reforms must include both the platform and broadcast industries.

There is clearly a need for more accountability of both the private sector and the government in matters of abuse and the proliferation of misinformation. A new Fairness Doctrine, coupled with independent oversight of broadcast and technology platforms, would help.

Nicholas A. Ashford, a professor of technology and policy, is director of the Technology and Law Program at the Massachusetts Institute of Technology.