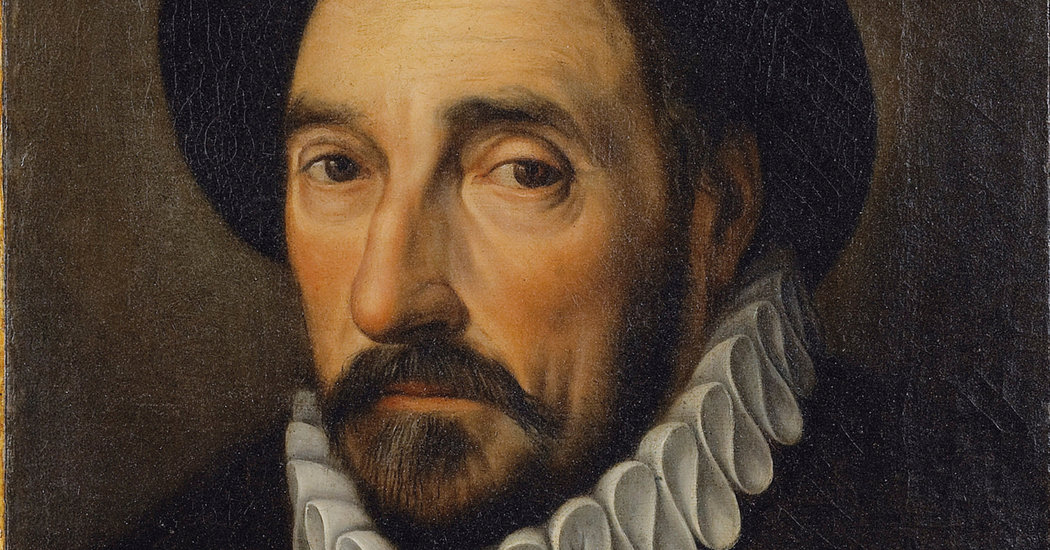 In the summer of 1585, the mayor of Bordeaux learned, from the comfort of his nearby chateau, that the bubonic plague had burst upon his city. Those who could were fleeing, he was told, while those who could not were “dying like flies.” What to do? His term in office, on the one hand, was nearly over and his last official duty was to attend the transition ceremony. On the other hand, perhaps his duty was with those still inside the city walls.

Both hands on the reins of his horse, the mayor rode to the city’s edge and wrote to the municipal council to ask whether his life was worth a transition ceremony. He did not seem to receive a reply and returned to his chateau. By the time the plague subsided, more than 14,000 people — about a third of the city’s population — had died horrible deaths. As for the former mayor, he returned to a far more pressing task: the writing of essays.

The mayor was Michel de Montaigne. Known today as the author of the “Essays,” the classic of self-reflection and self-knowing, Montaigne was better perhaps known in his own lifetime as a man of politics. Yet his efforts — quite literally, his essais — at politics and his essais at portraying himself are not unrelated. In both cases, Montaigne probed the limits of what he could do in the world and what he could know about himself.

Bordeaux was a hot spot for both bacteriological and theological plagues in the late 1500s. The wars of religion, a series of eight distinct conflicts between Catholics and Protestants — replete with massacres on both sides — had ravaged France between 1562 and 1598. As both mayor and diplomat, Montaigne tried several times to broker accords between the two sides. He was known (and despised) by both sides as a politique: someone who, for the sake of all, tried to find common ground in a land savaged by zealotry.

In this, Montaigne never succeeded yet he was not one to waste a plague. In his essay “On Physiognomy,” written in 1585, he described the wars as “profitable disasters.” The mutual butcheries, in effect, prepared him for the next plague. The cruelty and fury, ambition and avarice that consumed both sides taught him “to rely on myself in distress.”

The trick, though, was to first find that self. Or, more accurately, to found that self. In effect, as he wrote and rewrote his essays until his death in 1592, Montaigne wrote and rewrote his own self. In “On Giving the Lie,” he observed the strange alchemy between paper and person, between writing one’s life and becoming that life: “I have no more made my book than my book has made me — a book consubstantial with its author.”

More than a millennium earlier, thinkers like Epicurus and Seneca had already mapped out this path. Inscribing their words on the pages of his essays — as well as in the roof beams of his library — Montaigne grasped that, unlike philosophers in his day (or our own), these teachers sought not to inform their students, but instead to form them. As the classical scholar Pierre Hadot has argued, Stoicism and Epicureanism offered not airy abstractions but real-world “spiritual exercises.” Though the methods of these school varied, their mission was the same: to teach students how to master physics and ethics not as an end, but as the means to master their own selves and so better deal with life’s daily challenges, no less than its sudden catastrophes.

Yet self-mastery was itself a means to a greater end: the aligning of the self with the world. The recognition of reality — of what can and cannot be changed — teaches the need for self-control. This “plague of the utmost severity” in 1585 challenged Montaigne’s self-mastery even more than the wars did. When the pestilence reached his estate, he fled with his family in order to protect them. From the road, he recalled, he saw peasants digging their own graves.

We will never know what these men and women thought when they saw Montaigne and his household pass them on their horses and carriages. But what should we think? For many critics, Montaigne was, if not clearly a coward, less than a hero: Imagine if Mayor Bill De Blasio, learning that New York City had been struck by the coronavirus while he was vacationing in the Berkshires, had emailed the City Council to wish them good luck. Yet we need to remember that Montaigne never pretended or sought to be a hero. Instead, he sought to do what could be done — in this case, save his family — and sought to find what could be found in this experience.

In the end, what he found was the essay — less the masterpiece he had written, though, than the life he had lived. In the many essays of his life he discovered the importance of the moderate life. In his final essay, “On Experience,” Montaigne reveals that “greatness of soul is not so much pressing upward and forward as knowing how to circumscribe and set oneself in order.” What he finds, quite simply, is the importance of the moderate life. We must then, he writes, “compose our character, not compose books.” There is nothing paradoxical about this because his literary essays helped him better essay his life. The lesson he takes from this trial might be relevant for our own trial: “Our great and glorious masterpiece is to live properly.”

Robert Zaretsky is a professor at the University of Houston and the author of, most recently, “Catherine & Diderot: The Empress, the Philosopher, and the Fate of the Enlightenment,” and the forthcoming “The Subversive Simone Weil: A Life in Five Ideas.”

Now in print: “Modern Ethics in 77 Arguments,” and “The Stone Reader: Modern Philosophy in 133 Arguments,” with essays from the series, edited by Peter Catapano and Simon Critchley, published by Liveright Books.