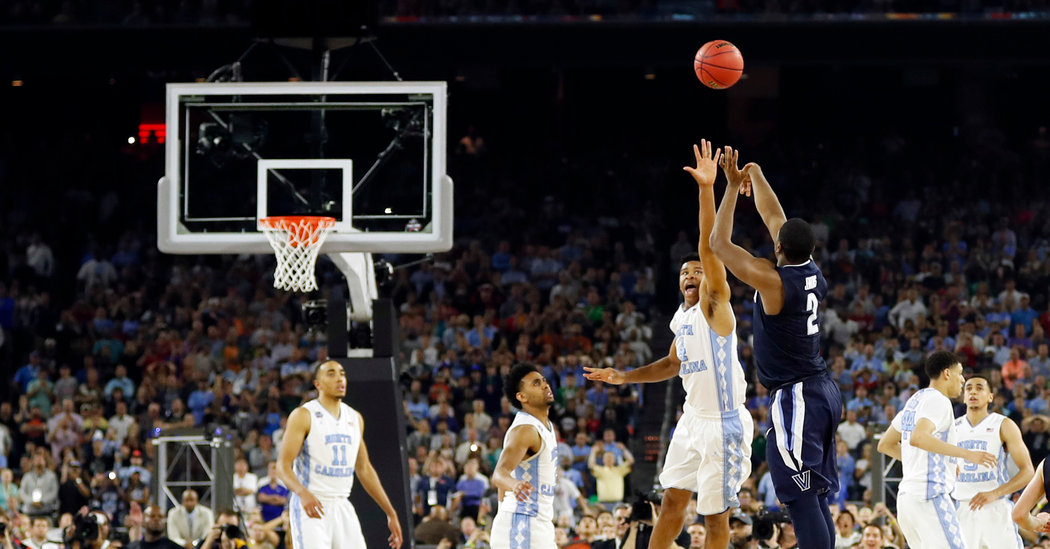 As the star quarterback at the University of Alabama, Tua Tagovailoa was a marketer’s dream: He had charisma, a million social media followers and a championship pedigree he earned as a freshman by throwing the winning touchdown in the national title game.

And yet because of longstanding National Collegiate Athletic Association rules, Tagovailoa could not cash in on that fame until he declared in January that he was leaving school for the N.F.L. draft.

That restriction may be about to change.

The N.C.A.A. Board of Governors, weary from increased attacks in legislatures and courthouses and from the public, announced Wednesday that it would support rule changes allowing athletes to earn money from the use of their names, images and likenesses. But the deals would have to come from third parties so that athletes could not be considered university employees.

The board’s recommendations will be forwarded to the three N.C.A.A. divisions that govern the levels of competition in college sports. The divisions are expected by January to adopt rules that would take effect at the start of the 2021-22 academic year.

While the income potential is likely to be modest for most college athletes, the elite players — under the right circumstances — could see a windfall.

“The right athlete could be making millions,” said Leigh Steinberg, the agent who represents Tagovailoa, who was selected by the Miami Dolphins with the fifth overall pick in the N.F.L. draft last week. “But I don’t think that’s trickling down to the other 100 players in the program. It’s a star system.”

The N.C.A.A. had been under increasing pressure to allow athletes to capitalize on the use of their unique abilities as universities have built sports programs into a billion-dollar behemoth without paying players. Students who don’t play sports — actors, musicians, journalists and others — can already cash in if they have exceptional talents.

But the N.C.A.A.’s opening of financial opportunities for athletes included some restrictions. Most significantly, students would not be permitted to be paid directly by universities; the N.C.A.A. plans to ask Congress to support the position of universities that athletes should not be treated as school employees. Additionally, athletes would not be able to use a school or conference logo to tout their affiliation, a move by the N.C.A.A. to distinguish between athletes and employees.

Any new rules are most likely to benefit football players and athletes in Olympic sports. Men’s basketball players are less likely to be positioned to take advantage of the new rules unless they arrive in college with an ardent following — and the N.B.A. may soon render many of those instances moot by encouraging high school players to enter the professional ranks without first playing in college. Female athletes, and those in programs that are not financial cornerstones for their universities, would likely be able to earn based on their own social media following and other moments of public fame.

“The role of influencers is growing exponentially,” said Allen Adamson, a marketing consultant and a professor at New York University, who estimated that a good social influencer could earn $200,000-$300,000 per year. “When people think of endorsements they think of beer and soft drinks, but that’s changed. The value to the athlete is mostly driven by an athlete’s social media following rather than being on billboards on the side of the road saying, ‘Buy this chicken sandwich.’”

The thorniest guidelines the board laid out involve recruiting details that could prove difficult to enforce: How can schools or wealthy athletic donors be prevented from using endorsement deals to persuade an athlete to play for one team instead of another? How will agents and other advisers — who had largely been prohibited from working with college athletes — be regulated?

Lawmakers, who have pushed legislation that would have largely granted athletes the rights that the universities are now crafting themselves, were cautiously optimistic about the Wednesday announcement by the N.C.A.A, the governing body for college sports.

“This is either the day that a wall of injustice around student-athletes started to crumble, or the day the N.C.A.A. used more tactics to bait and switch young men and women from some of our most vulnerable communities,” Representative Mark Walker, Republican of North Carolina, said on Twitter.

Walker, who introduced a bill last year in Congress to challenge the N.C.A.A.’s tax-exempt status if it continued to restrict the ability of students to make money off their fame, later added that an antitrust exemption the N.C.A.A. was seeking to protect itself from lawsuits was not necessary.

Walker’s bill mirrored others that raced through state legislatures last fall after California’s unanimously passed a bill that would allow some endorsements and other deals starting in 2023. Soon, N.C.A.A. executives began complaining that federal legislation would be necessary to put all 50 states under the same rules.

“The devil will be in the details,” Nancy Skinner, a state senator who co-authored the California bill, said in a statement Wednesday. “Yet, no matter how you cut it, this represents a landmark change. A year ago, no one would have expected the N.C.A.A. to move definitely toward giving college athletes their” name, image and likeness rights.

Though the N.C.A.A. renewed its call for federal legislation — along with antitrust protection — Mark Emmert, the N.C.A.A. president, conceded in a conference call with reporters that in the midst of the coronavirus pandemic and a presidential election in November, “everybody is realistic about those difficulties” of getting any nationwide law passed related to college sports.

In the meantime, the Division I, II and III governing bodies will begin crafting detailed legislation from the guidelines, diving into details that go beyond the difficulties raised by letting athletes have more access to agents and others who would want to influence them in recruiting.

For example, what constitutes a fair market price for being a pitchman for a product? And how can a university prevent a booster from making a promise of an endorsement opportunity while an athlete is deciding between scholarship offers?

“This is one of the most important points that we still have to iron out,” said Val Ackerman, the commissioner of the Big East Conference and the co-chair, with Ohio State Athletic Director Gene Smith, of the group that developed the board’s proposal. “But the difficulty of it doesn’t mean we can’t try.”

Said Smith: “There are some places where everyone in town is a booster.”

Once the new rules are developed, there is likely to be a need for additional administrative staff members — not only compliance officers, who can lay out the N.C.A.A. rules, but also those who can explain tax obligations and whether a bump in income jeopardizes Pell Grants for low-income athletes.

Still, for those like Steinberg, who has worked more than four decades as a sports agent, it seems like the dawn of a new era.

For years, he said, athletes chafed at seeing their jerseys sold in campus bookstores and having to watch other students tool around in fancy cars when some did not have enough to eat. Nearly 25 years ago, Donnie Edwards, a star linebacker at U.C.L.A., was suspended for receiving an impermissible benefit: An agent had dropped off bags of groceries for him.

“It feels like a revolutionary event after all these years of resisting this concept,” Steinberg said. “It’s a major paradigm shift. This is the embryonic first step, but over time we’ll see whole new systems develop to support this.”

In December, Steinberg attended a dinner for the Maxwell Award, which is presented to the top college football player in the country. Also at the dinner was Bryce Young, an incoming freshman at Alabama, where this fall he may take his turn as the school’s next telegenic star quarterback.

In the past, it would have been too early to make a marketing pitch. In the future, it might be too late.

“It’s starting to beg the question,” said Cameron Weiss, an agent for Dynamic Sports Group. “If we’re going to allow this at the college level, what about the high school level?”