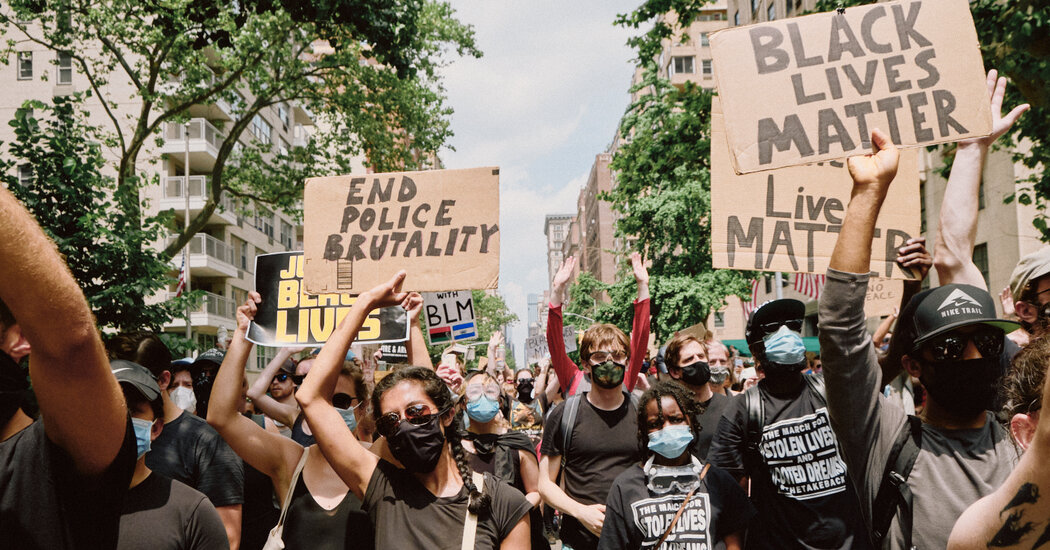 In a victory for police unions, a state Supreme Court judge said a law passed by the City Council is too vaguely worded.

In a victory for the city’s powerful police unions, a state Supreme Court judge struck down a city law banning police officers’ use of chokeholds and other physical restraints on Tuesday, saying the wording of the law was “unconstitutionally vague.”

The law, passed last summer, had been met with fierce resistance from police unions, who sued the city last fall over its passage. The language of the statute — which forbids officers from compressing a suspect’s diaphragm — was overly broad, the suit said, and made it nearly impossible for officers to physically engage suspects, even if the use of force was in good faith.

Justice Laurence L. Love agreed: “The phrase ‘compresses the diaphragm’ cannot be adequately defined as written,” he wrote in his ruling in State Supreme Court in Manhattan.

The judge encouraged the city to revise its law, and Mayor Bill de Blasio, at his daily news conference on Wednesday, urged lawmakers to move quickly to do so.

Hank Sheinkopf, a spokesman for the coalition of police unions that filed the suit, said that having such a vague standard hindered police officers from effectively doing their jobs. “That’s not only dangerous for cops — it’s bad for public safety,” he said. “This ruling makes clear that protecting the public and the ability of public safety civil servants to do their work are inseparable.”

The law had been part of a flurry of reforms that the City Council passed in the wake of widespread protests — including huge demonstrations in New York — following the death of George Floyd at the hands of Minneapolis police officers last summer.

The use of chokeholds by police officers is already a felony crime under New York State law and is against New York Police Department policy. The City Council law forbade broader methods of restraint, saying any application of pressure to a person’s neck or kneeling on a person’s back or torso could be prosecuted as a misdemeanor.

Nearly since its inception, the language of the law was the subject of controversy. Even advocates for police reform said it might have been too broad and would be difficult to hold up in court.

Cyrus R. Vance Jr., the Manhattan district attorney, said when the law passed that it would most likely be difficult to bring a case to court under the new statute. And the Staten Island district attorney, Michael McMahon, vowed not to prosecute officers who accidentally violated the law in the course of their jobs.

Facing criticism and a wave of shootings, some city lawmakers moved to revise the law last August, clarifying that the force had to be “recklessly” applied to be illegal, an effort that never made it to a vote.

Applauding the judge’s ruling on Tuesday, Edward D. Mullins, the head of the sergeant’s union, said in an email to members that it “sends a clear message to the City Council and the mayor that their anti-police policies will be challenged and defeated.”

But Justice Love did not completely side with the unions. He rejected their arguments that the city law was pre-empted by the state’s chokehold ban, saying that the unions had failed to show that the city law banned conduct permitted under state law or that it interfered with state regulations.

In his ruling, Justice Love acknowledged that the city and police department “have taken great pains to reduce the risks” of chokeholds by implementing new policies and training that restricts officers from sitting, kneeling or standing on the chest or back of a person under any circumstances.

“It is this court’s sincere hope that the New York City Council will revisit this issue to address this vital matter,” he said.

Mr. de Blasio said the best way to address the court’s concerns was to refine the law and pass an updated version quickly.

“The underlying concept of the law is to protect lives of people, to create fairness and justice,” he said. “We have to do that in the context, obviously, of also protecting public safety and making it clear that our officers need clear rules to do their jobs well.”