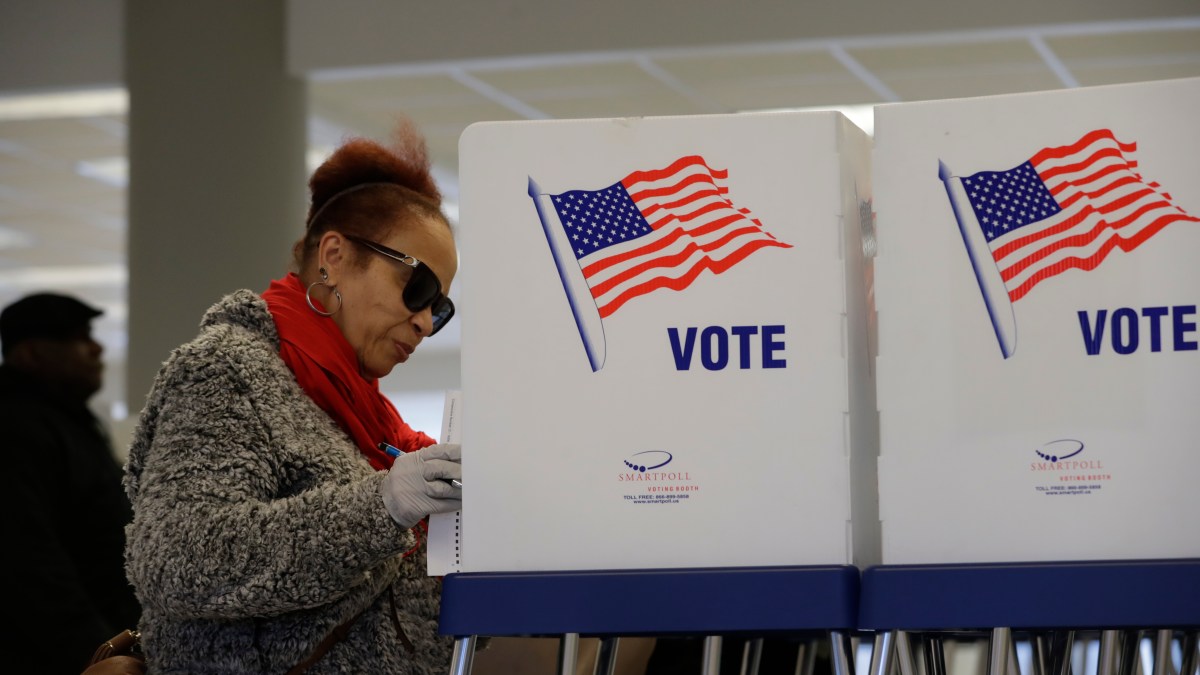 Nebraska is forging ahead with plans to hold the nation’s first in-person election in more than a month, despite health concerns about the coronavirus pandemic and allegations that political motivations are fueling opposition to an all-mail approach.

Barring an unexpected change, Nebraska’s primary will take place on May 12 — five weeks after Wisconsin held the last in-person balloting when courts sided with Republican legislators who pushed for that election to go forward.

Republicans who hold all statewide offices and control the Legislature have encouraged people to cast early, absentee ballots. However, they argue state law requires polling sites to be open and that it’s important for voters to have a choice for how they vote, even amid health concerns.

As Secretary of State Bob Evnen put it last month, “I don’t think Nebraskans are going to stay away from the polls or not vote because of a microbe.”

Gov. Pete Ricketts agreed, arguing that to do otherwise would “disenfranchise voters who want to go to the polls,” and noting that elections were previously held despite wars and pandemics.

Others, however, questioned the motives behind the decision to hold the first statewide election since Wisconsin’s much-criticized April 7 primary and expressed doubt voting could safely take place. Wisconsin health officials say more than 50 people who voted in person or worked the polls during the election have tested positive for COVID-19.

The primary will decide a Democratic contest to pick a nominee to face Republican Rep. Don Bacon in the Omaha area’s 2nd Congressional District, traditionally the only U.S. House seat in Nebraska where Democrats are competitive. Voters will also pick candidates in dozens of ostensibly nonpartisan legislative races, which could help determine whether Republicans gain a super-majority in the Legislature.

Nebraska Democrats have asserted for weeks that Republican leaders don’t want to hold an all-mail election because of concern it would help Democrats, especially in the urban areas of Omaha and Lincoln. Republicans have dismissed such claims, but Democrats point to statements by President Donald Trump who has said “you’d never have a Republican elected in this country again” if all states switched to vote-by-mail.

Jane Kleeb, chairwoman of the Nebraska Democratic Party, said Ricketts and the state GOP are concerned about any change that might boost Democratic turnout.

“The only reason I can see the governor not doing it is for political reasons,” she said. “The Republican playbook is always to suppress the vote. They know that when fewer people vote, they win elections.”

Sen. Steve Lathrop, an Omaha Democrat, also criticized the decision to hold a polling place election but said that with the primary only a couple of weeks away, it’s too late to change course now.

“Given the seriousness of the pandemic, we should have turned this into a vote-by-mail election,” Lathrop said.

An estimated 5,000 voters cast their ballots at one of five polling places open in Milwaukee, Wisconsin, with some waiting hours to vote and others turned away at the polls.

Officials plan to provide all poll workers with gloves, masks, hand sanitizer and wipes, and the state has purchased 50 additional ballot drop-off boxes for counties.

Still, the planned election concerns some public health officials who watched what happened in Wisconsin, where public health departments reported at least 19 people who voted or worked at the polls have tested positive for the coronavirus.

“If you’re asking me as a public health official whether this increases the risk of transmission, the answer is definitive — yes,” said Dr. Patrick Remington, director of the University of Wisconsin Madison’s Preventative Medicine Residency Program. “That is a scientific fact, no matter how much protective equipment people wear.”

Still, even some voting-rights advocates say they understand the difficulty of shifting to all-mail voting.

State Sen. Adam Morfeld, a Democrat from Lincoln, said Nebraska “doesn’t have the mechanisms in place” for vote-by-mail.

And Westin Miller, public policy director of Civic Nebraska, a group that advocates for statewide voting-by-mail, said the state doesn’t have notification or tracking technology to let voters know whether their ballot has been sent, received or counted. That could lead to ballots getting rejected without voters realizing it and undermining public confidence in voting by mail, he said.

“As a vote-by-mail advocate, the worst thing that could happen is for our first vote-by-mail election not to go well,” Miller said. “I want it to go as smoothly as possible.”

More than 300,000 Nebraskans have requested absentee ballots, a level Evnen described as “unprecedented.” Given that, officials are predicting among the highest turnouts ever for a Nebraska primary.

What’s less clear is whether enough workers will show up to operate voting sites.

Nebraska has 1,240 precincts statewide but some will be merged into one location to protect vulnerable residents, said Cindi Allen, a spokeswoman for Evnen. For instance, a polling site normally located in an assisted living facility will likely get moved to another voting site with adequate space, such as a high school gym. Allen said counties will decide.

Janice Walker, 73, of Lincoln, said she still plans to work at the polls but hopes for low in-person turnout and that people “use their heads and vote by mail.”

“If we have a nice, slow, boring day, that will be good for me,” she said. “It’s not a good situation for the workers.”

Watch as protesters arrived and congregated at the state Capitol in Sacramento, Calif.

Martha Brown, 83, of Lincoln, said she hasn’t yet decided whether to work at the polls as she has done for more than a decade, partly out of concern for her health and partly because she doesn’t want to end up having to enforce social-distancing requirements.