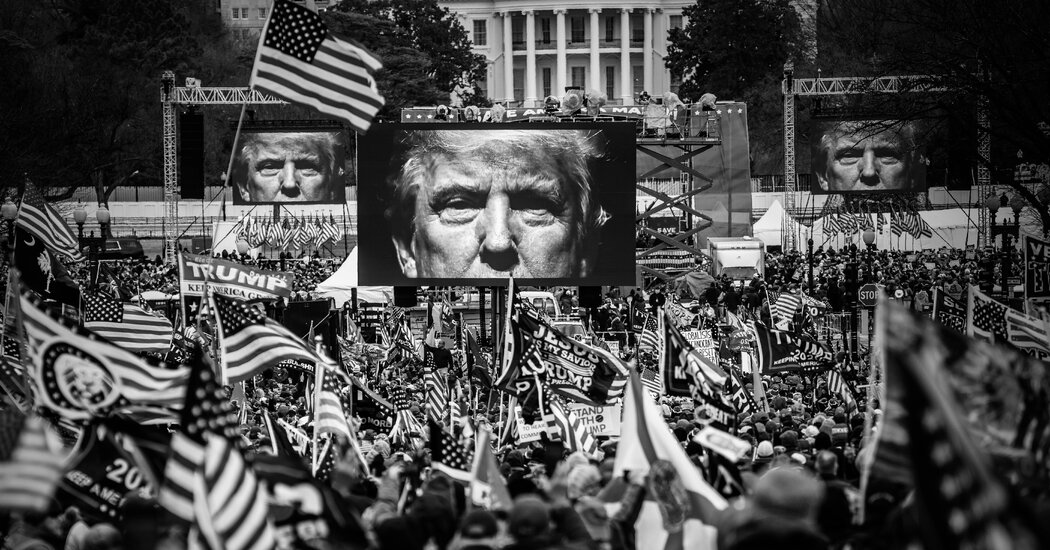 Unless you happen to be a proud sadist, intentional cruelty is something that other people do. When Hamlet said he had to be cruel to be kind, he presented it as a grim necessity. But in our modern age, inhumane treatment more typically implies something gratuitous, in excess of whatever a situation demands — punishment that’s cruel and unusual, cruelty as grounds for divorce.

It’s a term that generally carries its own indictment, which is partly why a book by the journalist Adam Serwer, “The Cruelty Is the Point,” struck a nerve when it was published last summer. The book collected Serwer’s essays for The Atlantic on Trump’s America, and while plenty of readers were drawn to his argument that cruelty had become the core element of Trumpism — whose single point of coherence seemed to be “owning the libs” — it triggered other reactions, too.

There was, of course, the defensiveness of Trump’s supporters, who were at pains to insist that despite the elaborate insults and bullying invective, Trump meant no harm to anyone. And then there were the accusations of rank hypocrisy. Liberals could also be cruel — though Serwer admitted as much himself, condemning President Obama’s record number of deportations, calling it a reminder of how “the smiling face of liberalism” could mask a technocratic ruthlessness; Obama, he writes, had “erroneously believed” that harsh enforcement could mollify Republicans into working with him on immigration reform. Still, Serwer argues that there’s a difference between a byproduct and an organizing principle — between cruelty as fallout and cruelty for its own sake.

For any Americans who had been idealistic about their country’s idealism, it was this — an almost festive belligerence — that made Trumpism feel new. But Serwer describes Trumpism as an eruption of something very old in American politics — a long history of white supremacy that has nourished itself on others’ misery. He sees a connection between the gleeful crowds at Trump’s rallies, cheering on calls to violence, with the white people grinning beside mutilated Black victims in lynching photos. In both cases it is a cruelty that binds a community; it laughs and rejoices, unburdened by expressions of guilt.

But cruelty can also be furtive and insidious. Other recent books join a long tradition of thinking about the suffering caused not only by malice but also by indifference, or by convenience, or even by ostensibly good intentions. They describe the kind of cruelty that alienates and isolates, gliding along the rails of obliviousness, or hidden by feelings of shame.

In “Humane,” the historian Samuel Moyn argues that attempts to make wars less brutal have made it easier for Americans to countenance the institution of warfare, instead of trying to abolish it. With “precision” drone strikes, for instance, the distribution of casualties and risks is extremely — even grotesquely — unequal. Assassination by remote control transforms its target into an abstraction, and can consequently seem more sinister than ordinary combat. (“Less bestial, but more satanic,” was how the writer Larissa MacFarquhar put it.) Recent Times reports about secret American drone strikes that “repeatedly” killed innocent civilians brings to mind what the philosopher Judith Shklar once called the “pure, unalloyed cruelty” of the protected attacking the helpless.

Shklar’s book “Ordinary Vices” (1984) is a central if controversial text on this subject. She wrote that to live in anticipation of physical harm is to live in fear, and “fear destroys freedom.” The liberal politics she proposed emphasized toleration and skepticism; Shklar didn’t offer a doctrine on how people should live, but her preferred liberal order would treat cruelty as “the worst thing we do” — impossible to eradicate, she admitted, but essential to minimize. Borrowing from Shklar and from Elaine Scarry’s “The Body in Pain,” the philosopher Richard Rorty’s “Contingency, Irony, and Solidarity” (1989) envisioned a utopia where everyone would develop “the imaginative ability to see strange people as fellow sufferers.”

It’s an appealing idea, though it sounds awfully quaint at the moment, when the suffering caused by 800,000 Covid deaths is still met by some Americans with a shrug. And there are any number of liberals who find cruelty disturbing but also expedient; an ugly thing to be outsourced, to be pushed out of sight while its persistence is tacitly accepted.

“Since the winter of 2020, our collective reliance on invisible workers who help keep society running has been glaringly exposed,” Eyal Press writes in his new book, “Dirty Work.” Press explores the kinds of labor that we consider so “essential” to the prevailing social order that we’re willing to tolerate the suffering they require — as long as it’s somebody else’s job to take care of it. Operating a drone, for instance, or working in a slaughterhouse or a prison. He introduces us to people whose jobs often entail causing harm, and who are often stigmatized in turn. In addition to the “moral injury” they often bear — the anguish of carrying out orders that violate their core sense of self — Press’s subjects describe feeling trapped between needing their jobs and feeling defiled by them. To the people and animals they harm or even kill, these workers are clearly perpetrators; but by pulling back the lens to include a wider field of vision, Press tries to show how these workers are victims, too.

For Susan Sontag, keeping in mind this larger context was essential. In “Regarding the Pain of Others,” published in 2003, a year before she died, Sontag reflected on photographs of atrocities. Such images don’t necessarily expand sympathies; they can also serve to quicken hatreds. A single picture can elicit a variety of responses, she wrote, depending on who’s doing the looking and what that person sees: “A call for peace. A cry for revenge. Or simply the bemused awareness, continually restocked by photographic information, that terrible things happen.” Harrowing photos don’t always help us to make sense of things. “Narratives can make us understand,” Sontag continued. “Photographs do something else. They haunt us.”

Narrative can fill in what an image leaves out: history, politics, an awareness of how power works. But narrative can distort, too. People who want to excuse cruelty often try to explain it away by telling a story about victims, painting them not as vulnerable but as powerful — a conniving immigrant taking advantage of the country, instead of a desperate parent being separated from her child.

A divided country can’t seem to agree on an understanding of the present, much less the past. Serwer’s book was written in response to Trump, but much of it is given over to American history, to those “dark currents” that allowed Trump to flourish. “The Cruelty Is the Point” implies that real hope lies not in a sunny nostalgia for American greatness but in seeing this history plain — in all of its brutality, unadorned by euphemism.

I’m reminded of a line from Sontag, who parsed the limitations of “atrocious images” while also granting their “vital function”: “This is what human beings are capable of doing — may volunteer to do, enthusiastically, self-righteously. Don’t forget.”