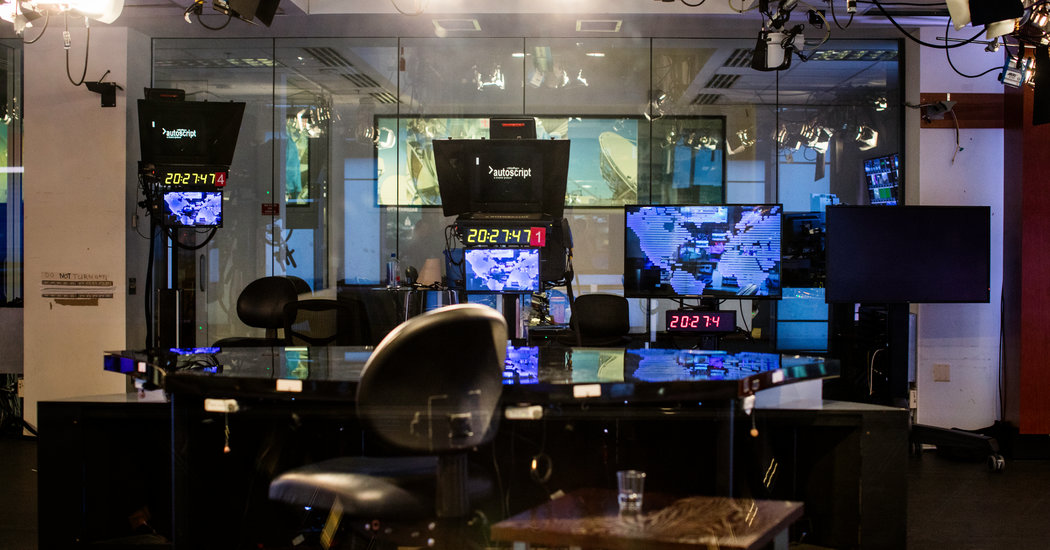 Founded in 1942, the Voice of America was never meant to be a megaphone for the American government. The concept was the opposite: A federally funded broadcaster would showcase American values around the world by offering unbiased news and a true picture of American life. That mission is enshrined in what the V.O.A. calls its “firewall,” which “prohibits interference by any U.S. government official in the objective, independent reporting of news.”

So it’s worrisome that the Senate confirmation of the Trump administration’s pick to head the V.O.A. and several allied broadcasters was followed by the resignations of the two top V.O.A. executives, both experienced, respected and independent journalists.

The people who listen to the news service around the world — more than 280 million in 40 languages and on every media platform — are, for the most part, people who can’t abide the propaganda of their rulers and turn to the world’s premier democracy to hear the truth. If they thought V.O.A. was also feeding them propaganda, they’d change the station, and probably their image of the United States.

The value of such journalism should be self-evident to any believer in the value of a free press. It is not to President Trump nor to his erstwhile strategist Stephen K. Bannon. It was Mr. Bannon, then head of the far-right website Breitbart, who more than two years ago tried to put his man, Michael Pack, at the helm of V.O.A. But the Senate Foreign Relations Committee, first under Bob Corker, a Tennessee Republican and Trump critic, and then under the more Trump-friendly Jim Risch of Idaho, was in no rush to confirm Mr. Pack until something prodded Mr. Trump to launch an attack on V.O.A. two months ago.

In its evening newsletter then, the White House blasted the service under the headline “Amid a Pandemic, Voice of America Spends Your Money to Promote Foreign Propaganda.” The crime, as described by Dan Scavino, Mr. Trump’s social media director, was positive reports on how China had handled its coronavirus outbreak. Mr. Trump promptly picked up the chorus. “If you heard what’s coming out of the Voice of America, it’s disgusting,” he told a White House news briefing on April 15. “What things they say are disgusting toward our country. And Michael Pack would get in and do a great job.”

What evidently rankled the White House was a clip showing people celebrating the lifting of the lockdown in Wuhan, which accompanied a straightforward account by The Associated Press. V.O.A. officials were dumbfounded. “It just came out of the blue,” said Amanda Bennett, a Pulitzer Prize-winning veteran of Bloomberg News, The Wall Street Journal and The Philadelphia Inquirer, who announced her resignation Monday as director of the V.O.A. The deputy director, Sandy Sugawara, formerly of The Washington Post and United Press International, also resigned.

Ms. Bennett and Ms. Sugawara did not link their departures to the long-delayed confirmation of Mr. Pack, who becomes head of the U.S. Agency for Global Media, the parent organization of the V.O.A., Radio Free Europe/Radio Liberty and some regional foreign broadcasters. In her farewell message, Ms. Bennett assured V.O.A. staffers that “Michael Pack swore before Congress to respect and honor the firewall that guarantees V.O.A.’s independence, which in turn plays the single most important role in the stunning trust our audiences around the world have in us.”

It may be that Mr. Pack will respect the firewall he is sworn to maintain. His past is patchy — he hired Mr. Bannon, an icon of the alt-right, as a consultant on two documentaries, including one about Adm. Hyman Rickover. He is also under investigation by the District of Columbia attorney general for possibly channeling money from a nonprofit group he oversees to his for-profit film production company. And he was confirmed along party lines. Before that, he had worked at the Corporation for Public Broadcasting and the National Council on the Humanities and served as president of the conservative Claremont Institute.

None of that confirms that if left to his own judgment, Mr. Pack would do Mr. Trump’s or Mr. Bannon’s bidding, especially if it meant flouting the V.O.A.’s legally mandated independence. What is certain, given Mr. Trump’s record and his statements about V.O.A., is that this is what the administration expects and will forcefully demand. Mr. Trump wants a bullhorn, not a diplomatic instrument, and he insists on loyalty.

The specter of turning V.O.A. into a propaganda tool of the White House should be frightening to all Americans, regardless of political leanings. America’s image abroad has already been battered under this administration, making an independent global broadcaster all the more essential as a voice of the integrity and fairness that are still at the core of American values.

The responsibility of the senators who confirmed Mr. Pack is not over. It is their duty to ensure that he does not violate the oath he took.