More than half of cases are in New York and Boston, a common destination for Ecuadorians, Brazilians and Haitians


The average time for U.S. immigration cases to be resolved is nearly four years. But that’s not the mandate in Francisco Prieto’s courtroom.

The New York judge must attempt to rule within 300 days on dozens of cases he hears daily from families that just entered the country. The migrants are being sent to the front of the line with the idea that others will be less likely to migrate knowing a backlog of more than 1.4 million cases will no longer buy them a few years in the United States even if they lose.

Nearly six months ago, the Biden administration established a “dedicated docket” for families, many seeking asylum, in Prieto’s city and 10 others, including Boston, San Francisco, Miami and El Paso, Texas. It is a modest step aimed at bringing order to the southern border, where authorities this year have faced unusually high numbers of migrant arrivals, including nearly 15,000, mostly Haitians, who camped under a bridge in the small border town of Del Rio, Texas, in September.

Roughly 35 of the country’s more than 530 immigration judges are assigned to the new docket, according to the most recent data provided by the Executive Office for Immigration Review, which oversees federal immigration courts. Many juggle the duties on top of their normal caseloads. 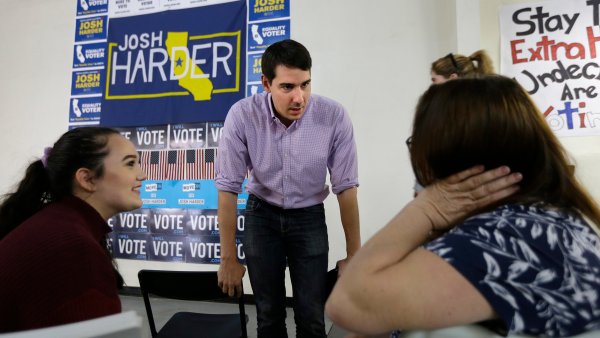 While it’s still early, the effort has made progress: As of mid-September, it was handling nearly 16,000 cases, and more than 100 had received at least an initial decision, according to the agency. It declined to provide more details.

Still, the numbers barely make a dent: Tens of thousands of migrants are released into the country each month, with orders to report to immigration authorities later.

The expedited docket also faces some of the same challenges and complaints as similar efforts under Biden’s two predecessors.

Critics say it rushes the complex work of building asylum cases, making it nearly impossible for migrants to have a fair shot, especially if they can’t secure an attorney in time. Judges follow the same procedures applied in other immigration cases but on a shorter timeline.

During the Obama and Trump administrations, most families that went through similar fast-track dockets lacked legal representation and were ultimately ordered removed from the country, according to the Migration Policy Institute, a D.C. think tank.

Prieto, the New York judge, is among those handling the most cases under the new docket, with more than 1,600 assigned to him by the end of August, according to the transactional Records Access Clearinghouse, or TRAC, at Syracuse University.

One day last month, the Trump appointee urged families to find a low- or no-cost attorney on a government referral list. Some said no one answers the phone when they call, or they are told they can’t be helped. Prieto told them to persist before he set new court dates.

Many families had immediate concerns: trouble with their ankle monitors or with rules confining them to their homes one day a week. Joselyn Margarita Aguilar, who appeared with her young daughter, can’t leave her house on Fridays.

“I found a job and I lost it because I was told I can’t miss Fridays at work,” the Honduran woman told the judge. “I need more time (to find an attorney) because I don’t have a job and I can’t pay.”

An unusually large number of cases got postponed because the court didn’t receive hearing notices from the Homeland Security Department. Prieto told families to wait for another notice.

Creole interpreters were connected by phone for Haitian migrants. One family’s hearing was delayed due to technical difficulties. Their child ran around the courtroom while they waited, crying loudly when his fingers got caught in a swinging door.

Another woman from Ecuador who arrived with her husband and two children, one in a stroller, asked for a work permit. Prieto told her to discuss it with an attorney.

More than half of cases are in New York and Boston, a common destination for Ecuadorians, Brazilians and Haitians.

The Justice Department, which oversees immigration courts, has said it chose the 11 cities involved not just because they’re where most recent arrivals are settling, but because they have established legal service providers and available judges.

In Boston, which was added to the program relatively recently, one judge had the most cases on the new docket of any in the country, at least through August. Mario Sturla had 3,178 cases assigned to him, on top of the nearly 4,000 others he was handling, according to TRAC.

One October afternoon, almost all of the roughly 20 cases before the Obama appointee were Brazilians, mostly parents with young children. The judge was courteous as families spoke through interpreters and juggled restless, sometimes crying children.

Few had lawyers. A 24-year-old woman from Cuenca, Ecuador, who asked to be identified by first name only for safety reasons, didn’t know what to expect. The judge told her to return with an attorney in March.

“I was nervous, fearful, worried about what was going to happen,” said Angie, who fled with a 4-year-old daughter and year-old son, citing threats of being forced into prostitution. “I’m better now. The judge seemed nice. He was very calm. But we’ll see.”

She and her kids crossed the border in San Diego in August and have settled temporarily with an uncle in Worcester, Massachusetts.

“The truth is, I am very afraid that they will return us to our country, and I do not know what will happen to us there,” she said.

The fast-track docket is part of Biden’s “humane” asylum system, which has included few other detailed plans, save for a proposal to use asylum officers at the border to decide cases instead of judges.

He noted the Justice Department is working to provide families “legal orientation services” and referrals to pro bono lawyers — an improvement over prior “rocket docket” efforts.

“The goal of this process is to ensure that individuals who merit protection do not have to wait for years to get it, and that those who are ineligible for protection are quickly returned to their countries,” Mayorkas said.

Theresa Cardinal Brown, a managing director at the Bipartisan Policy Center, said she’s skeptical unless the effort gets more resources.

“You’re still asking immigration judges who have a regular docket to also do this,” said Brown, who recommends new positions to fund border courts that would aim to decide cases in six months. “You haven’t expanded capacity at all.”

Neptali Chiluisa, 47, crossed the border in June in Arizona and was detained for a week with his 14-year-old son, leaving behind his wife and three other children in Ecuador. The son returned in August because Chiluisa had to work and couldn’t find a nearby school with space.

Chiluisa, who rents a room for $800 in a Bronx apartment he shares with other Ecuadorian families, was a boiler specialist for the army and found a similar job at New York construction sites. He acknowledges coming for economic reasons and wonders if he has any options for temporary legal status.

“The U.S. needs workers, so policies should be less harsh with us,” he said. “We come to work.”

A judge told him last month to return to court in November.

Marcelo reported from Boston and Spagat from San Diego.