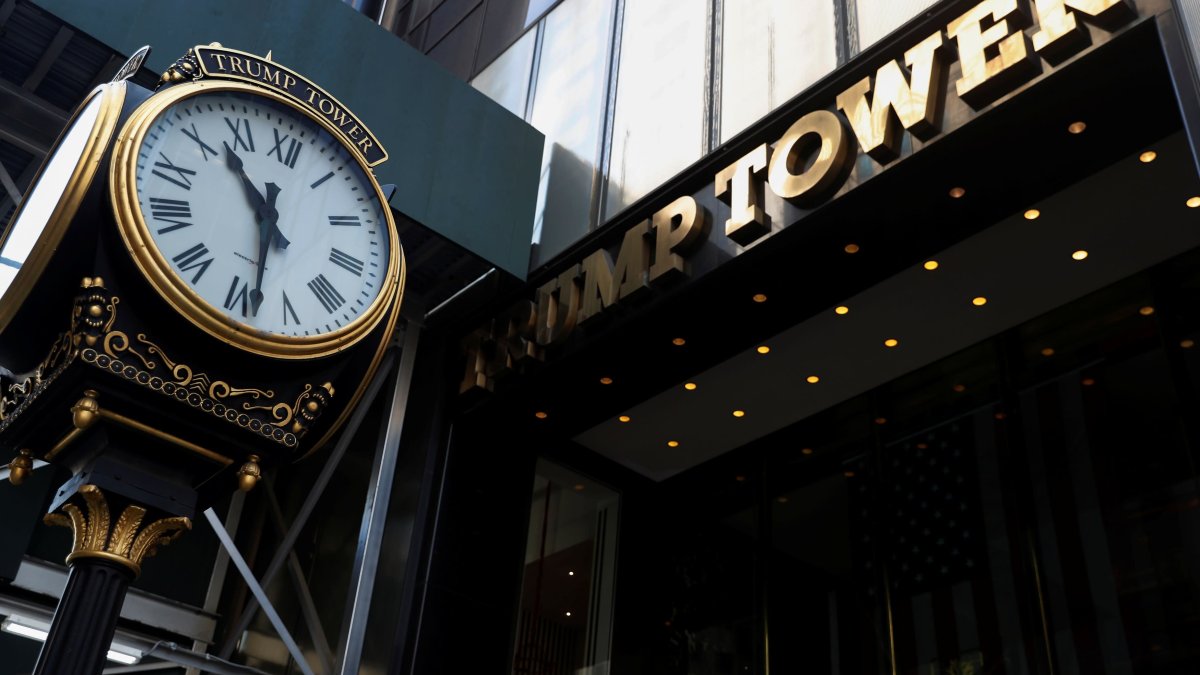 The development comes as the district attorney weighs whether to seek more indictments in a case that has already resulted in tax fraud charges against Trump’s company, the Trump Organization, and longtime CFO Allen Weisselberg


A second grand jury has been empaneled in the investigation led by the Manhattan district attorney and New York attorney general into former President Donald Trump and his business, two people familiar with the matter told NBC News.

The latest grand jury will hear evidence in the probe, and comes after the first grand jury’s time to serve expired, sources said.

The development comes as Manhattan District Attorney Cy Vance Jr. is weighing whether to seek more indictments in a case that has already resulted in tax fraud charges against Trump’s company, the Trump Organization, and its longtime CFO Allen Weisselberg.

Trump himself remains under investigation after Vance led a multi-year fight to get access to the Republican’s tax records. The news of the new grand jury was first reported by The Washington Post.

The Manhattan DA’s office declined to comment. A message seeking a comment was left with a Trump Organization lawyer.

Investigators working for Vance and New York Attorney General Letitia James have spent more than two years looking at whether the Trump Organization misled banks or tax officials about the value of the company’s assets, inflating them to gain favorable loan terms or minimizing them to reap tax savings.

As part of a continuing civil investigation, James’ office issued subpoenas to local governments in November 2019 for records pertaining to Trump’s estate north of Manhattan, Seven Springs, and a tax benefit Trump received for placing land into a conservation trust. Vance issued subpoenas about a year ago seeking many of the same records.

James’ office has also been looking at similar issues relating to a Trump office building in New York City, a hotel in Chicago and a golf course near Los Angeles. Her office also won a series of court rulings forcing Trump’s company and a law firm it hired to turn over troves of records.

The New York Times reported last month that Westchester District Attorney Mimi Rocah had opened an investigation into whether the Trump Organization misled officials to cut taxes for a golf course.

In the criminal case, Weisselberg has pleaded not guilty to charges he collected more than $1.7 million in off-the-books compensation, including apartment rent, car payments and school tuition. Trump’s company was also charged in the case, which prosecutors have described as a “sweeping and audacious” tax fraud scheme.

Prosecutors have also been weighing whether to seek charges against the company’s chief operating officer Matthew Calamari Sr.

According to the indictment, from 2005 through this year, the Trump Organization and Weisselberg, 74, cheated tax authorities by conspiring to pay senior executives off the books by way of lucrative fringe benefits and other means. Weisselberg alone was accused of defrauding the federal, state and city governments out of more than $900,000 in unpaid taxes and undeserved tax refunds.

Trump himself was not charged with any wrongdoing, but prosecutors noted he signed some of the checks at the center of the case.

In recent months, a pair of Trump Organization executives testified before the grand jury hearing evidence in the Manhattan case. Under New York law, grand jury witnesses are granted immunity and cannot be charged for conduct they testify about.

One of the Trump executives granted immunity to testify before the grand jury is the company’s director of security, Matthew Calamari Jr., the son of Matthew Calamari Sr. The other, senior vice president and controller, Jeffrey McConney, was first subpoenaed to testify in the spring and appeared before the panel again in September.

At a September hearing, Weisselberg lawyer Bryan Scarlatos told a judge he had “strong reason to believe” more indictments were coming in the case.

Criminal tax charges could come against the Trump Organization as soon as next week, according to a Trump defense lawyer. NBC New York’s Jonathan Dienst reports.

The grand jury that returned the Weisselberg and Trump Organization indictments was empaneled in the spring for a six-month term. The new grand jury will also meet for six months, overlapping the start of Alvin Bragg’s tenure as district attorney.

Bragg, a Democrat, won Tuesday’s election and will take over in January for Vance, who is retiring.

As a top deputy to New York’s attorney general in 2018, Bragg helped oversee a lawsuit that led to the closure of Trump’s charitable foundation over allegations that he used the nonprofit to further his political and business interests.

In the race for Manhattan district attorney, the Democratic candidate (and heavy favorite) is a veteran prosecutor and a progressive who is calling for more justice reforms. His opponent is a moderate Republican, focused on more traditional crime-fighting strategies. NBC New York’s Jonathan Dienst spoke to both candidates to get their views on how best to keep the city safe.

In an interview prior to his election, Bragg told The Associated Press his prior experience handling mortgage fraud, money laundering and other white-collar investigations made him feel “very equipped to follow the facts wherever they go” in the Trump criminal probe.

“I remember the moment sitting around the table with the attorney general deciding to file the case and the ultimate question was, ‘is this a matter that we would file if it were someone else,’” Bragg said.

“And we arrived with the answer that yes, this was the kind of conduct that was worthy of an attorney general action. It’s that same philosophy and approach that I’ll take to the D.A.’s office,” he said.