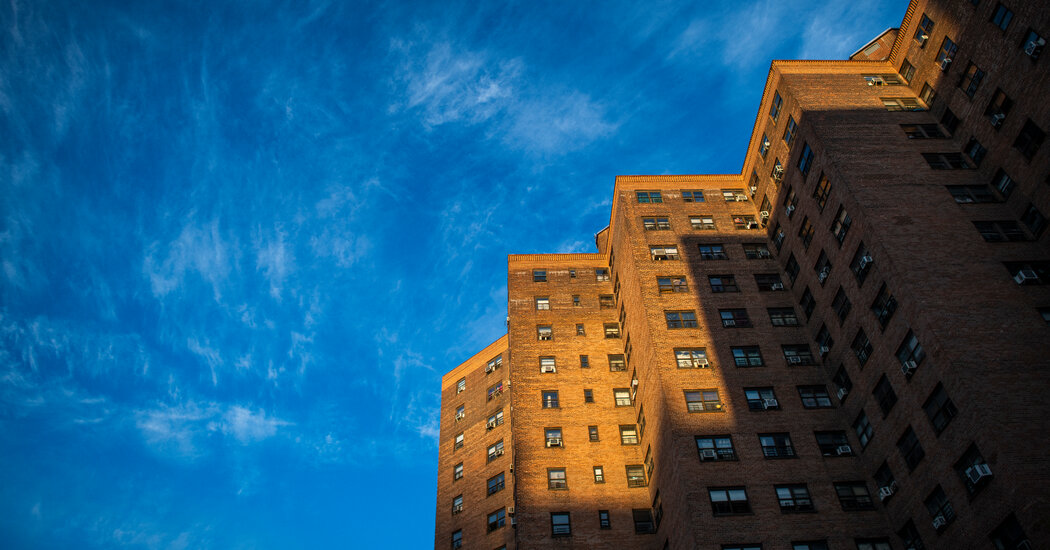 New York City’s leaders have been vexed for decades by a problem that has helped turn the city into a worldwide symbol of inequality: As years of prosperity gave rise to soaring luxury apartment towers, public housing crumbled and affordable neighborhoods vanished.

The current mayor, Bill de Blasio, had made addressing the city’s housing crisis an imperative during his tenure. But now, the Democratic candidates vying to succeed him next year are confronting a crisis that may be even more severe as a result of the pandemic.

All the leading candidates agree that housing is a top issue with huge implications for New York’s future, and each has offered a sweeping plan to tackle the problem. While their proposals overlap in many ways — every contender wants to spend more on public housing, for example — the candidates differ in the solutions and strategies they emphasize most.

Kathryn Garcia, a former sanitation commissioner, and Raymond J. McGuire, a former Wall Street executive, have made the creation of tens of thousands of new homes for the poorest New Yorkers a top objective. Maya Wiley, a civil rights lawyer and former counsel to Mr. de Blasio, and Shaun Donovan, a former housing secretary under President Barack Obama and a onetime city housing commissioner, say they would steer hundreds of millions of dollars to struggling renters to help keep them in their homes.

Scott M. Stringer, the city comptroller, is taking aim at private developers by calling for a hefty increase in the number of affordable units the city requires in big new residential buildings. Eric Adams, the Brooklyn borough president, wants wealthy neighborhoods to make way for more affordable units. Andrew Yang, a former presidential candidate, and Dianne Morales, a former nonprofit executive, have keyed in on converting hotels to housing.

Many of the plans face steep political and financial hurdles. But experts and housing advocates say that a failure by the next mayor to address the crisis in a meaningful way could jeopardize New York’s cultural fabric and stunt its economic comeback by making the city even more unaffordable for low-wage workers and residents of color.

“If we want to see New York City actually recover, start with housing,” said Annetta Seecharran, the executive director of the Chhaya Community Development Corporation, a nonprofit group based in Jackson Heights, Queens, that advocates the creation of affordable housing. “If we don’t do housing, we’ll be spinning our wheels for decades.”

By several measures, the situation is dire. Even before the pandemic, about half of the city’s households spent more than 30 percent of their income on rent, according to an analysis by New York University’s Furman Center. The New York City Housing Authority — the largest public housing entity in the United States, with more than 400,000 tenants — estimates that it needs $40 billion to fix leaky roofs, dilapidated heating systems and other problems.

The pandemic has added a troubling layer of uncertainty. Federal aid is on the way, and a moratorium on evictions is in place. But renters’ arrears have risen to hundreds of millions of dollars. Despite the moratorium, landlords have been allowed to file new cases that could lead to the eviction of tens of thousands of residents — particularly in Black and Latino neighborhoods — once the moratorium ends. A spike in homelessness could follow.

The winner of the Democratic primary is almost certain to become the city’s next mayor. And while the leading candidates have indicated with their plans that they would build on Mr. de Blasio’s strategies, they have also criticized the mayor, implicitly and explicitly, for not providing enough financial support to the poorest New Yorkers.

In a report released this year, the Community Service Society, an anti-poverty group, said Mr. de Blasio’s administration had significantly expanded investment in affordable housing. But most of the efforts, the group found, were directed toward those who earned at least $53,700 for a family of three, equivalent to half of the area’s median income — when the need was greatest among those who earned less.

Ms. Garcia said that she would borrow and use state incentives and federal money to help build or preserve 50,000 rent-stabilized housing units that would be affordable to people making less than half the area’s median income, as well as 10,000 housing units that incorporated social services for homeless people. She did not offer a price for her plan, but the money would be used to build new apartments, buy existing buildings, or offer subsidies and incentives to nonprofit or private developers.

Mr. McGuire said he would borrow $2.5 billion a year over eight years, which would help finance the construction of more than 350,000 housing units. Most of that money would be earmarked for subsidies and incentives for developers to include rent-stabilized units in mixed-income developments that are affordable to those making less than half the median income. He said he would spend up to $500 million to create about 3,000 affordable units for older people with little income.

“It is a departure from what we have built for the past few years,” he said.

Mr. Yang and Mr. Donovan said they would spend billions of dollars a year to build or preserve 30,000 units meant for families in a range of incomes.

Ms. Wiley is focused on distributing more than $1.5 billion in subsidies to New Yorkers who make less than half the median income to ensure they do not pay more than 30 percent of their income in rent. Initially, she said, federal coronavirus aid would cover the subsidies.

She said the program would help keep people from becoming homeless, freeing up money that would have gone to shelters to finance the subsidies instead.

Mr. Donovan has proposed something similar, a rental-assistance program that he said could be paid for partly with $330 million that would otherwise be spent on shelters.

“Although building allows you to provide affordable housing, solving the affordability crisis has more to do with income and rent subsidy than development,” he said.

Mr. Adams said he planned to raise $8 billion for NYCHA by selling the so-called air rights for some of its properties to private developers, something the authority has already begun to explore.

Ms. Garcia said she would push state officials for approval of a complex authority plan that could raise $18 billion to $25 billion, in part by letting a new public benefit corporation manage some buildings. Mr. Yang said he also supported the creation of the new corporation, which could potentially tap into federal funding.

Some residents and activists have argued against the plan, asserting that it could open public housing to the influence of private investors at the expense of tenants.

Ms. Morales said she would reject the plan, which she characterized as the “privatization of NYCHA,” and would seek state and federal aid instead.

Several Democratic candidates said the rules governing development in the city should be overhauled.

Mr. Stringer has proposed that every new development with more than 10 units permanently set aside 25 percent of those units for low-income tenants. The proposal would expand the requirements placed on private developers substantially. But the real estate lobby would most likely fight it aggressively, arguing that without significant subsidies from the government, such buildings could reduce profits and thus any incentive to build.

“The big real estate developers hate this plan,” Mr. Stringer said. “For me, that’s a badge of honor.”

Ms. Garcia, Mr. Yang, Mr. McGuire and Mr. Donovan have said they would move to rezone wealthier neighborhoods and those with more public transit options to accommodate additional affordable housing units. Such a strategy could touch off the kind of fierce local opposition that has torpedoed similar initiatives in the past. Mr. Adams said he would push for wide swaths of Midtown Manhattan, from 42nd Street to 14th Street and from Ninth Avenue to Park Avenue, to be rezoned for more affordable housing.

“It is the job of the next mayor to break through the bureaucracy and cynicism to deliver the affordable housing needed to sustain our city,” Mr. Adams said.

A core piece of Mr. Yang’s plan involves converting closed hotels and office buildings left unused because of the pandemic into 25,000 units of affordable housing by 2025, with building owners getting grants whose size is tied to how affordable the rents are.

“The system is broken, and we need a new way of delivering affordable housing to New Yorkers,” he said.

Mr. Adams and Ms. Wiley have also proposed converting hotels and unused offices, and Ms. Morales said she would specifically seek to convert the hotels into housing for 100,000 homeless youth and their families. She did not say how she would pay for it.