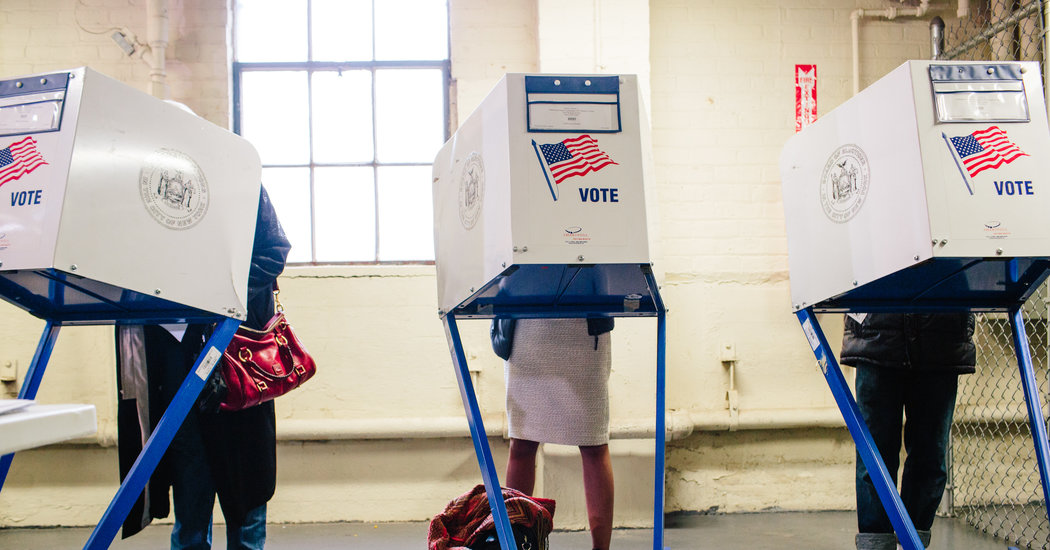 A federal judge on Tuesday ordered elections officials in New York State to hold its Democratic primary election in June and reinstate all qualifying candidates on the ballot. The ruling came after the presidential primary was canceled late last month over concerns about the coronavirus.

The order, filed by Judge Analisa Torres of United States District Court, came in response to a lawsuit filed last week by the former Democratic presidential candidate Andrew Yang. He sought to undo the New York State Board of Elections’ decision in late April to cancel the June 23 contest, a move it attributed to health and safety worries and the fact that the results would not change the primary’s outcome.

On Tuesday night, Douglas A. Kellner, a co-chair of the New York Board of Elections, said the board was “reviewing the decision and preparing an appeal.” And speaking on CNN, Gov. Andrew M. Cuomo said the presidential primary would proceed per the court’s ruling at least for the time being, but he noted the potential for an appeal.

Mr. Yang said in a statement on Twitter that he was “glad that a federal judge agreed that depriving millions of New Yorkers of the right to vote was wrong,” and he urged state elections officials to safeguard democracy.

The initial move to cancel the presidential primary drew a backlash from the campaign of Senator Bernie Sanders, whose decision to suspend his campaign in April made former Vice President Joseph R. Biden Jr. the presumptive Democratic nominee.

And it sowed confusion around the state; though the statewide presidential primary was canceled, dozens of local elections were not, leaving some candidates and political operatives nervous that voters might presume the entire primary had been called off.

Mr. Sanders’s campaign manager, Faiz Shakir, said in a statement on Tuesday: “We’re glad Judge Torres has restored basic democracy in New York. People in every state should have the right to express their preference in the 2020 Democratic primary. We have confidence that New York can hold elections in June in a safe manner that preserves New Yorkers’ right to vote.”

In his lawsuit, Mr. Yang and a group of his delegates contended that their rights had been violated when their names were removed from the presidential primary ballot and the primary was canceled. In her ruling, the judge found this to be true, and said Mr. Yang and other candidates whose names were purged from the ballot had shown that they had been caused “irreparable injury.”

Neither Mr. Yang nor Mr. Sanders had “taken formal action” to remove himself from the ballot, the judge added. And although she acknowledged that protecting the public from the spread of the virus was “an important state interest,” she wrote that “the Court is not convinced that canceling the presidential primary would meaningfully advance that interest — at least not to the degree as would justify the burdensome impingement” on the plaintiffs’ rights.

Even though he suspended his campaign, Mr. Sanders had repeatedly pleaded for his supporters to vote for him, arguing that the more delegates he could amass, the greater leverage he would have over policy discussions with Mr. Biden and the Democratic platform.

But progressives around New York also sounded the alarm that canceling the presidential primary could have an outsize impact on their turnout. The presence of Mr. Sanders, a galvanizing force for progressives around the country, on top of the ticket was likely to drive more turnout for down-ballot races, they said.

Jeff Weaver, who served as a senior adviser on the Sanders campaign, said he was “overjoyed” at the judge’s decision and said the Sanders legal team had coordinated with Mr. Yang’s legal team.

He also called for the State Legislature in New York to meet and pass a new law vastly expanding vote-by-mail, and to use the primary as a “testing ground for an all-vote-by-mail system in New York State.”

Though the initial decision was made by the independent Board of Elections, and Mr. Cuomo did not directly weigh in during deliberations, liberal groups like Our Revolution, a Sanders-aligned outside group, saw the invisible hand of the governor. Absent the reversal, Larry Cohen, the chair of Our Revolution, had vowed to wage a floor fight at the Democratic National Convention.

“Andrew Cuomo did his best to deny Sanders and other delegates the right to represent their party as the party rules require,” Mr. Cohen said. “Congratulations Andrew Yang for standing with us and winning for all of us. Vote-by-mail is the answer to the pandemic, not voter suppression.”

Jay Jacobs, the chairman of the New York State Democratic Party, said he still believed it was a “mistake” to hold a statewide presidential primary, but said it was out of the state party’s control.