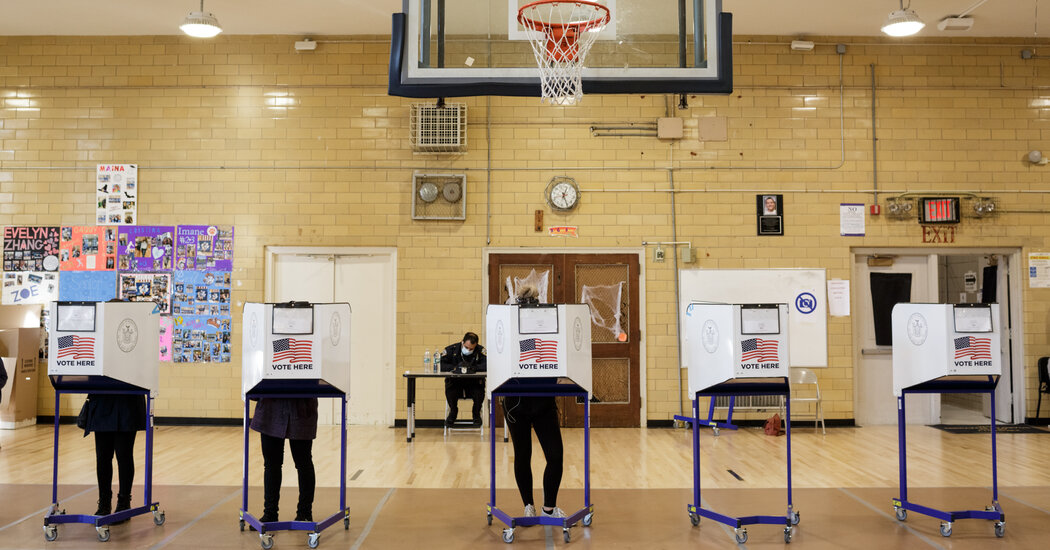 Starting next year, 800,000 legal permanent residents will be eligible to vote in municipal elections.

Mayor Eric Adams, setting aside prior misgivings, allowed a bill that would grant more than 800,000 noncitizens the right to vote in municipal elections to become law on Sunday.

“I believe that New Yorkers should have a say in their government, which is why I have and will continue to support this important legislation,” the mayor said in a statement.

“I look forward to bringing millions more into the democratic process,” he added.

The measure applies to legal residents, including those with green cards and so-called Dreamers who were brought to the country illegally as children but were allowed to remain under a federal program known as DACA. Although the City Council approved the bill last month, New York law provides the mayor the opportunity to veto it within 30 days. Without any action, the bill passes into law automatically, as happened with this measure.

An estimated 808,000 adults will be eligible to vote beginning Jan. 9, 2023, according to the City Council. They will be able to vote in primary and general elections for citywide contests, like those for mayor and public advocate, as well as in local races, like those for council members and borough presidents. The law does not allow noncitizens to vote in state or federal elections.

New York is not the first city to implement such a measure — similar policies exist in Vermont and Maryland, and are under consideration in Illinois, Maine and Massachusetts — but it is the largest to do so.

The measure stands in sharp contrast to other efforts nationwide to limit the right to vote. In August, Texas passed a bill limiting the use of absentee voting and drop boxes, and empowering partisan poll watchers. That measure has been challenged by the Justice Department, which contended that the law disenfranchised older, disabled and non-English-speaking voters.

Mr. Adams’s hesitation over the bill concerned the clause allowing noncitizens to vote after 30 consecutive days in the city — a period he worried might be too short. But he said he changed his mind after consulting with colleagues.

“After hearing their rationale and their theories behind it, I thought it was more important to not veto the bill, or get in the way at all,” he told Jake Tapper on CNN’s “State of the Union.”

Former Councilman Ydanis Rodriguez, who sponsored the measure and has since been nominated by Mr. Adams to serve as transportation commissioner, praised the mayor on Twitter, saying it was “no surprise” that he backed the bill.

“Eric has shown once again his relentless commitment to our immigrant communities,” he said.

Opponents of the measure argued that it could discourage immigrants from seeking citizenship, and might not be constitutional. The Republican National Committee filed suit against two Vermont cities in September over similar voting expansions, saying they violated that state’s Constitution.

The residency requirement in the New York City bill mirrors the voting law in New York State, which requires one to reside in the county, village or state where they are registered for at least 30 days before casting a vote.

Murad Awawdeh, the executive director of the New York Immigrant Coalition, an umbrella organization representing hundreds of immigrant and refugee groups, cheered the bill as “the largest expansion to our democracy in the past century.”

“Immigrant New Yorkers will have the opportunity to be a part of the process and will no longer be rendered invisible,” he said.