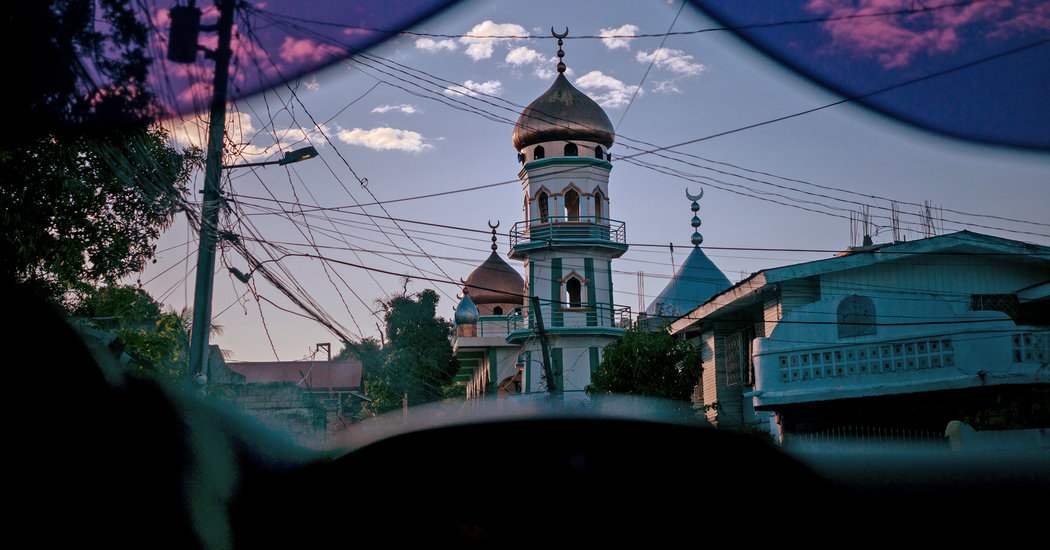 BANGKOK — The faithful prayed by the thousands, hands and faces washed at communal taps to signify their purity. They crowded around platters on the floor, scooping up coconut rice with their right hands in the traditional way. And they slept in the mosque or in tents set up in the religious compound, rows of pilgrims from nearly 30 countries, gathered in Malaysia for spiritual renewal.

Three weeks later, participants in the 16,000-strong gathering of the world’s biggest Islamic missionary movement had spread the coronavirus to half a dozen nations, creating the largest known viral vector in Southeast Asia.

More than 620 people connected to the four-day conclave have tested positive in Malaysia, prompting the country to seal its borders until the end of the month. Most of the 73 coronavirus cases in Brunei are tied to the gathering, as are 10 cases in Thailand. At least three coronavirus deaths have been linked to the event.

“We talked about religious concepts and our faith in God, not the coronavirus,” said El Matly, a Cambodian seller of used phones who participated in the conclave.

After returning home, Mr. El Matly and 22 other Cambodian pilgrims tested positive. Two of their wives are also sick.

The outbreak underscores how the pandemic’s momentum has moved beyond China, where the virus emerged. And it has thrown a spotlight on Tablighi Jamaat, a century-old missionary movement whose wandering bands of preachers depend on the charity of mosques to shelter them.

Known in parts of Southeast Asia as Jemaah Tabligh, Tablighi Jamaat is one of the largest faith-based movements in the world, according to the Pew Research Center, and it counts politically influential people among its followers.

The group’s message: Return to the way life was during the time of the Prophet Muhammad. Dress the same way, pray the same way. Some even advocate using wooden sticks as toothbrushes. At conclaves attended by thousands of people, Tablighi Jamaat’s adherents pray and eat together in mosques.

Faith provides solace in uncertain times, but mass religious experiences are also proving to be dangerous multipliers of the coronavirus.

South Korea’s outbreak, which for weeks was the worst outside China, originated from a secretive sect called the Shincheonji Church of Jesus. Thousands of the church’s followers and people who came into contact with them have tested positive.

Two of the biggest viral clusters in Singapore have been connected to churches. Pilgrims returning from the holy city of Qom in Iran have spread the virus through Central and South Asia.

And despite government warnings about the danger of convening large groups of people during a pandemic, mass religious assemblies are continuing. India is urging Hindu pilgrims not to come to the state of Uttar Pradesh next week for a nine-day celebration that hundreds of thousands had planned to attend.

Even as coronavirus cases from its Malaysia gathering surged, Tablighi Jamaat had been planning another multiday event on the island of Sulawesi in Indonesia, which was set to begin on Thursday and run through this weekend.

After a public outcry, the Indonesian presidential spokesman announced that the Sulawesi meeting was off, on the very morning it was to begin. But nearly 8,700 worshipers from 10 countries had already congregated in the town of Gowa, crowding into tents and sharing food, just like in Malaysia.

“None of us have a fear of corona,” said one of them, Roni Arif, the head of a community health center in Mamuju, Sulawesi. “We are afraid of God.”

On March 2, Indonesia, the world’s fourth most populous nation, had only two confirmed coronavirus cases. As of Friday, that figure had risen to 369, with 32 deaths. A cabinet minister is among those who have tested positive.

“All sickness and all health is from God,” said Mr. Roni, who is employed on the local level by the ministry of health. “Whatever happens to us is God’s will.”

Founded by an Islamic scholar in India in the 1920s, Tablighi Jamaat is tight-lipped about its membership, but high-ranking politicians and their relatives have been linked to the group. The son of Indonesia’s defense minister was a member. Western governments have tied Tablighi Jamaat to the recruitment of militants, accusations its followers deny.

Mr. El Matly, the Cambodian who contracted the coronavirus in Malaysia, said he had attended Tablighi events across Southeast Asia.

“I can afford it, and I think it’s good if I spend my money on religion,” he said.

At the Malaysian assembly, Mr. El Matly slept in the main prayer hall, where rows of mats were placed about a foot and a half apart, he said. Others sheltered in tents that could hold up to 200 people.

“There was no announcement on virus protection,” he said. “I would not have gone if I had known there was a virus there.”

The Tablighi conclave in multiethnic Malaysia took place as the country was locked in a political showdown between a reformist, multiracial bloc and a conservative faction looking to increase the power of Malay Muslims. By the final day of the Tablighi gathering, a new prime minister had been sworn in, backed by a coalition including an Islamic party that has campaigned to turn Malaysia into an Islamic state.

As Malaysian health officials tried to track the spread of the coronavirus through the region, others in the political establishment were preoccupied with the unfolding leadership crisis. Tablighi participants were getting sick, but members of the new Malaysian government focused on damage control.

“The likelihood of dying from the coronavirus is only 1 percent, while the possibility of dying at any moment is 100 percent,” wrote Siti Zailah Mohd Yusoff, the deputy minister for women and family development, on Twitter.

The health ministry initially said that 5,000 Malaysians had attended the Tablighi conference. Days later, the number was revised to about 14,500 Malaysians and 1,500 foreigners.

Among the devotees were hundreds of Rohingya Muslims from Myanmar, who had escaped persecution back home for lives as undocumented workers in Malaysia. Locating them is proving to be difficult.

With its viral caseload proliferating in the wake of the Tablighi gathering, Malaysia on Wednesday closed its borders to nearly all travelers until March 31. With rare exceptions, no Malaysians are allowed to leave the country and no foreigners are allowed to enter. Only essential businesses can stay open. Mosques are closed for Friday prayers.

On Thursday, the Ministry of Foreign Affairs said the 83 Malaysians who had gone to Indonesia for the Tablighi event there would be allowed to come home and would be screened for the coronavirus.

Tablighi followers had been streaming into Gowa, the town where the Indonesian gathering was to take place, for days. The abrupt cancellation has left many of them stranded.

Nurdin Abdullah, the governor of South Sulawesi, said that all foreigners who had gathered in Gowa would be isolated in a hotel and escorted to the airport. In the meantime, Indonesians were still passing the time in tents on Thursday, reading religious texts and discussing theology with scholars.

“It’s not reckless for us to have come here and gathered in big groups,” said Ilman Murgan, a farmer. “It’s important for us to learn how to draw ourselves closer to God.”

On Thursday, another religious assembly, this one involving Catholics, took place on the island of Flores, further east in Indonesia. About 2,000 people, including nuns in starched habits, squeezed into a church to celebrate the ordination of a bishop.

The Indonesian minister of information had flown in to join the celebration. But he left after the National Disaster Mitigation Agency advised on Thursday morning that it, like other large social gatherings, should be canceled. The cardinal went ahead with the event.

Hans Jeharut, a priest who attended the four-hour ordination, said that at least 30 bishops were among the congregants. Participants’ temperatures were taken twice. There had been no bishop in the area for more than two years, Mr. Jeharut said, and canceling the celebration would have disappointed the diocese.